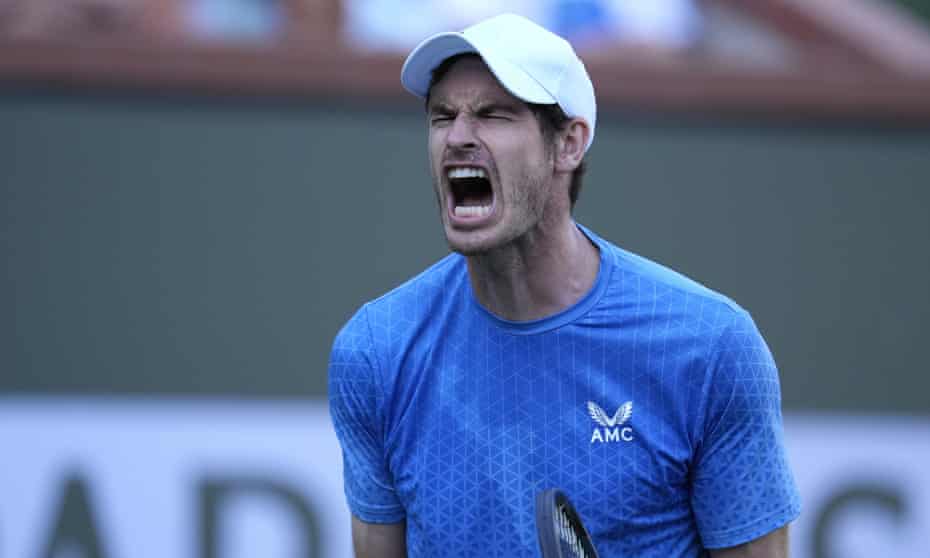 In the build-up to his first Masters 1000 match against a top-five player in five years, Andy Murray had made his intentions clear. While Alexander Zverev, one of the most in-form players right now, was the overwhelming favourite, the Scot was here to win and remained confident in his ability to beat the German – and win tournaments.

That did not transpire, and in the immediate aftermath Murray will take nothing but frustration out of the opportunities he missed in a turbulent match. But once again Murray competed with a top player on equal terms and created opportunities for far more. In the end, Zverev demonstrated his quality by securing his 19th win in 20 matches with a 6-4, 7-6(4) win over Murray. Zverev has now defeated all members of the “big four”.

The match-up was already notable due to recent issues. A year after Zverev’s ex-girlfriend, Olya Sharypova, alleged that he had been abusive during their relationship, the ATP announced last week that it would conduct an investigation into the claims, a move which Zverev said he welcomed. The 24-year-old has “categorically and unequivocally” denied having abused Sharypova and said that his lawyers had initiated legal action against the publisher. Murray had been one of the most prominent voices calling for the ATP to develop a domestic abuse policy and to investigate those allegations.

Murray opened the match serving well in the early moments, injecting more pace into his first serve as Zverev initially struggled. He also imposed himself on return by standing well inside the baseline to return Zverev’s serve before taking his typical step forward. The German immediately blinked and Murray broke to lead 2-0.

Such is his confidence, Zverev remained composed in the early stages even after Murray saved two break points to hold for 3-0 in a 10-minute game, and he slowly settled. He held serve and spent the rest of the first set inching closer to the baseline while smothering Murray with direct, attacking tennis directed by his previously volatile forehand. Zverev finished the opening set with 12 forehand winners while Murray, who offered little resistance as the scoreline swung, managed just one.

Murray searched for a solution in the second set, and he found it by essentially throwing the kitchen sink at his opponent. He opened the set by successfully eliciting forehand errors from the German with loopier balls, but then as the set progressed he brought out an increasing number of drop shots, to mixed success, and he injected far more pace into his forehand. He broke again in the second set and then, once Zverev recovered it, powered through service games.

But a sloppy run of errors was never too far away and they arrived at 5-5, just as Zverev had started to consistently strike his forehand again. Under immense pressure from the No 4, Murray double faulted on break point at 5-5. After snatching one final break at the close, Murray played an average tiebreak that finished with a desperate point as both players stood at the net.

Murray left the court cursing loudly as he hit himself in the face. When a journalist in his press conference suggested that he had played well, he laughed out loud. “I don’t think I played well today. I mean, there’s a lot of mistakes. There was some good stuff in there, but it was mixed in with bad. There was no sort of, like, consistency, I don’t think. My average level was just not really there today. It was either good or bad. Yeah, I wouldn’t put that down as playing really well,” he said.

In the first half of the year, when Murray was constantly struggling with his fitness, he motivated himself with the thought that if he could just enjoy a period of fitness the quality of his game was largely untouched. Murray says that he now feels as fit as he has done for a long time, as evidenced by his strong recovery after a three-hour second-round win over Carlos Alcaraz. And yet, he says that he is “battling” his game. “The consistency isn’t there,”he said. “The decision making is not great in the important moments still. They are sort of the moments that I was always – I think for the most part – very strong in, and I haven’t been this year. So disappointed with that.”

In recent weeks Murray has been keen to make it clear that he is here to win these matches, not to settle for good performances. When he defeated No 26 Ugo Humbrt en route to his first ATP quarter-final since 2019 in Metz, he pointedly described his week as “disappointing”. His reaction here was no different, but there is great value in competing so closely with one of the most in-form players on the tour. In time, he will take those positives and keep on moving.

In the women’s draw, Iga Swiatek, the second seed, was unable to match the vicious, clean shotmaking of a soaring Jelena Ostapenko in a clash of former French Open champions as Ostapenko won 6-4, 6-3. Victoria Azarenka, who defeated her compatriot Aliaksandra Sasnovich 6-3, 6-4, is the only former WTA 1000 titleist left in the draw.

Why Dak Prescott’s touchdown was overturned, ruled a fumble in Cowboys vs. Patriots