With the evening sunshine still beating down on the Vicarage Road technical area in the aftermath of the 3-2 defeat to QPR, a Watford club official told The Athletic that nothing had materially changed in Ismaila Sarr and Joao Pedro’s respective situations, and that no further bids had been received for either.

Gino Pozzo and his hierarchy know full well, that whilst they have a big say in what happens next, they can’t control a transfer market which has a tendency to lean towards frenzied rather than considered in the final days before the deadline. What clubs may be prepared to offer between now and 11pm on September 1 may test the club’s resolve.

Not many Championship squads have two prized assets worth over a combined £50 million sitting in the shop window, which will make the coming days, including another game on Tuesday against Middlesbrough, nervy to say the least for all parties involved.

“Stuff does get talked about, by staff as well as players,” said head coach Rob Edwards in a club interview. “There are uncertainties around and you can’t get away from that, really. Without going as far as to say we’ve embraced it, I feel we’ve managed to crack on well in spite of some of the things that have been thrown our way.”

The fact that both Sarr and Joao Pedro featured in the game against QPR was a sign that things had and hadn’t moved on in two regards. Firstly, the respective hamstring and calf complaints reported prior to the Preston game had recovered, and secondly that they weren’t being wrapped in cotton wool pending prospective moves that surfaced after the game at Deepdale. 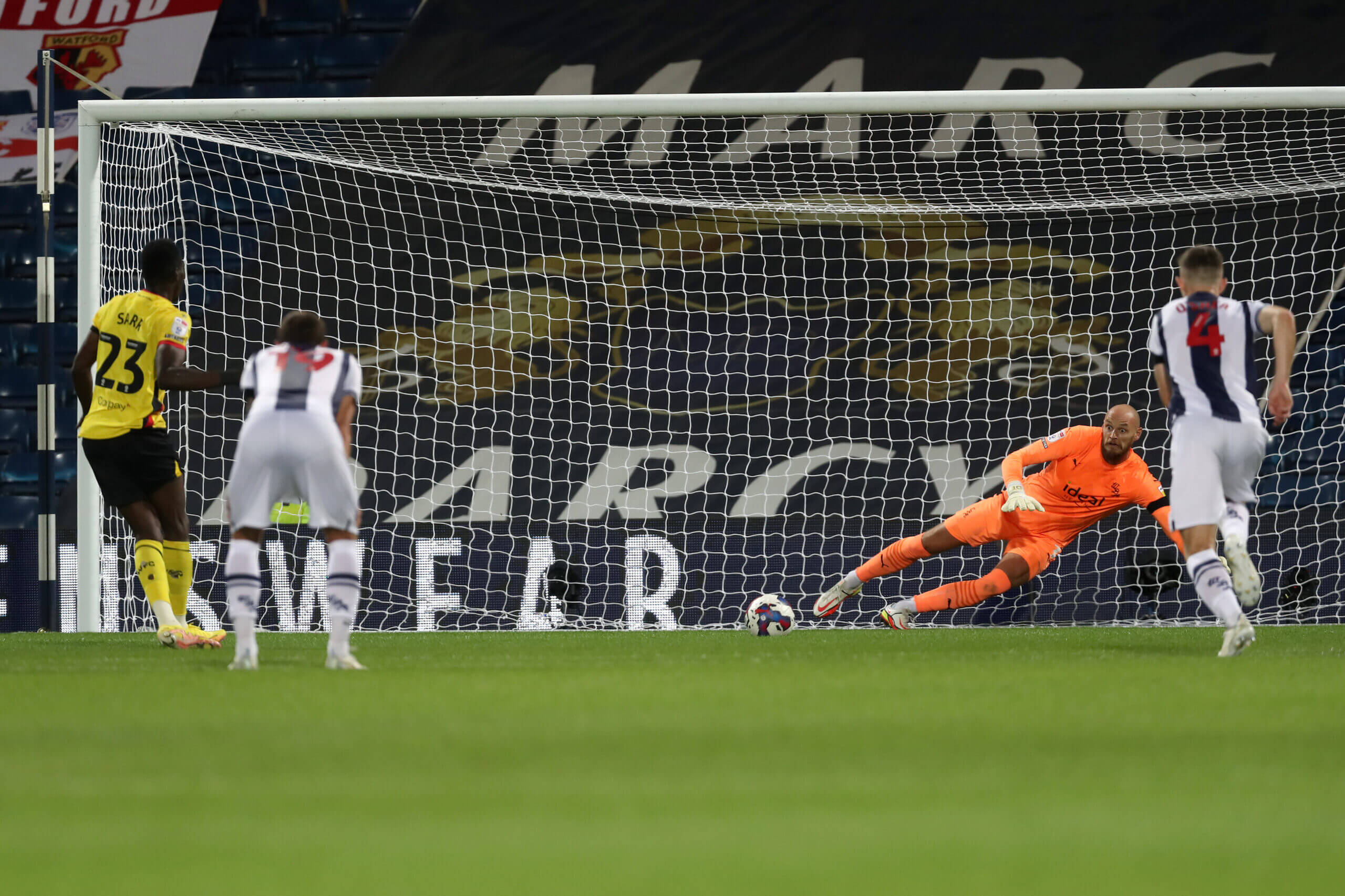 “Preston was the first game we’d played without Joao, Isma and (Emmanuel) Dennis, obviously, for differing reasons as you are aware,” explained Edwards. “We had to adapt more than once during the trip up there, so I’m pleased the squad coped with that need for flexibility because there’s been a lot of noise about our players during this transfer window.”

The noise isn’t helpful to Edwards as he tries to negotiate the early days of his tenure. Two home defeats in a week – the 2-0 Carabao Cup exit to MK Dons and first league defeat of the season against QPR – won’t have helped his mood.  He insisted in the build-up to the game that he has an input in every piece of transfer activity at the club.  If either Sarr or Joao Pedro do leave, finding the right replacement, and fast, will be pivotal to his chances of success.

The plan when engaging in negotiations with Aston Villa over Sarr was supposed to see Edwards rewarded with striker Cameron Archer on loan in return, a player that he had earmarked as someone who could help the cause. With that now unlikely after the move broke down, making sure the right player comes in if required is the next test with time tight.

Sarr’s representatives are continuing talks with interested parties and options are still being explored. That may lead to the situation progressing to formal offers before the deadline. As many as three clubs are said to be monitoring the situation and considering their next move. Crystal Palace are known to be interested in signing the Senegalese. Whether they would be willing to exceed the £25 million fee (plus add-ons) offered by Villa is another question. Watford are willing to offer him a new deal.

Joao Pedro’s representatives told The Athletic that a move to Newcastle was “almost done” by Tuesday, since then the move has melted away. The Premier League club are said to be pursuing other priorities after signing Alexander Isak from Real Sociedad, and while it doesn’t appear to have been as categorically ruled out as Sarr to Aston Villa, it certainly has lost momentum.

The Brazilian set up Watford’s first and scored the second equaliser against QPR, tapped his badge and made a heart shape to the crowd with his hands, which appeared to give some encouragement that he may be sticking around. His determined trudge straight off the field at full time and down the tunnel without so much as a backward glance slightly took the shine off the previous wholesome moment. Albeit, it had been a disappointing afternoon, which highlighted that – notwithstanding the potential big outgoings – Watford’s team still isn’t functioning as Edwards would like. “After six league games we’re not where we want to be yet,” conceded the head coach.

Keeping hold of or replacing key attackers may be the main storyline prior to Thursday’s deadline, but other areas are sure to be under consideration. It’s likely to have been galling to those decision-makers who decided against following up initial interest in Manchester United’s Ethan Laird. Instead, QPR snapped him up and the right-back played his part by setting up the visitors’ second goal. Watford have swapped Kiko Femenia for Mario Gaspar, who is still finding his feet in English football and, unlike his predecessor in that position, hasn’t yet clicked with Sarr on the right flank amid switches from three to four at the back.

It’s unclear whether Jeremy Ngakia has a future on that side, but his prospective move to Hull never materialised despite interest. Instead, they opted to sign Cyrus Christie (free agent after leaving Fulham), another player on Watford’s radar prior to opting for Gaspar.

There’s been a huge amount of change in the Watford squad already: twelve departures from those that played for the first team and nine new faces. Keinan Davis and Kortney Hause (both on loan from Aston Villa) are expected to help the look and balance of the team, while the return of Imran Louza to the midfield next month after injury will add another important dimension. The squad, head coach, hierarchy and fanbase will hope they can all be integrated alongside Sarr and Joao Pedro in a post-deadline day world.

There are lies, damn lies, and then there is Home Office propaganda about migrants

Is it time we ditched the word ‘gardening’? | Gardening advice