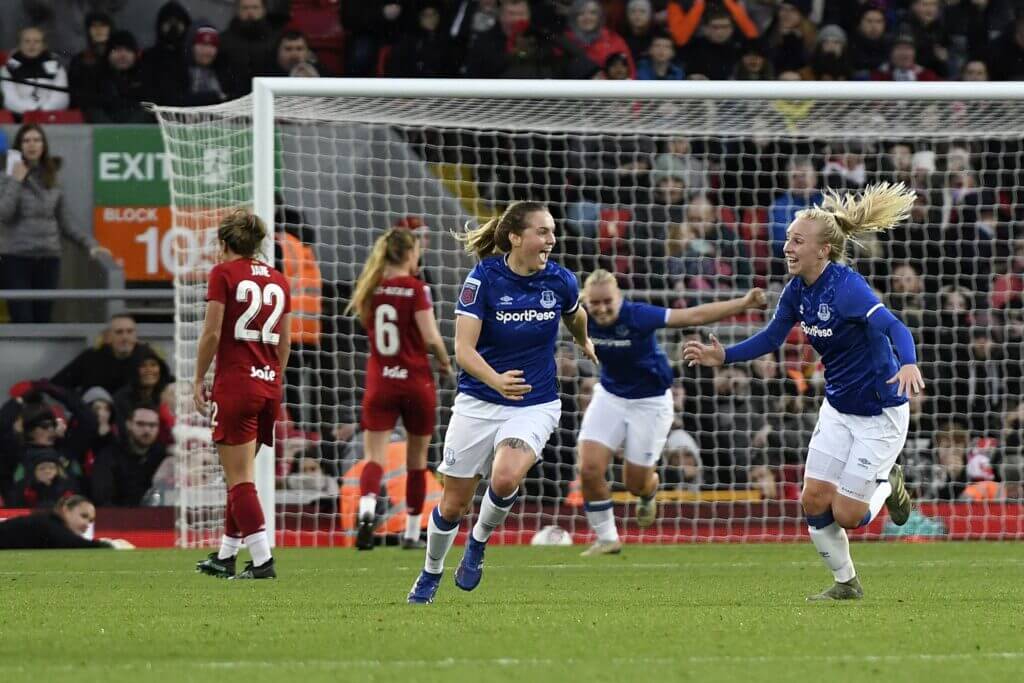 The first Merseyside and Manchester derbies of the new Women’s Super League campaign will take place at Anfield and the Etihad Stadium respectively.

It will be the first time Liverpool Women have played a Women’s Super League match at Anfield since November 2019.

They also played Everton Women on that occasion with Liverpool losing the derby match 1-0 thanks to a goal by Lucy Graham.

A crowd of 23,500 attended the match in what was the first ever WSL match ever to be held at Anfield.

Manager Matt Beard: “It’s going to be a fantastic occasion. Watching the last game in 2019, with more than 23,000 in the stadium, the atmosphere sounded unbelievable.

“The Merseyside derby is the first fixture I look for as we really missed the game last year. It’s great to be playing Everton again and even better that it will be at Anfield.

“Anfield may be a little more accessible than Prenton Park for a lot of our supporters and hopefully they will come along next month and then start to make the trip to see us even more often.”

The Manchester derby between City and United is set to be played at the Etihad on either December 10 or December 11.

The Manchester derby at the Etihad drew a then-WSL record crowd of 31,213 supporters as City won 1-0.

Manchester City Women head coach Gareth Taylor said: “This is amazing news and something to look forward to for the new season.

“For the derby at the Academy Stadium earlier this year, it was amazing to see a sell-out crowd there and the demand for tickets was unbelievable.

“A Manchester derby always has a little added spice, but to bring it back to the Etihad again — especially with the growth of the league over the last few seasons — will bring it to another level.”

Stamford Bridge will also play host to WSL football with Chelsea Women’s fixture against West Ham United on September 11 scheduled to be held there.

Emma Hayes’ side, who are aiming to win a record fourth consecutive league title, will kick off the new season in front of their fans at Stamford Bridge.

The reigning champions also started the league campaign at Stamford Bridge in September 2019 when they defeated Tottenham Hotspur 1-0 in front of over 25,000 supporters.

England’s impressive run to the European Championship final is currently gripping the nation with the Lionesses taking on Germany in Sunday’s final.

The aforementioned games will give more fans the chance to see England’s stars up close.

In brief: Small Fires: An Epic in the Kitchen; This Beating Heart; The Latecomer – reviews