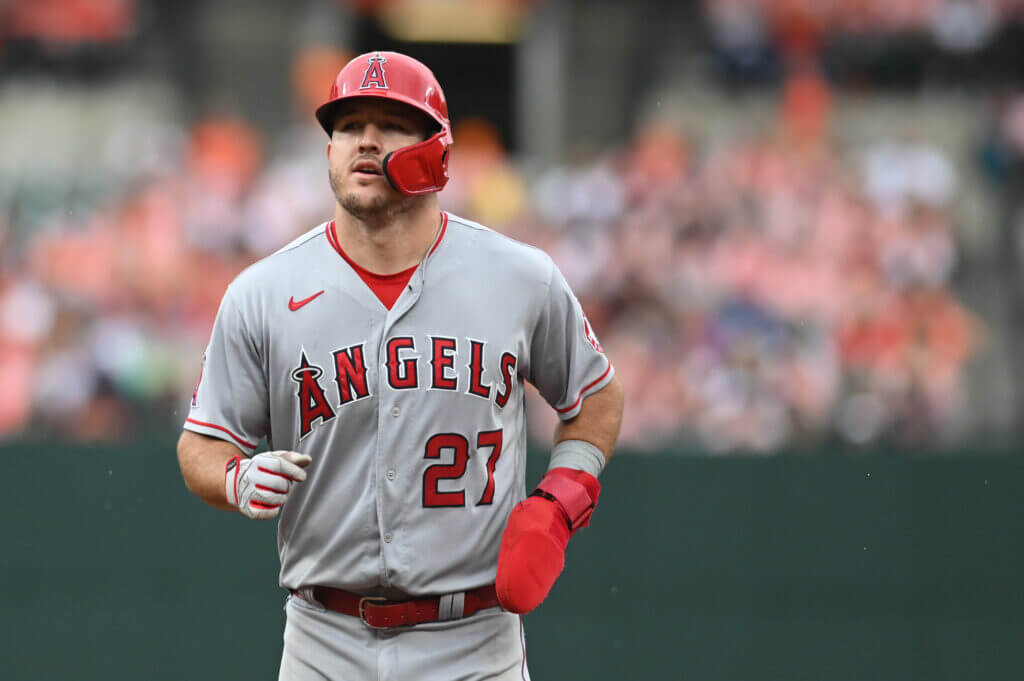 Angels star Mike Trout said he’s no longer dealing with pain in his back and plans to begin rotational work in the middle of the week. Trout said he saw spine specialist Dr. Robert Watkins on Thursday and was encouraged by the prognosis.

Mike Trout said he will start rotation work on Wednesday and can hopefully swing a few days after that. He sounded very optimistic about a return in the not too distant future.

Trout has been out since July 12. He was taken out of the game that night with back spasms, then went on the injured list a week later with rib cage inflammation. He has since been diagnosed with costovertebral dysfunction at T5 — a condition where the ribs and the vertebrae are irritated.

There was concern on Wednesday when Angels athletic trainer Mike Frostad expressed concern about the possibility that Trout’s injury could be long-term, and that he might have to deal with the back condition for the rest of his career.

“I think we have to have some concern on that,” Frostad said when asked about Trout being out long-term. “… We do have to look at this as something that — he has to manage it, not just through the rest of this season, but also through the rest of his career probably.”

Frostad did not speak with reporters again on Sunday.

Trout said he hopes to begin swinging a bat in a couple of days after he begins his rotational work in the gym. He plans to still be able to play this season, which has 60 games remaining after Sunday.

Trout said the doctors told him his issue would go away with time. He will have to build up his strength around the affected area and keep the same routine before games.

“It went from my career is over to now I’m going to hopefully play here soon,” Trout said. “It’s just one of those things, it’s scary. It’s a back thing. Baseball players, you go through stuff. I get it.

“You like hearing news when you talk to a doctor who knows what he’s talking about. And Watkins is one of the best.”

Trout said he didn’t know if the condition is one that he’s always had and it just manifested now, or if it’s something he developed at this stage because of his repeated swings. He did say he had been swinging a lot more than he normally did, and that could have been why it flared up.

Angels interim manager Phil Nevin said he’s excited with how Trout feels and the progression that’s been made and called the news “definitely encouraging.”

The tone from Sunday was optimistic, tamping down the concern that was raised on Wednesday by the team’s trainer. Trout remains confident after his doctor visit this week that he’ll be back playing sooner than later.

“It’s always good to hear that,” Trout said. “He didn’t have any concern, and I don’t either. It’s feeling better.”