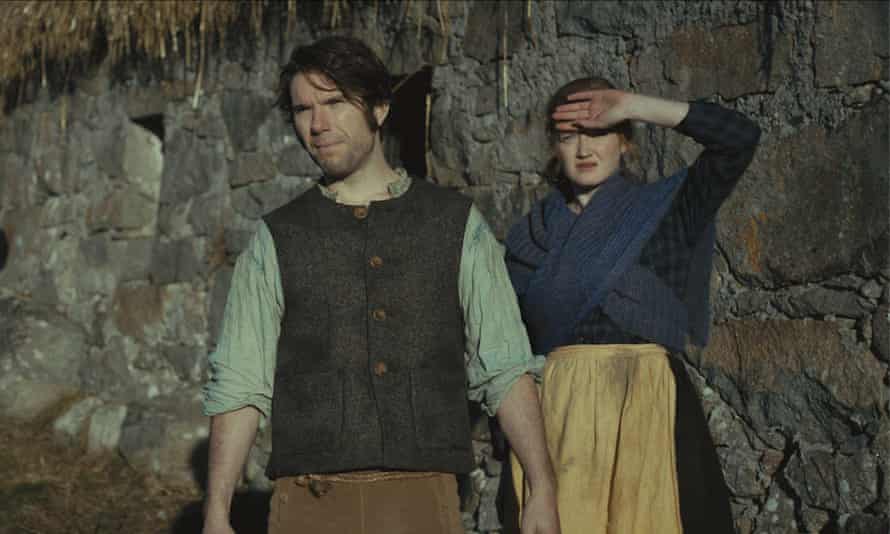 Director Tomás Ó Súilleabháin’s beautifully shot film takes on one man’s battle with the British, but without judgment

It’s 1847: an Irishman sings a murder ballad about folk hero Colmán Sharkey, a peasant who shot dead his landlord. But the story that emerges in this tough atmospheric drama is that the killing did not go down like that. Set during the potato famine, Arracht is in Gaelic with English subtitles (it was Ireland’s foreign film Oscar entry) and stars Dónall Ó Héalai as Connemara fisherman and farmer Colmán, who brews poteen on the side to trade in the village. His character is unsatisfactorily written, to be honest: too saintly by half, he won’t touch a drop of his own liquor and there are a few too many scenes of him doting on his wife and his baby son.

The film opens two years before the ballad, at the beginning of the great famine. Colmán finds his potatoes rotting in the field, afflicted with potato blight. At the same time his Anglo-Irish landlord (Michael McElhatton) is putting up the rates; Colmán decides to pay him a visit to reason with him. Director Tomás Ó Súilleabháin plays out these scenes brilliantly: rather than make the landlord a cruel, easy-to-hate villain, he’s instead monumentally clueless. Colmán warns him that half the village will be in their graves by spring. Nonsense, exclaims the landlord, and in a let-them-eat-cake moment explains that a little hardship will be good for the people and will wean them off their dependency on potato crops.

After a massacre in the landlord’s house, Colmán goes on the run, hiding out in a cave for two years, where he takes in a half-starved orphan girl. And here Arracht begins to look like a survival movie, the wild wintry Galway coastline beautifully shot by Kate McCullough. Ó Héalai dropped four stones for the film and he looks the part, scarily emaciated, cheeks hollowed out. But for me, these stretches of Colmán in the elements, smoking fish and grinding seaweed into medicine, took the power and intensity down a notch or two.