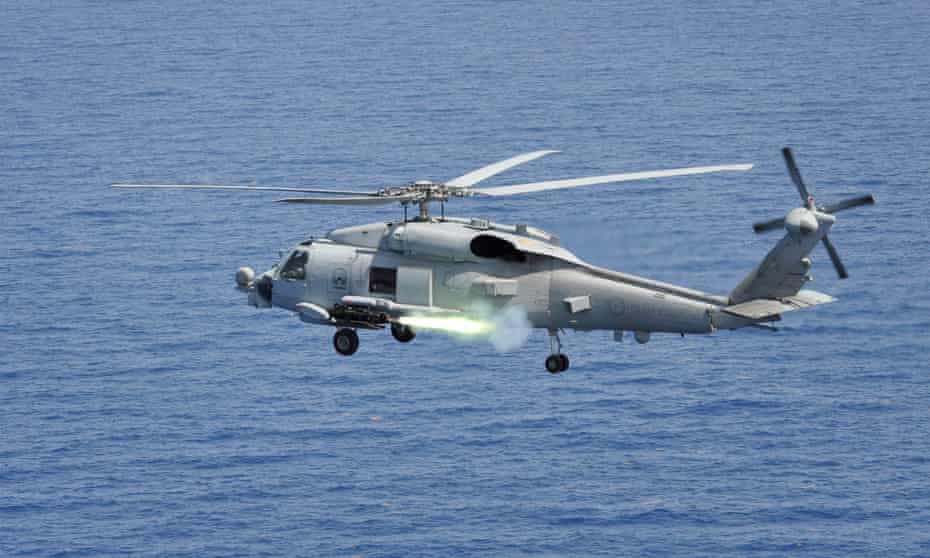 Three Royal Australian Navy crew members have been rescued with minor injuries after their helicopter ditched in the Philippine Sea.

The navy’s MH-60R Seahawk fleet has been grounded after a helicopter got into difficulty and made an emergency landing on Wednesday night.

The defence minister, Peter Dutton, said an investigation was being conducted into what went wrong.

“It got into difficulties, they’re not sure yet what went wrong but the most important thing is that the crew members were rescued … and they were brought back on to the vessel about 20 minutes later,” he told 2GB radio on Thursday.

“So minor injuries, their families have been notified, but I guess it just underscores the difficult work and the dangerous work that the men and women of our Australian defence force undertake.”

The commander of the Australian fleet, Rear Admiral Mark Hammond, confirmed the MH-60R Seahawk fleet had been temporarily grounded during the investigation.

“With the aircrew safe, investigating the circumstances that led to the helicopter ditching is the priority at the moment,” he said in a statement.