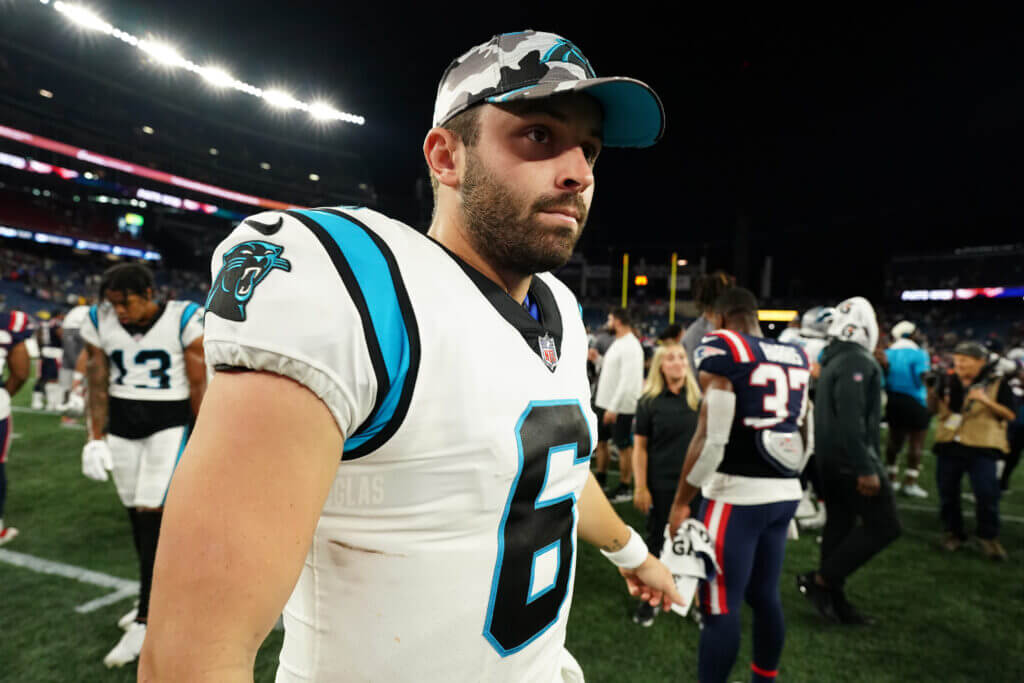 The Carolina Panthers made it official Monday. Baker Mayfield will start at quarterback for the team’s Sept. 11 season opener against his former team, the Cleveland Browns.

Mayfield had been competing with Sam Darnold for the starting spot since being acquired from the Browns this offseason. The Athletic reported last week that the Panthers were expected to name Mayfield their Week 1 starter.

“When we started this process, we were looking at three things,” coach Matt Rhule said in a release. “Number one, mastery of the offense, number two, situational football excellence, and number three, moving the ball and getting guys involved. That’s been our focus all along…Baker has made a lot of improvement, a lot of growth in all three areas in a short amount of time.”

Rhule had previously indicated he could decide between Mayfield and Darnold by their preseason game against the New England Patriots on Friday, though neither quarterback took any snaps in that contest. Panthers rookie QB Matt Corral suffered a likely season-ending Lisfranc injury in the 20-10 defeat.

Mayfield, who played one series during the Panthers’ preseason game against the Washington Commanders, played 14 games during the 2021 season, recording 3,010 yards, 17 touchdowns and 13 interceptions.

“The reality of this league is most teams will play multiple quarterbacks,” Rhule said. “Sam has worked incredibly hard, played really well for us during training camp, and will be ready to go if and when it’s needed.”