Where were the fireworks, Kevin Pritchard?

Where were the big, bold, upper-case moves, the move-ups, the move-backs, the much-expected trades of Malcolm Brogdon and/or Myles Turner?

This was supposed to be a loud, franchise-altering Pacers draft, clearly their most important draft in several decades, a chance to reshape a team that bottomed out (we think) last year with 25 victories.

Remember how Pritchard, the Pacers president, talked about the possibility this would be like his 2006 draft in Portland when he made a draft-day-record six trades to put the Blazers in a position to draft LaMarcus Aldridge and Brandon Roy? 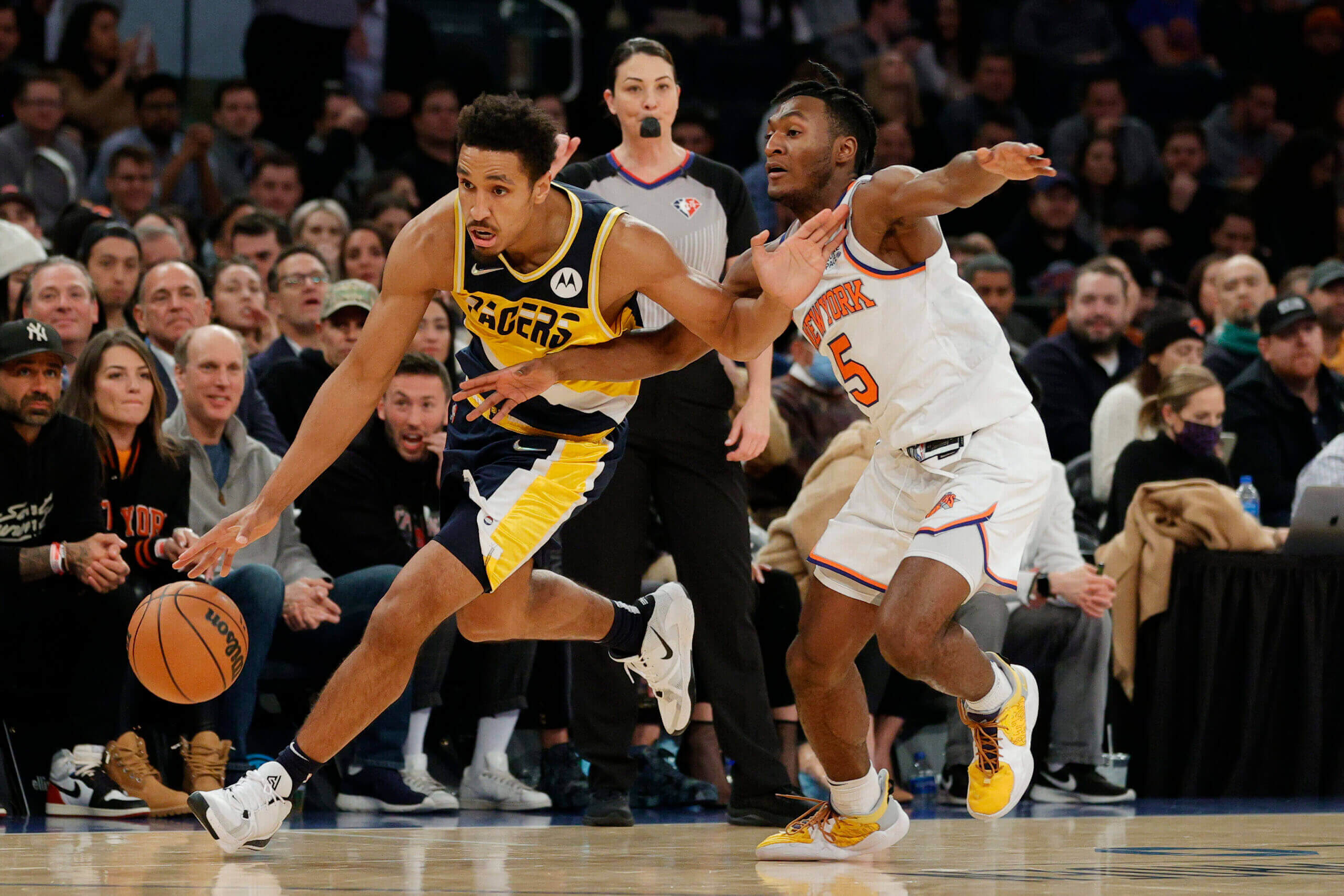 The NBA Draft came and went with Malcolm Brogdon still a member of the Pacers. (Sarah Stier / Getty Images)

That’s absolutely no reflection on the Pacers’ first-round pick, Arizona wing and No. 6 choice Bennedict Mathurin, who has a chance to be a very fine player — even a star. At this point, who knows? The raw material is there, but what will he become? Maybe the best thing is, that Mathurin seems to want to be here (worth noting: at one point, Paul George and Victor Oladipo wanted to be here, too). Mathurin and his agent ran into general manager Chad Buchanan at the draft lottery and made it clear they thought the University of Arizona wing was a great fit for this organization.

Mathurin has an inspiring backstory and came across at his Pacers’ workout and post-draft interview as a perfectly pleasant, thoughtful, worldly young man who grew up in a rough Montreal neighborhood, lost his brother when he was 12 years old and was forced to grow up quickly as life’s challenges crossed his path. As a teenager, Mathurin, who spoke only French and Creole at the time, took the leap of faith to play in the NBA Academy in Mexico City, where he lived by himself, learned a new language and, in his words, “ate a lot of tacos.” To watch him embrace his mother and sister Thursday night at Barclay’s was to be inspired by this young man’s journey to draft night.

“This is a player that we have targeted for quite some time because we believe he has the ability to contribute immediately and become a key part of our foundation moving forward,” Pritchard said of Mathurin.

But when Purdue star Jaden Ivey remained available at No. 5, where he was scooped up by the hyper-active Pistons, it’s hard not to think of what might have been. (For what it’s worth, Ivey wasn’t getting past Detroit, which is salivating over the prospect of a Cade Cunningham-Ivey backcourt.)

This is no reflection on Gonzaga’s Andrew Nembhard, the 31st pick, either. Or Baylor’s Kendall Brown at 48, for that matter. I’m not entirely sure where Nembhard, another guard, fits in with the team’s glut at the guard position; weren’t there any enticing forwards out there? But he’s a cerebral lead guard who is terrific in the pick-and-roll and figures to find a spot in the rotation.

Fireworks were expected. They were not delivered. How is Brogdon, who doesn’t fit on this team and doesn’t fit the Pacers’ rebuilding timeline, get through draft night without being moved? The talk was he would be dealt in exchange for a mid-first-round pick. Never happened. Will it happen eventually? Hard to see how he isn’t wearing another uniform next year.

As for Turner, this isn’t a complete shocker. There was a lot of talk he would be dealt, but it’s been my understanding the Pacers want to see how he fares as the team’s undisputed 5-man on both ends of the floor, rather than mixing and matching with Domantas Sabonis. If he remains, this will be a perform-or-else kind of season for him; if he doesn’t improve dramatically, the Pacers will have no choice but to move him by the trade deadline. Seriously, has anybody spent more time being the subject of trade rumors than Turner? And with him heading into the final year of his deal, that’s not going to change any time soon.

Look, it’s not like the Pacers brain trust ordered a couple of pizzas to the draft room and sat on their hands while watching “Hustle” on Netflix. (Draft Bo Cruz!) They tried all sorts of moves, desperately hoping to secure a second first-round pick, preferably in the middle of the round.

But on draft night, the timing and the trade parameters weren’t right. Better to make no trade rather than a bad one, but there is no question, that it landed with a thud for a fan base that is desperate for massive change and was hoping to win draft night — as did Detroit GM Troy Weaver, who fell into Ivey and dealt back to grab Jalen Duren. That’s similar to what the Pacers wanted to do, but couldn’t, or wouldn’t, pull the trigger. And honestly, do you want Indiana dealing Brogdon for Russell Westbrook and a 2026 first-rounder? Please.

The truth is, there’s still plenty of time to make deals, especially after a relatively weak free-agent class that will have teams thinking trade down the road (the Pacers hope and pray). They also figure to have a significant amount of cap space, which always comes in handy.

“At certain price points, sometimes you have to walk away from deals if they’re not right for your team,” general manager Chad Buchanan said Thursday night. “It’s going to take some time (to rebuild the team).”

Changes are coming; shoot, they have to come. There’s no way Brogdon is still here when the Pacers open camp. And there are some questions, albeit not quite as many, about Turner, who is entering a make-or-break season. Buddy Hield? With all these guards on the roster, where does he fit in, even after playing fairly well during his late-season stint with the Pacers?

Again, no reflection on the draftees.

Mathurin, in particular, struck all the right chords when he came to Indy for his workout.

“When he came in for his workout in the morning, he came back at night and did another workout for coach (Rick) Carlisle,” Buchanan said. “He (Mathurin) thrives on getting better, thrives on coaching. That was something that really stood out to us. We’ve never had a draft prospect work out, shower, get something to eat and want to work out again. That was a very good sign for us that he wants to be in the gym.”

But they have no choice.

Pritchard and Co. were fully prepared to make significant noise Thursday night and had around two-dozen scenarios etched on their draft board. They were ready for action. But the deals weren’t right. Eventually, they will be and the Pacers will continue a rebuild that will take a few years to complete, but for one night, a night we all expected to be dominated by Indiana, this was a massive disappointment.