BOSTON — As the Red Sox prepare for what figures to be a busy offseason, much of the discussion has centered on what the team will do about a Rafael Devers extension and how they will handle Xander Bogaerts’ opt out.

And while those topics have dominated discussion for good reason, there are plenty of other pressing questions surrounding the team this winter, particularly regarding the rotation.

News of Chris Sale’s season-ending wrist surgery on Tuesday threw more uncertainty into the 2023 pitching picture, on a day when Rich Hill would give up four runs in four innings and the Red Sox would lose again, 9-7.

Sale, who had just started throwing again following surgery on his left pinky finger on July 18 when he was hit with a comebacker to the mound, fell off his bike near his home on Saturday. In the process, he broke his right wrist.

The Red Sox expect him back to full strength by spring training, but that was also the case this past season before he suffered a fractured rib in February and was sidelined for more than three months as that healed and he subsequently dealt with a family health issue. Sale pitched well enough in nine regular season starts last year after 17 months on the shelf recovering from Tommy John surgery, but tired at the end and in the postseason. So what’s the expectation going forward?

And moreover, what should expectations be for this entire rotation?

Nathan Eovaldi will be a free agent this winter, as will Michael Wacha and Rich Hill. Aside from Sale, Nick Pivetta and James Paxton are the only other starters under team control next season. Pivetta has posted an 8.69 ERA while allowing a 1.042 OPS in his last six starts since July 1. Paxton is still working his way back from Tommy John surgery and has a simulated game on Friday in Fort Myers, but has yet to go on a rehab assignment. He hasn’t pitched a full season since 2019.

Meanwhile, chief baseball officer Chaim Bloom admitted on Tuesday they aren’t sure how many innings they’ll be able to count on out of Sale for next season, even if he’s fully healthy.

“We obviously need to think through what that means as far as planning out a full season with him not having carried very much of a workload the last few years,” Bloom said.

What can they realistically count on from Chris Sale at this point? He hasn’t pitched anything close to a full season since 2019 and even that year ended prematurely with elbow inflammation in August. If Eovaldi departs in free agency, the Red Sox will need to invest in another top-line starter. 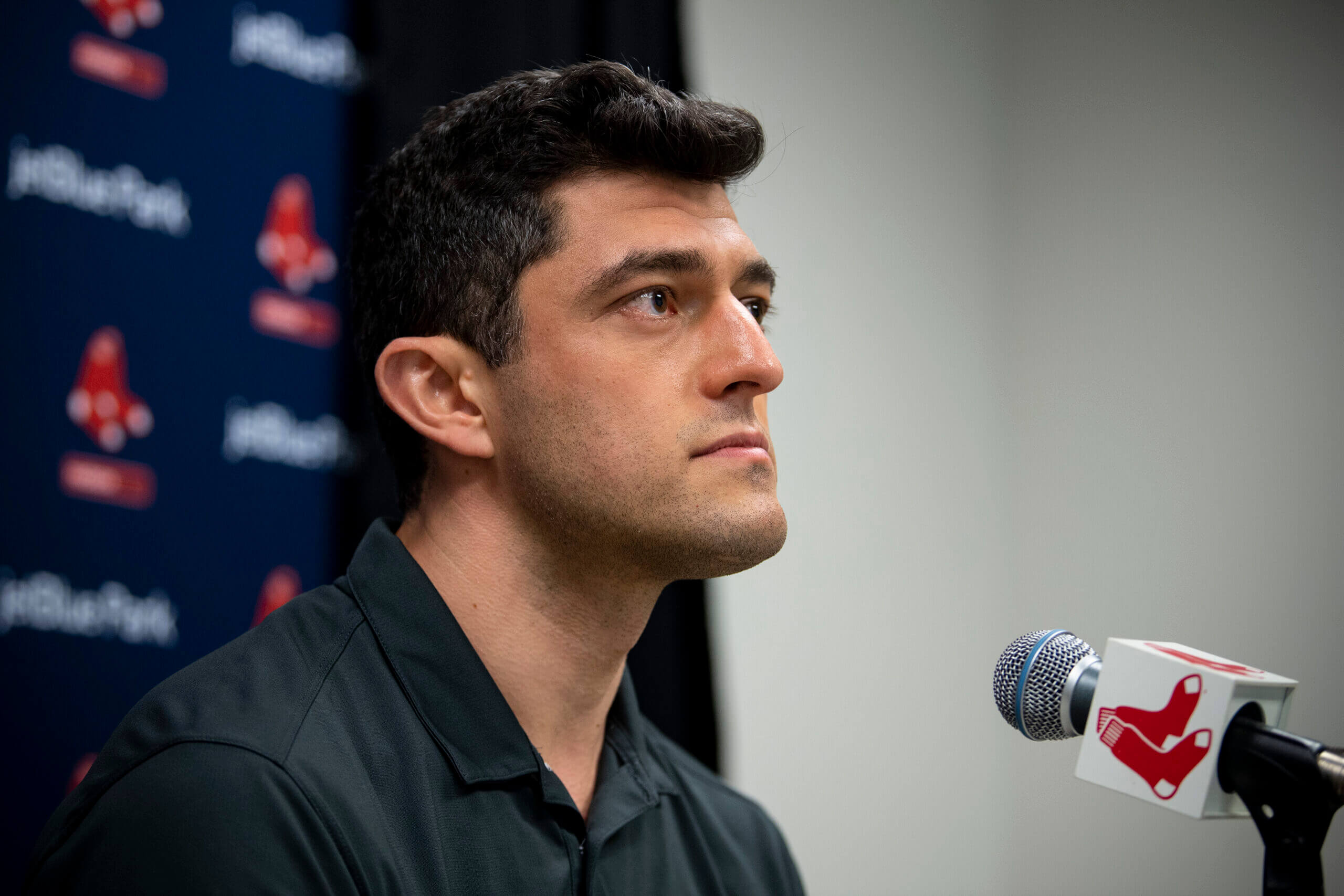 Josh Winckowski, Brayan Bello and Kutter Crawford have shown promise at times, but all have been exposed at times, too.

“If we want to play 162-plus we have to build our team to have a lot of starting pitching depth,” Bloom said. “That’s been a huge organizational focus the last few years. Obviously it’s been tested this year and we’re not in the spot we wanted to be in, and at times, what we’ve endured over the last month, has been a little much for that depth because we’ve had to rely on all of it at the same time. But we’ve also seen some of these guys step up, and for a while those were the guys keeping us afloat, and it just shows the importance of it.”

Bello, Winckowski and Crawford will be better next year for having had the experience this year. The Red Sox may try to put Garrett Whitlock in the rotation again, but from the start of the season rather than halfway through. Lefty prospect Chris Murphy in Triple A might also contribute next year. Yet relying too heavily on rookies is what got the Red Sox in trouble this year, even if most of the time, they’ve at least treaded water.

“We have found a way a lot of nights because of what our depth has done, and it shows the importance of that pipeline and continuing to build that depth,” Bloom said. “We plan on going into next year with a lot of starting pitching options knowing that whether it’s (Sale) or somebody else, things do happen and we are going to need people to step up over the course of the season if we want to play in the postseason.”

Jacob deGrom, Jake Odorizzi and Chris Bassitt are among some of the top free agents this winter. Adding one of those pitchers — deGrom, especially, obviously — could go a long way in bolstering a Red Sox rotation with several holes. But it would also require Bloom to spend big money in an offseason where Devers’ and Bogaerts’ contracts may be of the most importance. With J.D. Martinez likely departing in free agency as well, adding a designated hitter could be another financially demanding area on the to-do list. There’s a lot of money coming off the books this winter with so many free agents leaving, but there’s going to need to be a lot added to make this team a true competitor and pitching needs to take precedence.