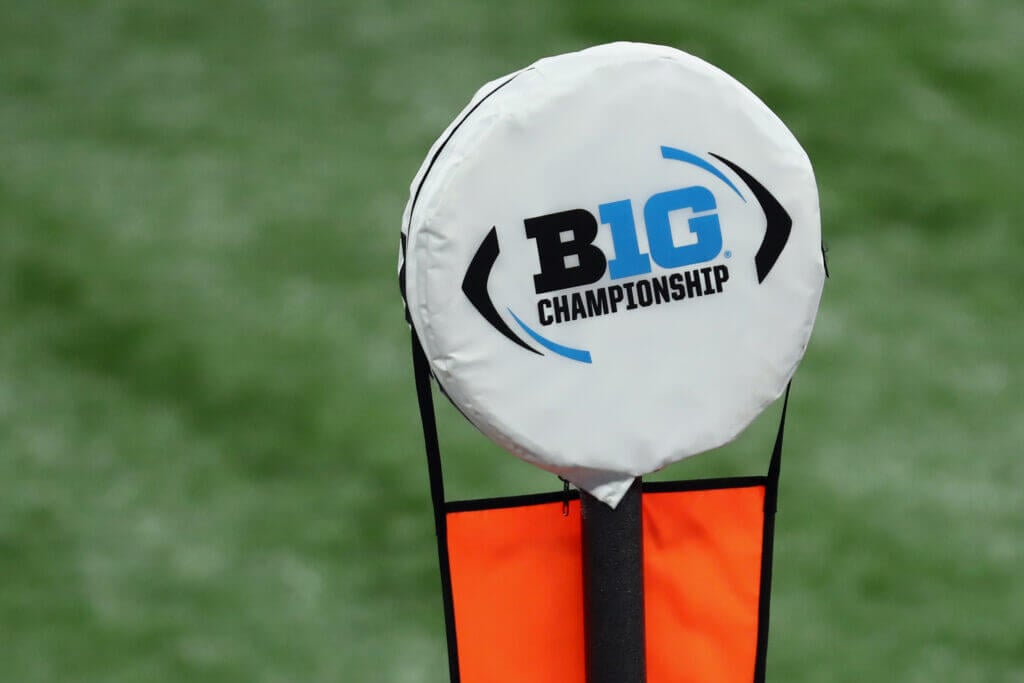 The Big Ten is poised to deliver a stunner when it finalizes its media rights negotiations at some point in the coming days. Barring a last-minute surprise, ESPN is not expected to land one of the Big Ten’s packages, a source with direct knowledge of the negotiations confirmed to The Athletic.

In addition to Fox, which had locked up Big Ten rights months ago, the conference is likely to partner with both CBS and NBC. Such deals, if finalized, could result in the following Saturday slate: a noon ET game on Fox, a 3:30 p.m. ET game on CBS and primetime on NBC. Multiple sources involved in the negotiations have reiterated over the past month that the Big Ten has prioritized exclusive windows throughout the process.

Sports Business Journal first reported the developments and noted that ESPN is still negotiating with the Big Ten, so there is still a chance the network will end up with a package. If ESPN does not end up with any Big Ten football and basketball games in this round of negotiations, it will be historic. ESPN has carried Big Ten games for the last 40 years; it has shared rights with Fox in the current deal, which is set to expire in 2023.

The Big Ten is also expected to add a streaming package, though it is not yet clear if that will go to Amazon or Apple, a source told The Athletic. Both companies have significantly increased their investment in live sports programming in the past year.

Here’s what we know about the potential options:

How ESPN losing the Big Ten impacts its battle with Fox

If the Big Ten were to move on from ESPN, this would add quite a bit of fuel to the fire brewing between ESPN and Fox. ESPN has exclusive rights to the SEC, and Fox would have primary rights to the Big Ten — so, the rivals would each be backing a different horse as the two 16-team conferences are set to pull away from their peers by the end of the decade. What could that mean for programming decisions? Framing? Future media rights tied to an expanded College Football Playoff?

Big Ten commissioner Kevin Warren opposed early efforts to expand the CFP last winter, in part because CFP expansion prior to the end of the current contract (which expires in 2026) meant that ESPN would have an exclusive negotiating window. Warren has long advocated for the CFP to have multiple media partners, which many in the industry have taken to mean Fox getting involved.

Everyone I’ve talked to in and around the Big Ten throughout the last few months has stressed the league’s desire for exclusive windows. I asked if there could be too many partners for a league to have & was told nope.

What Warren has envisioned for college football’s premier postseason event is akin to the NFL playoffs: Multiple media partners broadcasting different rounds and investing more in their coverage of the sport year-round to support that.

If ESPN doesn’t get a Big Ten package, you’d have to think this bodes well for both the Pac-12 and Big 12, whose rights are coming up next. The Pac-12 opened its exclusive negotiating window with ESPN early in the aftermath of USC and UCLA’s move to the Big Ten.

What is perhaps equally — if not more — interesting is how Notre Dame fits into these developments. Could NBC’s relationship with the Big Ten help push the Irish toward joining the conference? With longtime rival USC and a footprint that now stretches from Los Angeles to New York City, the Big Ten believes it has never been more attractive to the independent Irish. The checks that the conference is about to hand out to its members thanks to this new media deal won’t hurt either. Multiple outlets have reported that the Big Ten is seeking to eclipse $1 billion in rights fees per year in its new deal.

The best of Australia’s golden Commonwealth Games – in pictures