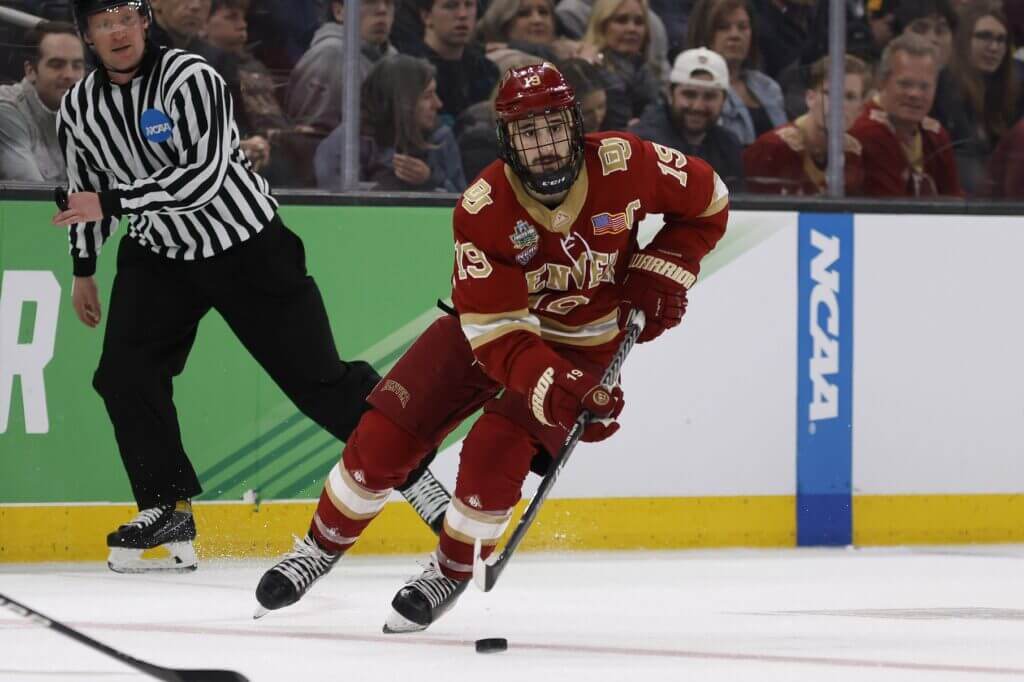 The Blackhawks are signing forward Cole Guttman to a two-year entry-level contract, a source told The Athletic.

Guttman’s draft rights from the Tampa Bay Lightning expired on Monday, making the forward an unrestricted free agent. The Lightning drafted the 23-year-old in the sixth round in 2017 and he played the past four seasons at the University of Denver.

Guttman, who is 5 feet 11 inches and 175 pounds, produced 19 goals, 26 assists and 45 points in 41 games last season as a senior. He helped Denver to a 31-9-1 record and to the NCAA men’s hockey national championship last season. He was also Denver’s team captain.

Guttman is expected to start the upcoming season with the Rockford IceHogs.

“He’s a pretty skilled forward, intelligent,” The Athletic’s Corey Pronman said of Guttman. “He was an important part of Denver’s championship team. He probably has to be faster at that size to make it, but he has a chance.”