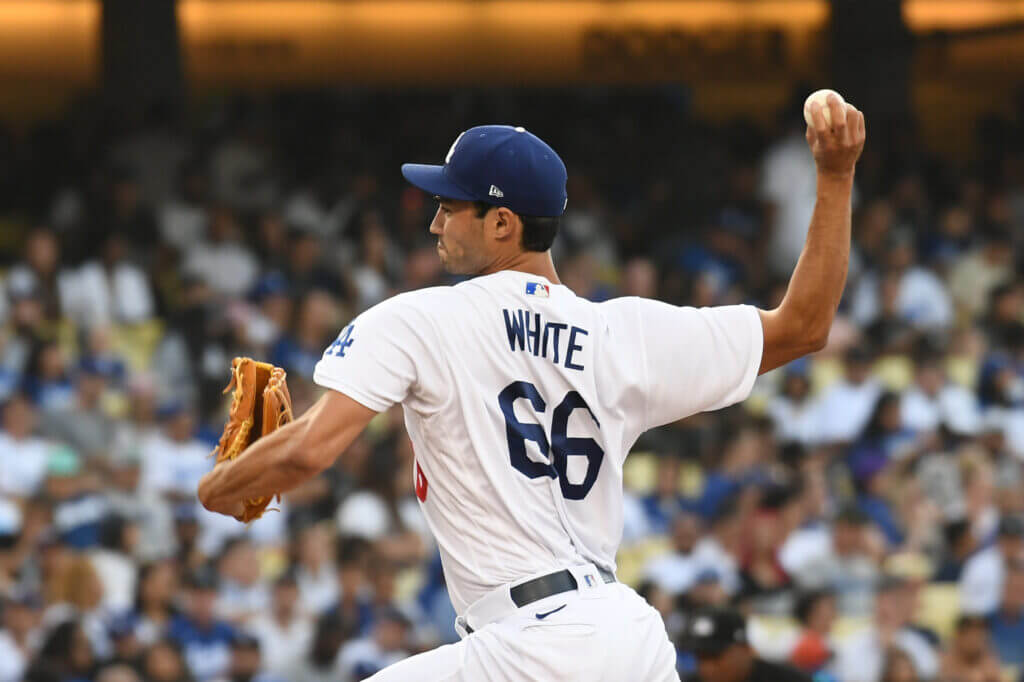 Right-handed starter Ross Stripling was heading to the 15-day injured list with a right glute strain.

There is never a good time for an injury, especially not for Stripling, who’s been cruising since he took over for the injured Hyun Jin Ryu in Toronto’s rotation, pitching to a 3.01 ERA in 15 starts this season. Stripling felt the injury after his last start. The hope, Schneider said, is that it’ll require a short recovery. He’ll miss a minimum of two starts. If all goes well, it may not be more.

Meanwhile, George Springer remained out of the starting lineup in Wednesday’s 3-2 loss to the Tampa Bay Rays, while he continues to nurse a sore right elbow, his second straight day out of the lineup and fourth time in five games. He participated in baseball activities pregame at The Trop, including hitting off a high-velocity pitching machine. The day before, he hit on the field, shagged balls in the outfield and threw. Taking part at all — or playing for that matter — isn’t making the injury worse, but, Schneider said, it’s something the centre fielder will likely be managing the rest of the season.

“I think that we’re at a point to where we know what’s going on, and I think it’ll be just up to him tolerating, grinding through that, just like everyone is kind of at this part of the year,” Schneider said.

Ross Stripling is going to the IL with a right glute strain. Matt Peacock is here for the corresponding move. #BlueJays manager John Schneider said the hope is the injury requires only a short recovery. Stripling felt it in his last start

All this news comes a day after the trade deadline. The reaction to the Blue Jays’ additions has been mixed. They weren’t among the winners of the day. They weren’t among the losers, either. Their quartet of sensible deals improved the roster at the margins, gave them some depth, but didn’t deliver the sort of punchy impact of the last deadline or even the past two offseasons did. The prices were high, sure, but it also signalled the front office believes in its existing core to carry this club. FanGraphs determined the trades the Blue Jays made raised their odds to make the postseason by 1 percentage point to 95.9 percent.

That’s what the numbers say, but to truly determine the impact of Toronto’s acquisitions, we’ll need to see how they play. And, with Stripling on the IL, lingering uncertainty about how often Springer can play in the outfield (or at all) and just the much-needed bullpen reinforcements, it seems as though they’ll be thrust into meaningful roles when they meet up with their new team in Minneapolis on Thursday for four games against the revamped Minnesota Twins.

Perhaps the spotlight will first shine on right-handed swingman Mitch White — acquired from the Dodgers — who is in play to step into Stripling’s place in the rotation. He was optioned to Triple-A Buffalo on Wednesday, but the move was primarily procedural since he was already on option with the Dodgers. He can be recalled in time for the weekend to take the place of Stripling in the rotation.

“He definitely has that skill set to jump right in there, if needed,” Schneider said, without actually committing to him as the fill-in starter, saying only he’s among their options. (They traded away Max Castillo, who had been in that bulk role.)

White, 27, throws four pitches and sits around 93-94 mph with his four-seam fastball. He has a 3.70 ERA in 10 starts and five relief appearances. While playing for the San Francisco Giants, Blue Jays starter Kevin Gausman didn’t see a lot of White, but from what he could recall, the right-hander has “an electric fastball.”

“Velo-wise wouldn’t really blow your mind away, but you hear guys talk about a fastball (that) plays up and really good breaking ball,” Gausman said. “Obviously coming from a really good organization, too. All their pitchers are really good over there, so bringing a guy like him adds some depth.”

With Stripling’s injury, there is also a need for Yusei Kikuchi to step up. Against the Rays, he went just four innings, allowing two runs on three hits with a walk and five strikeouts. It wasn’t as promising as his last outing, although Kikuchi said through his translator Kevin Ando that he was pleased he limited the damage, especially in the third inning when he lost command of his fastball. Still, using 74 pitches over four innings and failing to get to the fifth isn’t conducive to the success of the bullpen — they were at least rested after Gausman pitched eight innings Tuesday — and Kikuchi not pitching deep enough is what got the Blue Jays in trouble in June and early July when they tasked the relievers too much. Kikuchi can and should take positives from his last two outings, but he’ll need to build on it in a meaningful way, striving for pitch efficiency as well as effectiveness.

“I thought it was good,” Schneider said of the left-hander’s start. “Really good to start and kind of ran into a little bit of trouble in the third, but I think another positive outing to build off of. Liked the command of all three pitches minus a little bit of a hiccup in the third, I thought he threw the ball really well.”

Meanwhile, in the lineup, utilityman Whit Merrifield, acquired from the Kansas City Royals, will give the Blue Jays a different type of hitter who is more contact focussed and speedy on the bases, which may have helped in a game when the lineup managed just four hits against Blue Jays kryptonite Ryan Yarbrough and the Rays bullpen. Though Merrifield is in the midst of his worst offensive season — he’s hitting .240/.290/.352 with an 80 wRC+ — he’s been better as of late, and a change of scenery to a more competitive club could spark him, too.

But his largest impact on the Blue Jays may be if he can capably handle the centre field assignment, should he need to step in place of Springer. Merrifield has played six games in centre field this season and 76 over the course of his entire career. It’s a relatively small sample, but general manager Ross Atkins said Tuesday they’re confident he can play the position. As for the question of his vaccination status, Schneider didn’t add any new information on whether Merrifield has or plans to receive the vaccine, which he’ll need if he wants to play home games at the Rogers Centre.

“Obviously, we know he wasn’t there in Toronto, but totally up to him,” Schneider said. “And I’m sure that he’s had conversations with his family and other people. We’re leaving that decision up to him.”

Presumably, we’ll learn more about Merrifield’s decision Thursday when he’ll be at Target Field with his new team. In the meantime, the Blue Jays are excited to meet their new teammates, who are poised to be thrust right into the action.

“The front office did their job, now is the time for us to do ours,” Hernández said. “We’re going to welcome them and just try to be together through the end of the season and then try to go as far as we can.”

Nothing Phone 1 review: an Android with funky lights on its transparent back | Smartphones