MINNEAPOLIS — The comeback was not to be.

The Blue Jays clawed back from a 5-0 deficit against the Minnesota Twins on Friday, hitting three home runs and scoring the tying run in the ninth inning, only to lose 6-5 in extra innings.

Toronto had its chances. After loading the bases in the 10th inning with one out, Teoscar Hernández and Bo Bichette struck out to end the threat. In the bottom of the 10th, an uncharacteristic error from catcher Danny Jansen on a throw to first after a strikeout to Jake Cave put a runner on first and third for the Twins. The next batter, Tim Beckham, hit a ground ball to third base, and the Twins scored on a fielder’s choice when Jansen couldn’t handle the short hop from Matt Chapman on a throw to home. It was a messy ending — Cavan Biggio also misplayed a routine ground ball in the ninth, though it didn’t come back to bite them then — that spoiled what could have been a feel-good comeback story.

The loss moves the Blue Jays’ record to 3-6 in extra-inning games this season.

“If you want the ball hit to anyone, it’s Matt Chapman. And the strikeout to Cave — Jano blocks everything, and I think when he tried to tag him, (he) kind of lost his angle a little bit on the throw to first and made it a little bit tougher play than it probably should have been,” Blue Jays manager John Schneider said. “You look at those couple things as opportunities to get better, but I loved the way that we battled back after falling down early.”

Back in a familiar ballpark, José Berríos did not receive a warm welcome from the Twins. Though he mostly cruised for the first three innings, aside from a solo home run to Twins centre fielder Mark Contreras, the Twins jumped on him in the fourth inning, scoring four runs — three courtesy of a Nick Gordon home run — and eventually knocking him out of the game.

Overall, his former team tagged him for five runs on six hits over 3 2/3 innings. It was his shortest outing since he didn’t make it out of the third inning in Milwaukee on June 26. He had two walks and just one strikeout. He managed just six whiffs on his 60 pitches, as he struggled to make quality pitches, leaving too many in the heart of the plate.

“Tonight, I (wasn’t) able to make a lot of quality pitches, but I (went) out there and competed and (did) my best, but I think I threw a lot of, like, strike pitches and not quality pitches,” Berríos said.

Said Schneider: “He was great to start, and I think the Contreras homer was (a) two-strike, arm-side miss on the breaking ball. And then if he could have one pitch back, it’s the first-pitch changeup to Gordon that was just up in the zone. Other than that, man, I thought he was good.”

It snapped a recent run of success for the right-hander, who has had an uneven season but seemed to have found his groove recently. Over six starts in July, Berríos pitched to a 3.00 ERA and had at least five innings in all six of them. But against the Twins, Berríos was again giving up hard contact, something he struggled with over the first half of the season.

The Blue Jays, however, signalled their faith in Berríos — and the rest of the rotation — earlier this week when they didn’t trade for an established starting pitcher at the deadline, bringing in only swingman Mitch White (who is scheduled to start Saturday’s game) plus two relievers and utilityman Whit Merrifield. There is no young starter knocking on the door at Triple A, and there are no more opportunities for the Blue Jays to tweak their team. This is the group they’ve bet on. 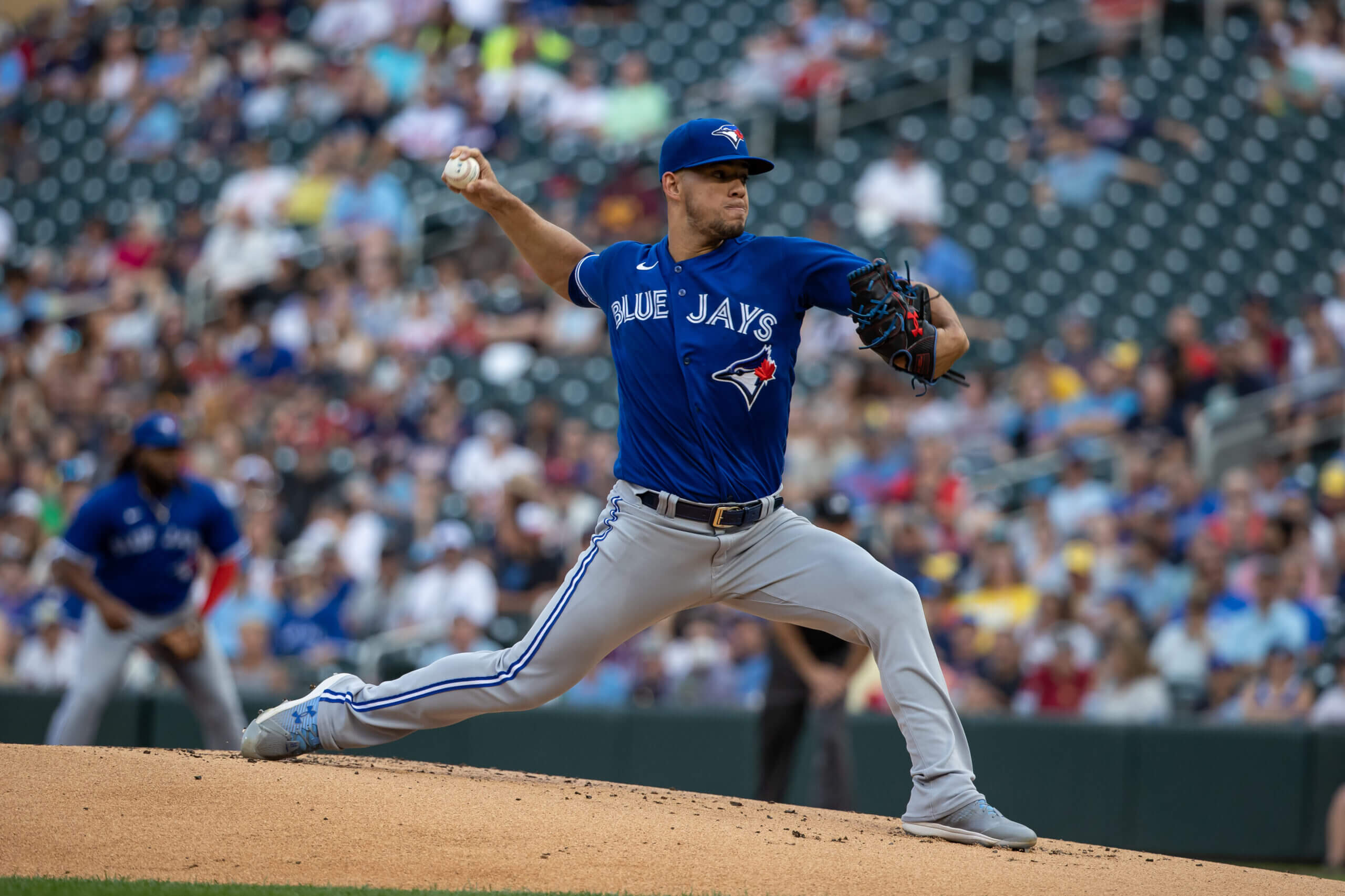 And Berríos is key to their success, not just down the stretch but potentially beyond. When he’s on, he’s electric, but as we’ve seen this season, he’s been prone to these hiccups, which naturally brings about the question “Which Berríos will the Blue Jays get today?” each time he takes the mound. These types of starts can be covered during the regular season — despite Berríos’ ERA, the Blue Jays are 16-6 in his starts — but come playoff time, assuming the Blue Jays get there, the club will be relying on him to be his best self. By that point, the Blue Jays can’t be wondering which version of Berrios is going to show up each night.

So, getting on a roll down the stretch feels paramount. Though it was discouraging to see Berríos knocked out of a game early again, reminiscent of some of his early-season struggles, it is at least more of a one-off lately. The hope is he can turn the page quickly and get back to doing what he was doing last month and settle into a second-half surge.

“I’ve been feeling so well so far, like you say, the last month,” Berríos said. “I’ve been pitching well. Today, came to the ballpark, I feel healthy and strong, but that’s one of those nights — I can’t make my pitches.”

On a positive note, it was the second straight night the Blue Jays battled back after falling behind. Chapman homered in the fifth inning, and then the Blue Jays scored three runs in the sixth thanks to home runs from Santiago Espinal and Vladimir Guerrero Jr., who extended his hit streak to 16 games, a new career high. He’s hitting .422 with three home runs in that span. Three singles off new Twins closer Jorge López in the ninth inning helped the Blue Jays tie it up.

Biggio began the 10th inning on second base, and Guerrero walked to put two on. Lourdes Gurriel Jr. hit a line-drive single to right centre field, but because Biggio had to wait for the ball to drop, he didn’t score from second and the Blue Jays weren’t able to cash in any runs. That and their errors in the bottom of the inning served up an opportunity for the Twins to walk it off, and they did not waste it.

It was a deflating end, especially since the team’s infield defence has been among the best in the majors this season, but the Blue Jays will try to erase it and come back better for the next game.