Borussia Dortmund don’t make it easy for themselves — or for those tasked with making sense of them. If last week’s 3-1 away win to Freiburg spoke of guts and efficiency, Saturday’s late collapse at home to Werder Bremen showed the old frailties are still there. Perhaps they’ve become even worse.

For neutrals, Werder’s 3-2 win was a sensationally entertaining affair in front of a sun-kissed Signal Iduna Park at full capacity, with a truly epic twist: never in the history of the Bundesliga has a team in salmon-coloured shirts and green shorts come back to win after being 2-0 down on 89 minutes.

Newly promoted Werder, coached by Ole Werner, had been the better side throughout the contest, and a thoroughly disjointed Dortmund would have been rather lucky to win thanks to two shots from Julian Brandt and Raphael Guerreiro from outside the box. The defence (including 62nd-minute substitute Niklas Sule in a forgettable league debut but minus right-back Thomas Meunier, who has reportedly fallen out with Terzic and left the stadium reiterating his desire to leave) naturally came in for most criticism, but central midfield was the true main weak spot.

Jude Bellingham looked increasingly exhausted from all the running he had to do to fill the huge gaps in the middle of the park as Emre Can (an 18th-minute substitute for Mahmoud Dahoud, who’d gone off with a dislocated shoulder) offered little assistance.

In the continued absence of new midfielder Salih Ozcan, signed from Cologne, it’s simply unreasonable to expect 19-year-old Bellingham to carry the league’s supposedly second-best team. Dortmund, at this pitiful rate, will do well to survive the group stage of the Champions League and are about as far away from staging a title challenge as local rivals Schalke (who drew 0-0 at Wolfsburg, with striker Simon Terodde having two penalties saved after goalkeeper Koen Casteels was judged to be off his line for the first spot kick).

Dortmund’s late loss was felt especially acutely on a Saturday that also brought defeats for the other two sides who were, in theory, best placed to offer at least a modicum of resistance against Bayern Munich’s domination. Bayer Leverkusen are nought from four this season after a demoralising 3-0 home defeat by Hoffenheim.

Gerardo Seoane spoke of his side “being unsettled” by previous results, which doesn’t bode well for next month’s Champions League participation. Local reporter Bastian Hahne feels it might be as bad as 2002-03 when Bayer went from contesting two cup finals and finishing as runners-up in the league to fighting against relegation under an interim manager. But this year’s drop is much harder to explain: unlike in 2002, when Bayern raided Leverkusen for Michael Ballack and Ze Roberto, none of the important players have left.

RB Leipzig, too, continue to disappoint. In one of the weekend’s most enjoyable match-ups, they were beaten 2-1 by a superbly organised and excellent counter-attacking Union Berlin. Timo Werner might have won a penalty on another day, but Urs Fischer’s men were well worth the three points after another typically clever and committed showing at Alte Forsterei.

And then there was Bayern. In February, they were beaten 4-2 by Bochum but the return to Vonovia Ruhrstadion saw a focused Bayern at their frightening best. The home side were sliced (1-0, Leroy Sane), diced (2-0, Matthijs de Ligt), chopped up (3-0, Kingsley Coman), taken apart (4-0, Sadio Mane), cut open (5-0, Mane), dismantled (6-0, Cristian Gamboa own goal), and destroyed (7-0, Serge Gnabry) until nothing but pity and gloomy fears over the league’s competitive imbalance were left. 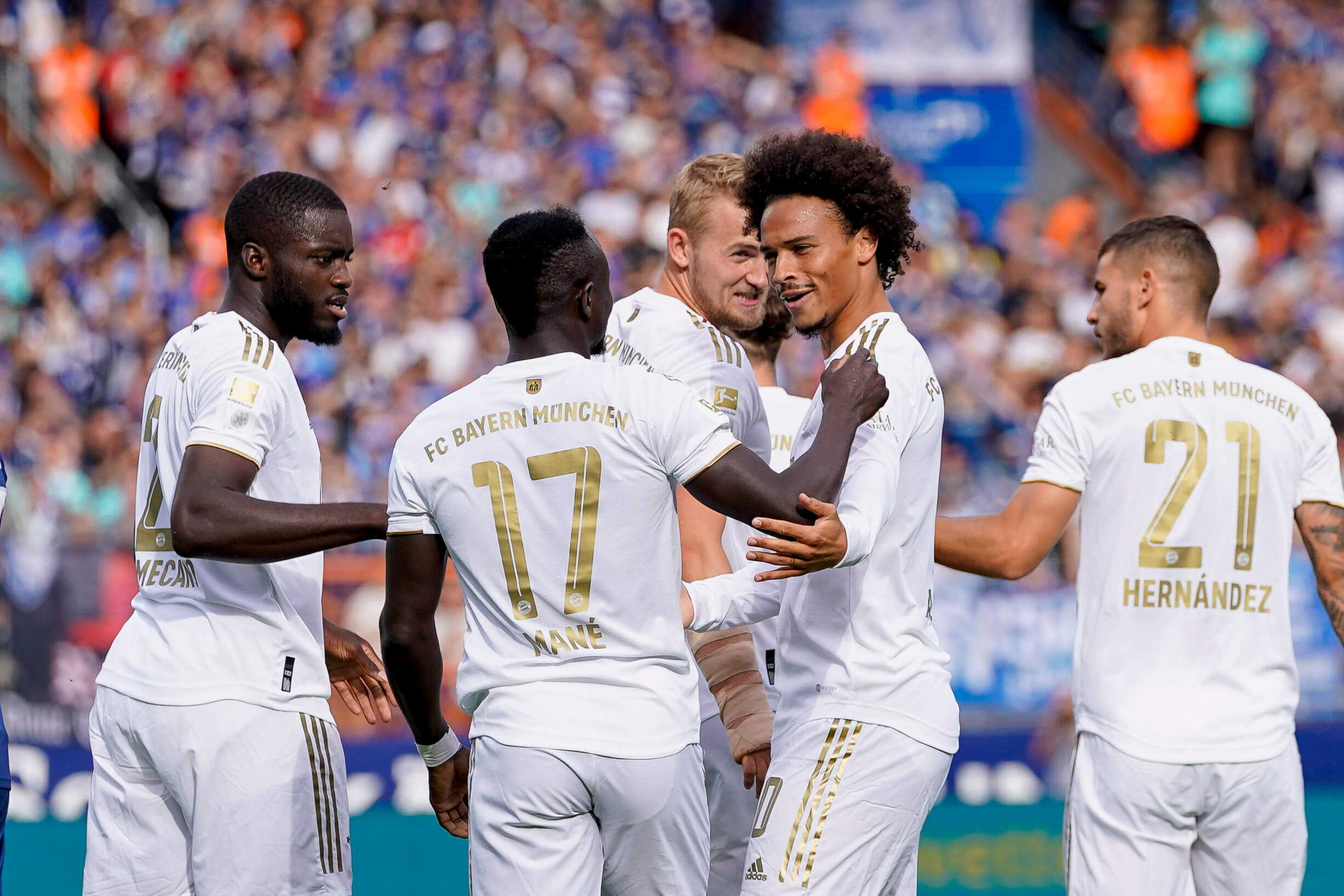 The contrast with Newcastle’s 3-3 draw with Manchester City in the Premier League at the same time couldn’t have been much starker. Last season’s relegation battlers pushed Pep Guardiola’s serial champions all the way, a superb spectacle that hinted at a great sporting rivalry to come in a few years. Yes, it was the sportswashing derby, the regional rivalry between Saudi Arabia and Abu Dhabi shipped to the north east of England. But the problem and beauty of football is that it takes on a life of its own once the game kicks off, and just like the great buildings and artworks commissioned by European despots before the advent of democracy, the sight of it is simply awe-inspiring in its grandiose splendour, despite the murkiest of origins.

Over in the cuddly, mostly organically-grown Bundesliga, the membership model keeps out the majority of sheikhs, oligarchs and investors, but the price of such purity is sporting stasis. It would take Bochum 40 years of against-the-odds success on the pitch and perfect decision-making before they could even begin to be Bayern’s equals.

Increasingly, the question seems to be how long German football is prepared to consider Bavarian dominance as the lesser of two evils. Things only change when people really want to, though, and right now, the majority of domestic supporters are staunchly unwilling to switch a dysfunctional set-up for a dystopian one.