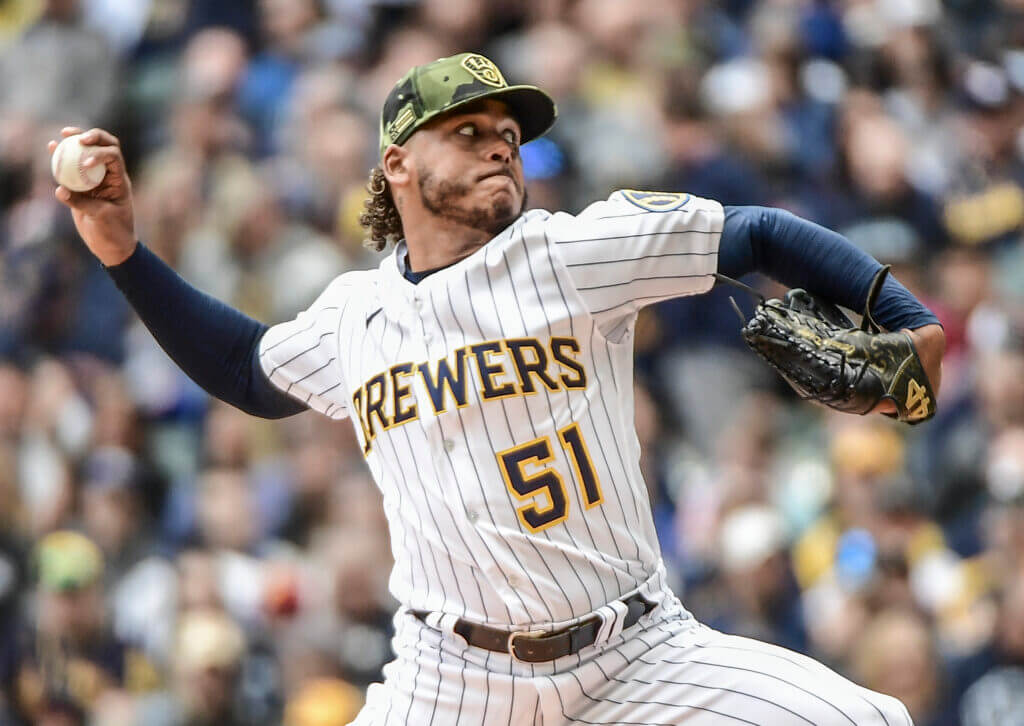 Brewers right-hander Freddy Peralta will return from the injured list this week during the club’s upcoming three-game series against the Pirates at PNC Park, manager Craig Counsell announced Sunday.

“Freddy will join us in Pittsburgh and then we’ll figure out what he’s doing to do and when,” Counsell said, per the Milwaukee Journal Sentinel. “His next outing will be with us. The when is to be determined.”

Peralta, 26, has been on the 60-day injured list with a right posterior shoulder strain. He last pitched on May 22 when he exited Milwaukee’s game against the Nationals with tightness in his shoulder.

On Friday, Peralta made his second rehab start for Triple-A Nashville, allowing three hits and one earned run with five strikeouts over 3 1/3 innings.

In eight starts, Peralta has a 4.42 ERA and 50 strikeouts in 38 2/3 innings this season with Milwaukee. The Brewers sit in first place in the National League Central with a 57-44 record.