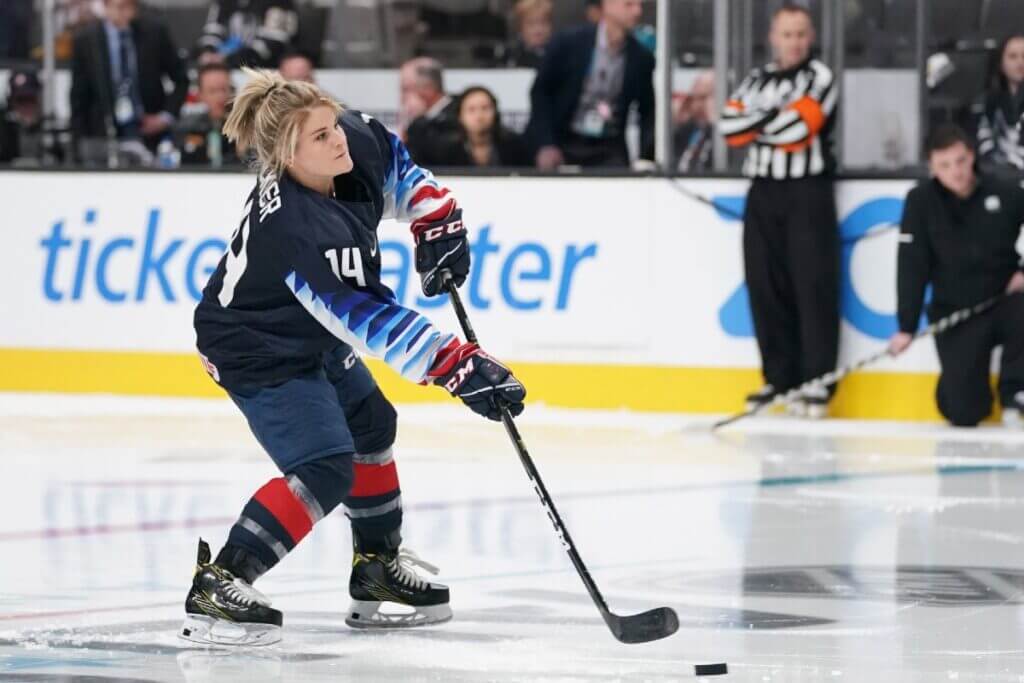 Brianna Decker is joining the Premier Hockey Federation — but not as a player.

Decker, a longtime Team USA standout who broke her leg at the Beijing Olympics, has accepted a part-time advisory role with the PHF, the only professional women’s hockey league in North America. The league announced her addition to the front office Friday morning, among other new hires.

“Brianna Decker is a one-of-a-kind proven leader on and off the ice,” PHF commissioner Reagan Carey said in a statement. “Her commitment to development has earned her the title of one of the best players in the world, but it’s her dedication to sharing her time, knowledge, and experience with the next generation that makes her such a valuable and respected member of the women’s hockey landscape. She has won at every level of the sport, and we’re excited to have her competitive drive onboard with the PHF.”

Decker, 31, is one of the best women’s hockey players in the world and one of the most decorated. She’s a six-time world champion, Olympic gold medallist, NCAA champion and Patty Kazmaier winner as the best player in women’s college hockey. She is the biggest name to join the PHF — albeit not on the ice — since the formation of the Professional Women’s Hockey Players Association in 2019.

Decker has not played since her injury during Team USA’s opening game of the 2022 Olympics, where she broke her leg and tore ligaments in her ankle, which required surgery. Decker said she turned down an invitation to the U.S. training camp ahead of the 2022 Women’s World Championship that began Thursday in Denmark because she needed more time after a lengthy and difficult process.

Her on-ice future is unclear.

“I just needed more time mentally and physically from everything that I went through in the spring,” Decker told The Athletic. “From a playing standpoint, I’ve just been taking time away. Not necessarily being done. Not necessarily saying, ‘Yes, I’m back.’”

Her official title with the PHF is Team and Player Development Adviser; she will focus on elevating the training, competition and overall standards of the league. Decker explained that she will work as a liaison between the players and coaches and the league, gathering information and feedback from those parties and bringing it up the ladder to help the league grow and help players get to the next level in their professional careers.

Carey, who was named commissioner of the league in April, was the initial selling point for Decker to want to work with the league, she said.

“(Reagan) brought our U.S. program from where we were to winning an Olympic gold medal,” Decker said. “And so I know her insight and her vision when it comes to (growing the women’s game) is great. We connected and I was like, ‘I want to get involved somehow.’”

“I think it’s just been a little bit of a standstill with the PWHPA, and if I have an opportunity to help grow our game, grow the professional women’s hockey game in any way, I am going to do it,” she said. “This role with the PHF is giving me that opportunity to help out, and so that’s why I jumped on it.

“If there were ways to help grow the game in any professional way in other leagues, obviously I’d want to help as well. But I just felt like this was a great time to hop on with PHF. I can hopefully make a difference not only for the players, but also in the league in general.”

Decker’s main focus will remain with Minnesota prep powerhouse Shattuck-St. Mary’s, where she is an associate head coach and special adviser to the program. Decker played at Shattuck over 10 years ago and said “this school changed my life.”

She says she will still be in contact with players, coaches and league staff remotely and, being based in Minnesota, will be able to spend time at Minnesota Whitecaps games or practices.

Reggae pioneer Jimmy Cliff: ‘In England we had to fight to get any kind of recognition’ | Jimmy Cliff

From crime to the courts: the biggest issues the UK’s new PM will face | Crime