Now, it’s time for the competition.

Denver will head into a training camp in late July with a number of roster positions — and a handful of starting spots — very much up for grabs. Who will make the 53-man roster? Who are the surprise cuts? Where might a trade happen? Here’s my first offseason projection for how Denver’s roster will look heading into its Sept. 12 opener against the Seahawks.

The 36-year-old Johnson, who hadn’t played in the NFL for two seasons before playing a combined four games with the Jets and Ravens in 2021, appears to be the frontrunner in the race for backup job with Brett Rypien. Johnson worked ahead of Rypien throughout the offseason, and the Broncos believe he can effectively run the West Coast system in a pinch. The hope for Denver is that Wilson will continue to display the remarkable durability that has helped define his career, eliminating the need for anyone else to take snaps.

Following a strong offseason in 2021, Boone suffered a severe quad strain at the end of training camp that ultimately derailed his first season in Denver. Still, Boone, at just 26 years old, has the kind of explosive capability (he averaged 8.8 yards per carry in limited action last season) that could make him an effective change-of-pace option in Hackett’s offensive system. Beck, a hybrid tight end, will likely see more fullback duty in the new offense, though his biggest responsibility is being a reliable special teams option.

There are intriguing questions to be asked about this group heading into training camp. Can Washington, the rookie fifth-round pick out of Samford, secure his expected role as the team’s returner to solidify his roster spot? Will Hamler, recovering from last season’s ACL and hip injuries, be ready for Week 1? Will the Broncos keep six receivers after holding five on the initial 53-man roster last season? Will general manager George Paton swing a trade, turning a deep position into some needed draft capital for 2023? The guess here is the Broncos do keep six receivers and Hinton wins a tough competition for that final spot. I wouldn’t be shocked if the Broncos opted instead to keep Tyrie Cleveland, a seventh-round pick in 2020, due to his special teams capability, but he suffered an ankle injury during this month’s minicamp that will have to be monitored closely.

Okwuegbunam was one of the standout players of Denver’s offseason program, and the third-year player appears poised for a big leap as a big target for Wilson. The key for the 2020 fourth-round pick will be proving he can remain healthy after two seasons marred by injuries. Dulcich, the third-round pick in April’s draft, missed the latter portion of the offseason program with an undisclosed injury, but he’s expected to be fully ready for training camp. The Broncos will need him to progress quickly because chances are they’ll need both of their pass-catching tight ends to meaningfully contribute this season.

This is the toughest position on the roster to predict and it has been that way for much of the offseason. The projection here includes three new additions in Turner, Wattenberg and Compton, and there could be a fourth if the Broncos decide to hold onto veteran Ben Braden, who was with Hackett in Green Bay last season. Netane Muti, the third-year player the Broncos selected in the sixth round of the 2020 draft, could certainly work his way onto the roster, but he’s facing a tougher battle for an interior spot than he had during his first two seasons, particularly because Turner and Compton, two offseason free-agent signings, can both play inside. This is another position to keep an eye on when it comes to a possible trade that would fetch the Broncos a future draft pick.

I’ve pointed out a number of times this offseason that releasing or trading Purcell could free up almost $3.6 million in cap space, but ultimately I think the Broncos will determine there isn’t enough depth on the defensive line to justify that move. Purcell has been a capable run-stopper when healthy, and Paton has emphasized throughout the offseason that he wants his team to significantly improve its run defense. Matt Henningsen, the sixth-round rookie out of Wisconsin, missed most of the offseason program after suffering a calf injury during rookie minicamp, so he’ll have ground to make up as he pursues a roster spot. This is a big camp for Agim, the 2020 third-round pick who hasn’t been able to make a consistent impact during his first two seasons. 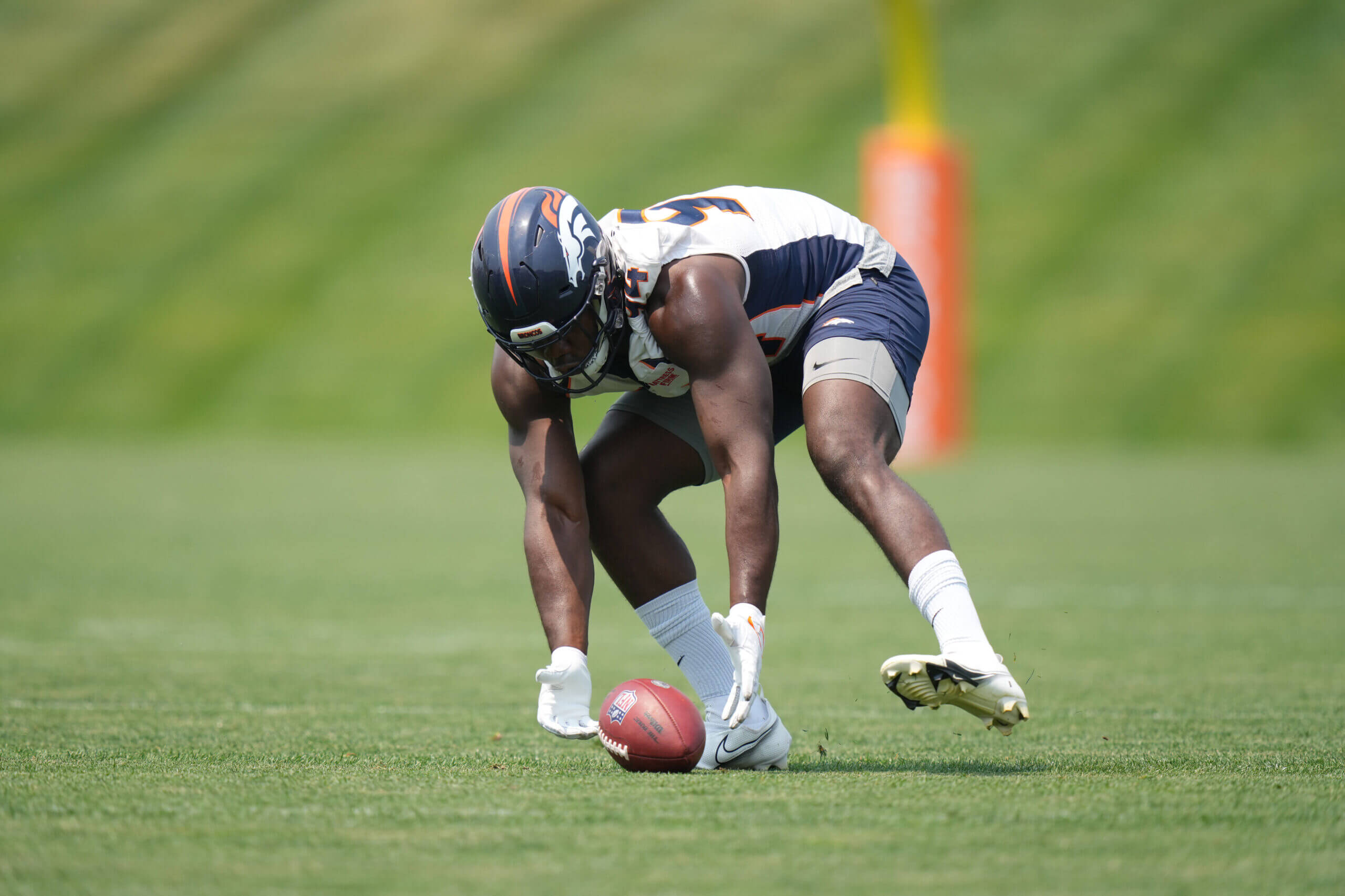 The biggest question at outside linebacker is whether the group’s top two players (Chubb and Gregory) can remain more healthy in 2022 than they have in the past. The very existence of that question makes the decisions the Broncos make at the depth spots critical. I believe Patrick will earn a spot on the roster because of his special teams impact, and Bonitto (rookie second-round pick) and Browning (third-rounder in 2021) will undoubtedly be a part of the mix. Reed provides the only real veteran experience at the spot behind Chubb and Gregory.

Jonathon Cooper and Christopher Allen, Denver’s top undrafted free-agent signings, missed time during the offseason program due to injuries, making their climb to the 53-man roster in training camp more arduous, but neither player should be counted out given his respective talent. Paton did a strong job reloading this important position this offseason.

The Broncos should be in good shape if Jewell and Griffith, the presumed starters, remain healthy. But does Denver have the depth to better withstand the kind of injuries that wrecked the position last season? Singleton has shown that he can be a reliable tackler and he’ll be an important piece in coordinator Dwayne Stukes’ efforts to resurrect Denver’s special teams. Proven depth after that is difficult to find. Justin Strnad, who struggled during his first season on the field in 2021, will have to hold off a pair of undrafted rookies in Kanai’i Mauga and Kadofi Wright in order to remain on the roster.

There aren’t many players on the roster who improved their stock in the offseason more significantly than Ojemudia. The third-year player out of Iowa is aiming to bounce back from a mostly lost season in 2021 due to a lingering hamstring injury. Ojemudia was around the ball constantly during practices open to the media, and teammates and coaches raved about his progress. If that growth continues into the offseason, Denver should be able to feel good about the rotation of its top-four corners. I think Bassey has an edge to make the roster due to his positional versatility. He could be the ideal nickel backup behind Williams, who also displayed his playmaking knack during open practices.

It was difficult to leave P.J. Locke off this roster, and my guess is he’ll be on it if the Broncos decide to keep five outside linebackers instead of the six I predicted. But Sterns displayed flashes of potential during his rookie season and could be the team’s dime ‘backer, and the staff will give Turner-Yell, the rookie fifth-rounder a long look in camp.

While the Broncos are trying to make big changes to their special teams operation under Stukes, their trio of specialists appears set to work together for the third consecutive season.