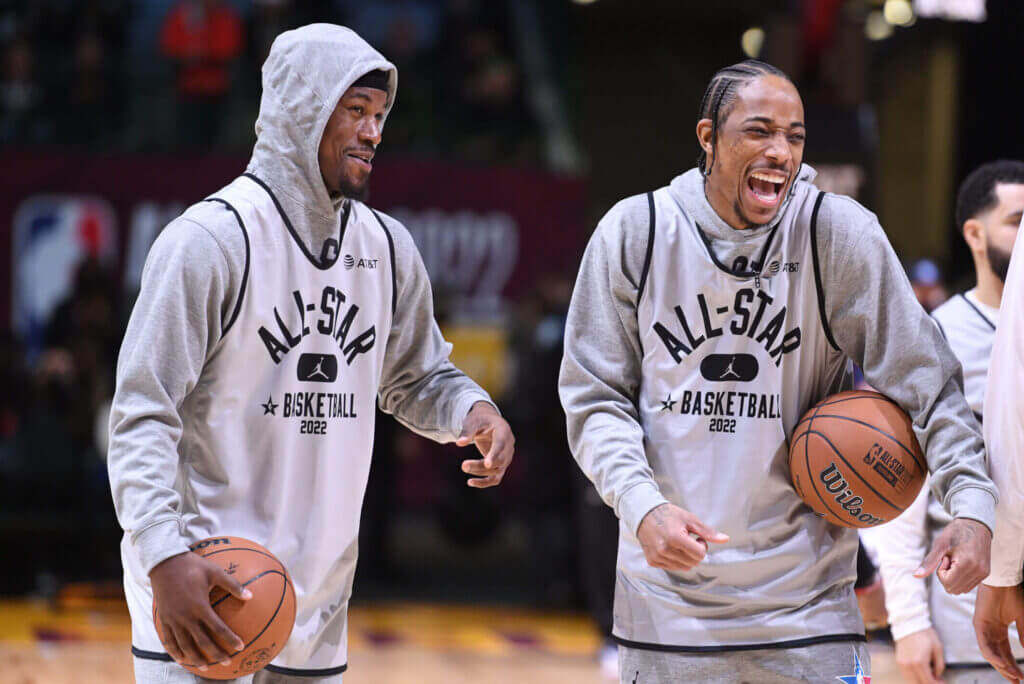 From their fast start to their final gasp in Game 5 of the first-round playoff series against Milwaukee, the Chicago Bulls showed last season they can compete with anyone.

We’re two months from learning whether this year’s Bulls can beat them.

With the 2022-23 NBA schedule here, the Bulls now have their opponents lined up and their road to the playoffs mapped out. Chicago opens the season Oct. 19 at Miami and will play at Washington on Oct. 21 before their home opener against Cleveland on Oct. 22.

When it comes to the Bulls’ schedule, there is no ring night, reunion week or even revenge game. Twelve players return from last season’s roster, as the Bulls believe health and continuity will push them beyond 46 wins, the Eastern Conference’s sixth seed and a first-round exit.

Did the Bulls draw a favorable or unfavorable schedule? Which stretch looms as their most difficult? And where might Chicago gain ground in its quest to capture a top-four seed and homecourt advantage in the first round?

Here are early observations on Chicago’s schedule and how the Bulls could benefit and be challenged by their draw.

Back-to-backs are a bear

The Bulls drew 15 back-to-back sets, more than the league average of 13.3.

Chicago plays three of those back-to-backs in the first nine games, setting up for a challenging start to the season. But the fourth back-to-back set on the Bulls’ schedule is a funky one that could prove to be most difficult. It’s Nov. 6 and 7, a home-and-home with Toronto. The Raptors, with their length, athleticism and mad scientist coach Nick Nurse, pose problems for the Bulls. Beating them once is hard enough for the Bulls. Beating them on back-to-back nights seems impossible.

Keep an eye on the March 26 and 27 in Los Angeles set as well. The Bulls are scheduled to play the Lakers first, then the Clippers to close out a quick, three-game West Coast trip. That trip follows consecutive games against the Philadelphia 76ers, whom the Bulls have never beaten when Joel Embiid has been in the lineup.

Toughest stretch is the home stretch

If the Bulls are battling for playoff positioning in March — which they will be — the final 14 games will be as punishing as they will be pivotal.

The Bulls begin that stretch with a home back-to-back against the new-look Minnesota Timberwolves, now with Rudy Gobert manning the middle, and the Miami Heat. The aforementioned home-and-home with Philadelphia and three-game trip west against Portland and the L.A. teams follows.

So where’s the worry-free stretch?

If it exists, and that’s a big if, it’s brief. And it’s at the start of February.

The Bulls open the month with three home games against Charlotte, Portland and San Antonio. It continues what looks to be a lighter close to January, when the Bulls’ final four games that month are at Indiana, at Charlotte, at Orlando and at home against the Clippers.

Only the Pacers game (the second game) is tied to a back-to-back set within that seven-game stretch. It’s the perfect time to peel off a seven-game winning streak.

Twelve of the Bulls’ first 13 games come against Eastern Conference teams, with Chicago playing Boston and Toronto twice in that stretch.

It’s the perfect start to get an early look at how the Bulls stack up. They’ll play nine of the conference’s 14 other teams in that opening stretch. In addition to opening the season at Miami and at Washington, Chicago also will face Cleveland, Indiana, Philadelphia, Brooklyn and Charlotte in their first 13 contests. The exceptions are Atlanta, Detroit, Milwaukee, New York and Orlando.

Every team certainly will look and function differently in March and April than they do in October and November. But as Bulls coach Billy Donovan has described them in the past, these will be barometer games that show where the Bulls stand.

Day games are an underused and perhaps underrated wrinkle within the NBA schedule.

Sunday day games are as good as they get. And this season, the Bulls are playing all their Sunday home games in the afternoon.

Surprisingly, none of those games are on ABC, which will broadcast only eight Sunday regular-season games, three of which will be on Christmas Day.

So … about those national television appearances

Let me just say it — I thought the Bulls would garner more attention.

The breakdown: seven on ESPN, three on TNT, four on NBA TV. ABC shut out the Bulls, which I found surprising given Chicago’s stable of name recognition and market size. TNT begins its broadcast schedule with an opening night doubleheader on Oct. 18 but doesn’t get to the Bulls until Jan. 26.

The mighty and beloved #TNTBulls, however, do make their triumphant return on Feb. 16 against Milwaukee. Should the Bucks go ahead and forfeit the game now?

But with two All-Stars in Zach LaVine and DeMar DeRozan, a third former All-Star center in Nikola Vučević and cult-like figures in Lonzo Ball and Alex Caruso, the Bulls have star power and play an exciting style that should garner more than 14 games across the league’s biggest television partners.

Did the networks get it wrong? Will the Bulls surprise this season and inspire more belief?