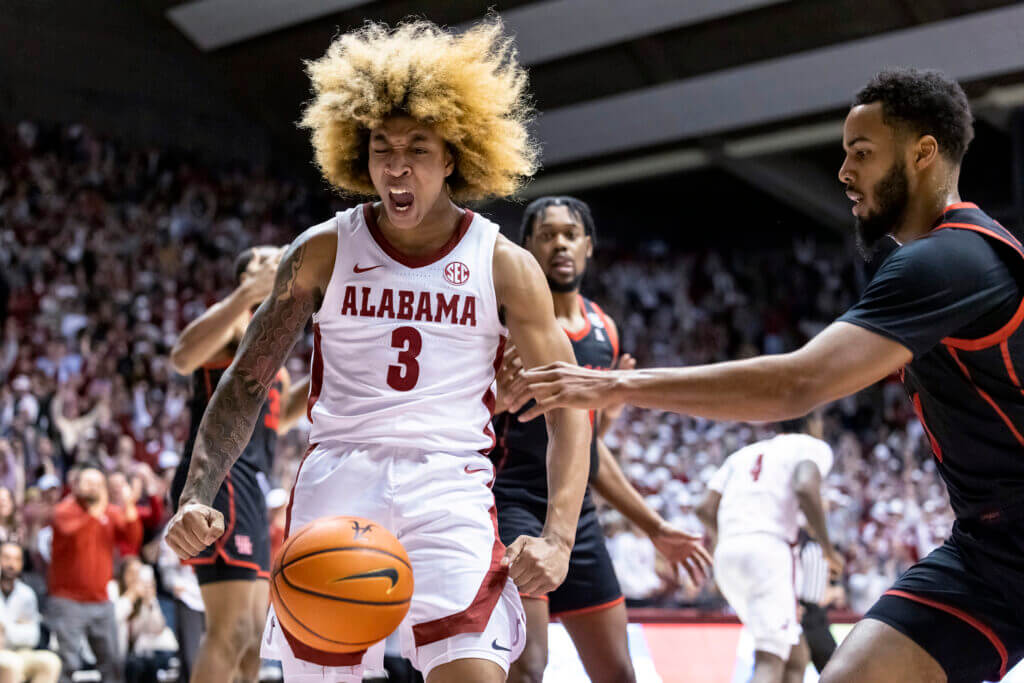 BOSTON — Not too long ago, draft night always seemed to give the Celtics a significant chance to reshape their roster. On Thursday night, Brad Stevens felt comfortable leaving the core of his team alone.

For the second consecutive year, the Celtics had a quiet draft night after trading away their first-round pick in an earlier deal. With every rotation player from an NBA Finals team under contract for next season, Stevens indicated that he felt no pressure to look for a player who would make an immediate impact. Though Stevens said he looked into the possibility of moving up from the Celtics’ position in the second round, he stayed put at No. 53 and drafted J.D. Davison, a 19-year-old guard out of Alabama.

“Tonight was about finding somebody that we could invest in,” Stevens said, “that we could put a lot of time into, that we could help grow in their young career and hopefully help them — help JD in particular, but whoever we picked in that spot — get better and really start their career off on the right foot with an investment from the staff and the organization for the long term. We weren’t looking for anyone necessarily that was going to come in and change the game for our team at 53.”

Davison can fly. Even at 6-foot-3, he has a history of soaring blocks. As Stevens said, “All you have to do is turn on a couple of minutes of clips and you can see the upside.” It won’t even take that long. Just check out when Davison challenged Walker Kessler, the SEC Defensive Player of the Year. The Timberwolves selected Kessler with the 22nd pick because of how well he protects the rim, but Davison unfurled an extremely loud dunk onto the 7-footer’s head:

Despite highlights like that, it also doesn’t take more than a couple of minutes to discover why Davison slipped into the late second round. After entering college as ESPN’s 15th-ranked recruit in his class, the teenager averaged 8.5 points per game during his lone season at Alabama. He shot just 30.1 percent from the 3-point arc and committed 4.5 turnovers per 40 minutes. The Athletic’s draft expert, Sam Vecenie, wrote in his NBA Draft guide that Davison is “just lacking in terms of his skill level and his feel for the game” at this point of his career. Vecenie believed Davison “made a substantial mistake” leaving for the NBA after his freshman year. He obviously needs some seasoning.

The Celtics still think Davison has a foundation they can build upon. In their situation, with a playoff rotation full of returners plus tools like a big traded-player exception to chase additional help, they aren’t worried about what Davison will provide during his rookie season. Stevens believes the Celtics are “in a position roster-wise where we can focus on the development of a young player or two.” In other words: The rotation is already full, the bench could be even deeper next season, and whoever takes the 14th or 15th roster spot probably won’t see much time on the court. In all likelihood, Davison will be groomed far away from the public eye early in his career.

“Barring anything crazy here, he’s not going to have a ton of pressure to come in and impact us right away or move the needle for us right away,” Stevens said. “He’ll be able to compete for minutes just like anybody else. At the same time, he can grow, develop, focus his attention on improving. I think that’s really an important place to be for a young player. We got a really good team. He’ll be able to put some heat on us with his speed on both ends of the floor that I’m looking forward to.”

Before selecting Davison, the Celtics did look into draft-day trade possibilities, according to Stevens. He considered the price to move up “just too much.” He noted that it “didn’t make much sense” to deal “significant players on our team” or future draft assets the Celtics could potentially offer alongside one of their traded-player exceptions.

“That was one of the things about tonight,” Stevens said. “We wanted to make sure we were smart about all of our future assets and not shifting our team without very, very obvious moves that would help us. Those things didn’t present themselves so we will stay at it to see if we can find some things to help improve us.”

Stevens has said he would like to target additional scoring and playmaking this offseason. He has a number of traded-player exceptions, including one worth about $17.1 million, that could be valuable pieces. The Celtics should also have the taxpayer midlevel exception to use in free agency. After reaching the finals, they could even be a possible landing spot for ring-chasing veterans willing to accept a minimum deal.

“We’ve known who fits into our trade exception and who we might be able to target around the league and have discussions about (it),” Stevens said. “It really comes down to cost. If the costs are appropriate, you continue discussions, and if they are not, you table it for now and maybe return to those later. At the end of the day, trade exceptions are a tool, but it’s not our only avenue. I think we’ve got the ability to do some small things in free agency with the taxpayer midlevel and the ability to add minimums. If that (bigger trade exception) vanquishes because we don’t find the right deal, we still have two other TPEs to use towards the trade deadline.”

The decisions on how to use those roster tools will come later. On draft night, the Celtics added a young, explosive guard with a chance to become a contributor one day. Stevens said the Celtics weren’t able to see Davison in a draft workout, but they spent plenty of time scouting him in person this year. Stevens attended one of Davison’s practices at Alabama, just one of the times the Celtics front office was able to evaluate him live.

“We saw several games live as a staff,” Stevens said. “So we’re very well versed in who he is and what he brings to the table and also what he’s got to work on. But the most important thing right now is how do we help him transition smoothly? This is a big life moment for him, and then in a couple of days you’re on a plane to Boston and in a whole new place. And how do we help him really start off on the right foot? I can’t wait to get him in Summer League practice and get him going.”

In Summer League, Davison will play alongside recent Celtics second-round draft picks Yam Madar and Juhann Begarin, who both played overseas this past season. Davison’s athleticism should stand out regardless of who’s on the court with him.

“Very young, very explosive, that’s pretty obvious,” Stevens said. “He has the ability to get inside the paint and make plays and has some things that he’ll have to improve on, but has a lot of physical tools. A good competitor. And obviously, I think, played in a really good program for really good coaches. And so we’re looking forward to getting him up to Boston.”