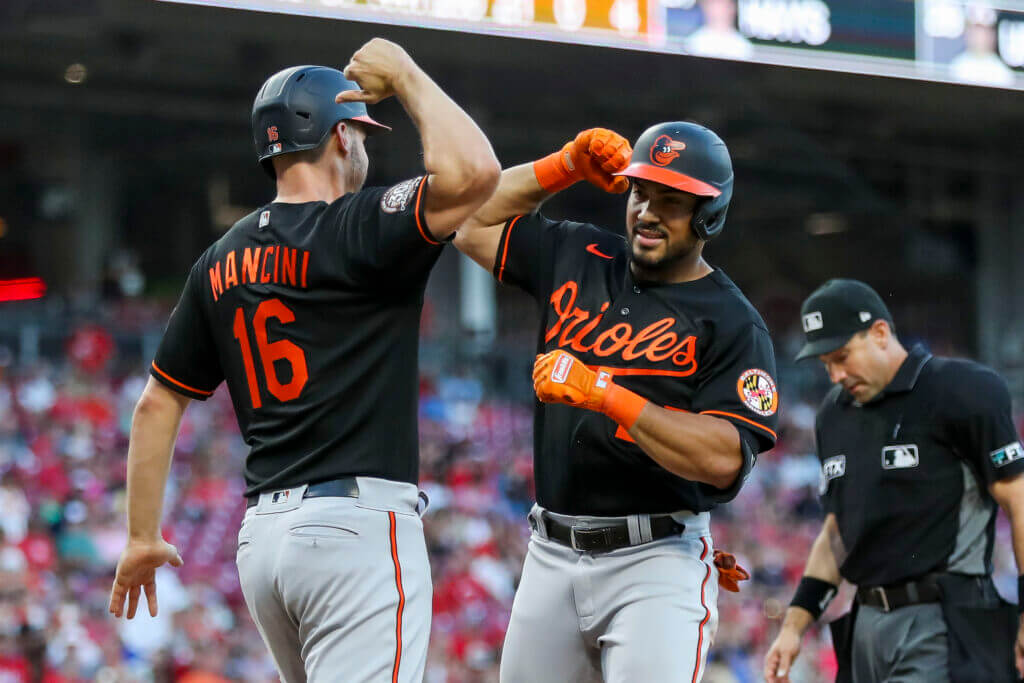 The trade deadline in Major League Baseball is the ultimate “message-sending” time in the sport.

When a front office adds a stud at the deadline — like the Seattle Mariners did Friday by acquiring pitcher Luis Castillo from Cincinnati — it tells the clubhouse, “We believe in you.”

When a front office starts peddling its wares — like the Orioles did in 2018 — it tells the clubhouse, “You might wanna update your resume. You won’t be here long.”

Normally when a team does nothing at the deadline, there’s also a message sent: “You’re fine. We don’t have anyone of trade worth we want to part with and we’re not close to enough to really add players to fill our holes. So, just keep existing.”

Oh, what the Orioles clubhouse would give for that particular sentiment right now.

“If nobody gets traded, it’d be amazing,” said Orioles right fielder Anthony Santander, one of roughly a half-dozen Orioles who could be dealt by Tuesday’s 6 p.m. ET deadline. “We’d have the opportunity to keep playing hard and winning games and have a chance for the playoffs.”

Orioles general manager Mike Elias has been caught in some rather odd baseball scenarios in his four-season tenure in Baltimore, so he’s accustomed to figuring out how to maneuver uncharted territories.

But this one is particularly dicey.

After four seasons of wandering the darkness, these Orioles seem to have found a path back to relevance. It’s an enjoyable team that, at 51-51 after a 3-2 loss at Cincinnati on Sunday, is only one victory away from tying its win total for the 2021 season (52-110). It’s been an incredible turnaround, especially with no one having a career year besides a few relievers.

“This is the closest team I’ve ever been a part of. Just everybody has built good relationships with one another, on and off the field, and I think that’s why we’ve won more games on the field,” said left fielder Austin Hays. “I think it’s going hand-in-hand, so to lose a couple pieces of that would definitely be very difficult. But that’s part of the game we play.”

The Orioles are on the direct edges of the AL wild-card race and, with further sustainability by their bullpen and defense and a little luck/improvement elsewhere, they could — at the least — keep sniffing the playoff race into September.

But there’s still plenty of work to do to get the Orioles where Elias wants them to be, which is competing in the American League East every year. So, trading away some veterans — Trey Mancini, Jordan Lyles, Dillon Tate, Santander, Rougned Odor, maybe even Jorge López or Cedric Mullins — potentially could bring in several useful future players.

Yet there’s a chemistry component here that could be disrupted, a sent message Elias wants to avoid.

Then again, Elias sent a disruptive message on the doorstep of this season when he traded two reliable relievers, Tanner Scott and Cole Sulser, for two low-level minor league pitchers, a minor league outfielder and a draft pick that has turned into University of Florida outfielder Jud Fabian.

That was a “the future is more important than the now” decision. And how has it turned out? Unheralded waiver claims received the chance to seize opportunities, they did and now the Orioles have one of the best bullpens in the game. And Fabian could be a legitimate outfield piece in a few years.

So, yeah, it’s complicated. Elias still has to have an eye on the future. But some focus should be placed on the atmosphere this group has created.

“The team chemistry is definitely higher than I’ve ever experienced,” Tate said. “So, that piece feels really, really good. And it is no coincidence we’re playing good baseball at the same time.”

There’s the rub: Could even a minor trade upset this surprising and entertaining apple cart?

Maybe. Probably not. Who knows?

“I don’t foresee anything crazy, crazy happening with the situation we are in,” Lyles said. “But message-wise, it doesn’t really matter. Game-time, those three hours, that’s not on our minds. It’s not gonna weigh on us either way.”

There is one potential exception: Mancini.

A pending free agent at season’s end — he has a mutual option that won’t be exercised — Mancini is the longest-tenured member of this team. He’s also one of the most beloved. If he’s dealt for a unknown minor leaguer, it would sting.

“We would definitely miss him. All the things that he does outside of 7 o’clock at night,” Lyles said. “Obviously, he’s a really good player and has been for a long time. But we’ll definitely miss him on the field and maybe just as much away from game-time. He has meant a lot to this organization, and it means a lot to us to be around him every day.”

In a sense, the Mancini situation goes beyond sentiment and bleeds into fairness. He’s been through so much in Baltimore — beyond his battle with colon cancer — and became the face of this franchise for the last few years. And he finally gets to enjoy a not-terrible club.

“He’s the last one left from before the rebuild. He got to see it when it was good, be a part of that 2016 playoff push. He hit some late homers and then went through everybody getting traded away and starting the rebuild,” Hays said. “He had to go through some really tough years here. So, for him to be a part of it now and get to see it turn around, it would just be hard to see him go. I hope he gets a chance to stay and see where this season leads. See where the year takes us.”

Mancini is 30, right-handed and his best position is first base, which Ryan Mountcastle has claimed in Baltimore. Elias and company do not see Mancini as a part of the future for the money it would take to re-sign him. So, they haven’t tried. He hasn’t been made an extension offer. He won’t be here in 2023. That’s a certainty.

So, that’s another dilemma Elias is faced with: Does Elias trade Mancini by Tuesday and at least get something, even if it’s only a lottery ticket? Or does he keep the team leader — and one of its better hitters — and see if this club keeps tricking logic?

There really is no easy answer. With Mancini and several other of these guys. They have a good thing going this year, but that’s partially because Elias has stuck with his plan.

And it’s worked so far. Everyone in the Orioles clubhouse knows what they want Elias to do — stay pat and see if the magic continues.

But no one is quite sure what will happen. Much of it depends on what Elias can get back in return. So we wait.