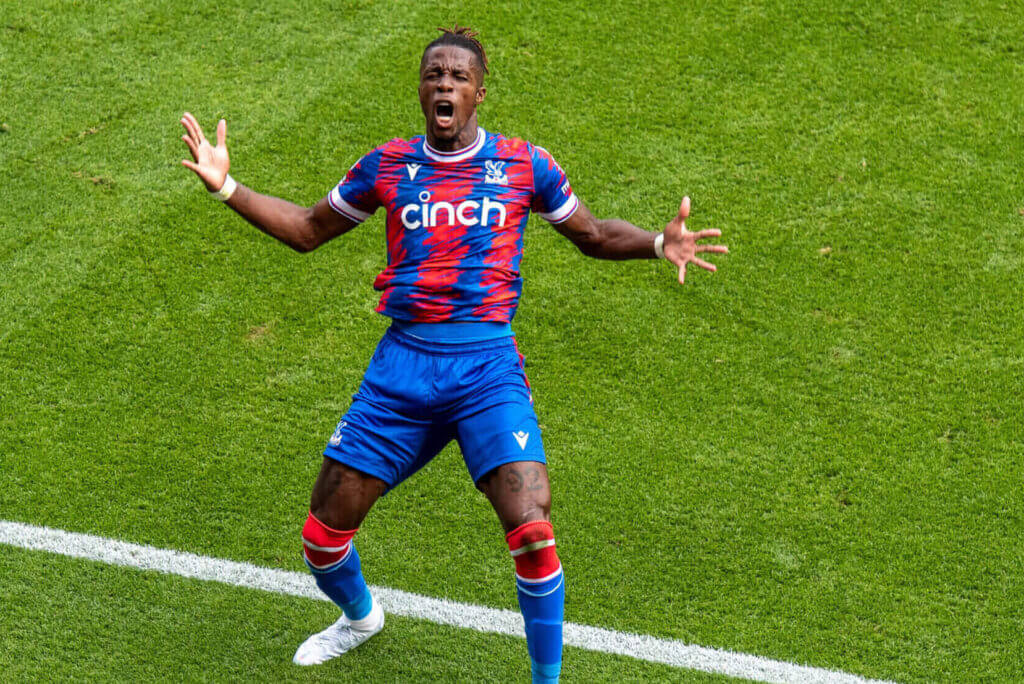 The implication from Patrick Vieira was that Crystal Palace’s split pre-season might have left them slightly underprepared tactically for Friday’s Premier League season opener.

The physical benefits, however, were apparent in the 4-2 win over Montpellier in the final game of their summer preparation. Early indications are that things will be different, if only a little, from last term.

Conor Gallagher’s absence after returning from his loan spell to parent club Chelsea is an obvious area of uncertainty. But Eberechi Eze starred in the midfield, Jeffrey Schlupp offered solid defensive support and Cheick Doucoure will be a fine addition in due course.

Tactically though, there will be a period of adaptation required. “We may have to change one or two things,” Vieira said post-match, before lauding Eze’s potential to fill that gap left by Gallagher.

“Conor is not here. I’m really happy with the way Ebs has been training and what he did in the game. He will bring us something different but something as good as what Conor gave to us. He is a fantastic player who creates chances, scores goals. Things happen with him on the field.”

That was high praise, but there are areas in which he said there will be a game of catch-up. On the face of it, the victory was simple enough. Palace’s opponents defended appallingly, even if four goals had elements of quality about them. Some elements of their game will require sharpening. This was a performance to be pleased with, nevertheless.

In defence, Vieira has flexibility in mind. Just as Jairo Riedewald probed the left touchline high up the pitch and tucked in when Palace attacked at Loftus Road in the 3-0 victory over Queens Park Rangers a week ago, Tyrick Mitchell was encouraged to get forward here.

At times in the second half, Palace had clearly gone to a three at the back in possession, Mitchell tucking in alongside substitute Will Hughes.

“Even having those two groups we tried different systems because we want the players to have the flexibility to move around,” Vieira said. “It was important for us to challenge those players and for them to sometimes change position and so when we do it in a game the players are not going to be surprised.”

The suggestion is that things will be tweaked accordingly. A back three or a back four, the option is available. Joel Ward’s staying power, a decade on from his arrival, is impressive. Preferred to Nathaniel Clyne he was rarely troubled — it was not much of a test.

Clyne, however, failed to make a sufficient recovery challenge as Montpellier scored their first of two consolation goals. In mitigation Vieira had made significant changes in personnel by this point and the defensive unit was at fault.

Little was learnt about the back line’s preparedness though. Defence ought not to be an area of concern this season.

The midfield was a more curious proposition. On paper, Schlupp partnering Eze with Doucoure sitting seems a good option. It largely proved to be, Schlupp defending well and carrying the ball forward capably and Eze the most accomplished player on the pitch. But there was something missing in the first half particularly. After Schlupp’s substitution, Palace looked more defensively vulnerable.

With James McArthur suffering a setback in his recovery from a groin injury and Gallagher not yet replaced, recruiting another midfielder is necessary. Even if the current options are suitable, an injury to Eze would cause problems.

That additional signing ought to be either a McArthur clone, able to do the defensive role and play both simple and intelligent passes, or an attacking, intensive, energetic No 8.

Vieira switched between two more advanced midfielders in the first half to two deeper in the second, just as his assistant Osian Roberts did at QPR.

Palace are not light on options up front. Particularly noteworthy was Odsonne Edouard being preferred to Jean-Philippe Mateta in the middle. Although Edouard has not had much time on the pitch in pre-season, Vieira would likely have played most, if not all, of his strongest XI just six days out from the season starting.

But Edouard, who confirmed his preference was to play centrally, took advantage of poor defending. “My position is No 9,” he said. “But if I need to play on the wing to help the team, I’ll play there.” His finishing was clinical, and his interplay was also impressive.

This was not Jordan Ayew’s type of match. He was less involved than many, and his attributes — defending from the front, pressing and winning possession high up the pitch — were not suited as Palace dominated the ball throughout.

He will nevertheless provide Vieira with a strong option with Michael Olise preferred in different types of games upon his return from injury.

Wilfried Zaha squaring up to opposition captain Teji Savanier after being on the receiving end of some rough treatment throughout was a sign once again of how much he cares, even in a friendly match.

The 29-year-old has enjoyed an outstanding pre-season and looks eager to pick up from his most productive campaign and his goal was well taken.

Overall, Palace look to be in a good state for the new season. Against Arsenal, the intensity of last season will need to be replicated. That was not apparent against Montpellier.

The main concern will be that they have not replaced Gallagher’s contribution both with that energy and his goal return. Eze may take up that mantle but it will be a difficult task, and his game is more likely to contribute assists.

Changes, however minor, will occur this year. But after a fine first season under Vieira, most of the squad are familiar with each other and players know the system.

With time and at least one more signing, tangible progress is achievable.