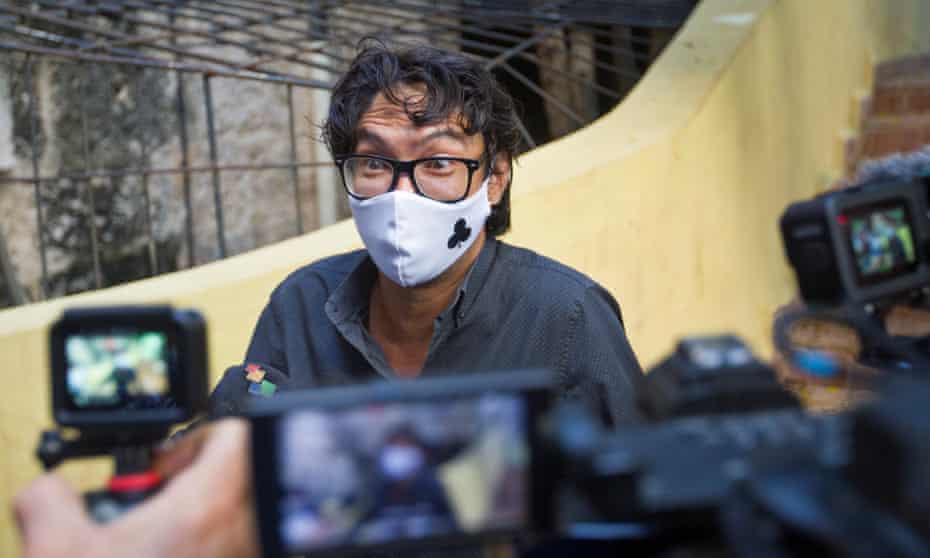 Cuba has denied government opponents permission to stage what they said would be a peaceful march for civil liberties in the capital Havana and a few other provinces on grounds it was part of efforts to overthrow the government, according to a letter handed to organizers.

Protests rocked the communist-run country for two days in July, with the biggest anti-government demonstrations in decades resulting in hundreds of arrests, one death and calls for US intervention by some Cuban Americans.

Government critics, organized by a Facebook group called Archipelago, initially planned protests across the country for 20 November, but switched the date to 15 November after authorities declared the 20th a “National Defense Day” during which citizens practice preparedness for a US invasion.

Why have Cuba’s simmering tensions boiled over on to the streets?
Read more

The fallback date of the 15th, however, falls on the same day Cuba, an island nation of white sand beaches and coral reefs, plans to reopen to tourism after two years in which the all-important industry was hobbled by the coronavirus pandemic.

Cuba watchers and many governments have been closely following this newest challenge to local authorities.

Protests in Cuba have always been forbidden with few exceptions on grounds the United States was behind them, but the country’s new constitution, approved three years ago, opened a new space for “legitimate” protest.

“The protesters … as well as their links with some subversive organizations … have the open intention of changing the political system in Cuba,” a letter to organizers rejecting permission said.

“The protests are a provocation and part of a regime change strategy for Cuba tested in other countries.”

Archipelago, which says it has some 20,000 members, many of whom live outside the country, said they had planned to rally for civil liberties including the right to peaceful protest and an amnesty for imprisoned government opponents.

“We thought this might happen after they declared the 20th National Defense Day,* the protest leader and playwright Yunior García told Reuters.

“This response shows the most conservative and hardline have power in Cuba,” he said, adding the group was still discussing its next move.

Well-known government opponents are among those who remain behind bars following the 11-12 July unrest, some facing long sentences.