No matter how Cubs officials try to spin it, not moving Willson Contreras at the trade deadline can be seen as a missed opportunity. Leveraging Contreras’ free agency with a qualifying offer and collecting a draft pick if he signs with another team wasn’t Plan A, B or C, given the level of engagement with teams like the Mets and Padres, plus the Astros making a deal with the Red Sox for catcher Christian Vázquez.

If the Cubs were ever serious about a long-term deal for Contreras — doubt it — Hug Watch could have been handled less awkwardly. If data is king, it would be preferable to make a big decision with information on a prospect already working in a professional environment as opposed to taking an educated guess on a teenager in the 2023 MLB Draft. If the organization has made so many strides in player development, it would be advantageous to have that prospect acclimating right now instead of waiting to sign that draft pick next summer.

Caleb Kilian excelled in the Arizona Fall League after the Cubs acquired him in the Kris Bryant trade with the Giants at last year’s trade deadline. Kilian also participated in the organization’s monthslong offseason program for a select group of minor-league players, an innovative idea that brought prospects and instructors together at the Sloan Park complex in Mesa, where they focused on skills development, nutrition and strength and conditioning. Kilian pushed himself onto a fast track to make his major-league debut this season, and though his initial performance was disappointing, it still gave him a frame of reference when he returned to Triple-A Iowa.

As bad as the major-league product is right now — the Cubs entered the weekend in last place in the National League Central — there are signs of progress beneath the surface. Two outfielders added to the farm system through the deals that sent Javier Báez (Mets) and Anthony Rizzo (Yankees) to New York at last year’s trade deadline — Pete Crow-Armstrong and Kevin Alcantara — joined Brennen Davis on The Athletic’s Keith Law’s midseason rankings of the game’s top 60 prospects. Contreras is still here to create some entertainment value for Cubs fans, hitting the go-ahead, two-run homer in the eighth inning of Friday afternoon’s 2-1 win over the Marlins at Wrigley Field.

In terms of the value projections Jed Hoyer’s front office uses in assessing potential deals, the future returns from the Bryant trade could provide even more overall impact. Beyond Kilian, the Cubs also acquired Alexander Canario, a 22-year-old outfielder who has posted 19 home runs, 47 RBIs and a .909 OPS through his first 66 career games at the Double-A level. Between Tennessee and the start to his season at High-A South Bend, Canario has 26 homers, 69 RBIs, 13 stolen bases and a .918 OPS in 90 minor-league games this year.

“He’s really controlling the zone,” Cubs vice president of player development Jared Banner said. “He’s striking out less. He’s walking more. He’s just making really good swing decisions. Whenever he makes contact, he does a ton of damage. He’s really strong, and that creates a ton of exit velo. He’s just doing a great job. He’s as hot as could be right now, and he’s trending up. It’s not just a hot streak. He’s doing everything better and better each month. We’re really excited to see that. This is the player we envisioned when we traded for him.”

Originally signed by the Giants out of the Dominican Republic, Canario had to be added to the 40-man roster after the 2020 season to protect him from the Rule 5 draft. Giants president of baseball operations Farhan Zaidi places a premium on each spot on the 40-man roster. At the time of the trade, Canario still had not played a full season of professional baseball, which made it harder for the Giants to carry him on their 40-man roster through a 107-win season. Bryant, the homegrown rookie of the year and MVP for the Cubs, helped the Giants fend off the Dodgers to win the division and gain home-field advantage in the first-round playoff series that the Dodgers ultimately won in October.

Though San Francisco’s major-league club has regressed to the mean, its farm system has also plateaued, which left the Giants with a “colossally underwhelming” trade deadline, as The Athletic’s Andrew Baggarly wrote, stuck in the middle without the means to be significant buyers or sellers. Bryant became a free agent and signed a seven-year, $182 million contract with the Rockies, though injuries (lower back strain, left foot plantar fasciitis) have limited him to only 42 games this season.

Kilian did not take advantage of the opportunity when injuries hit the major-league rotation, giving up 15 runs (13 earned), 11 hits and 12 walks in 11 1/3 innings across three June starts with the Cubs. It was an eye-opening experience that exposed the differences between Triple A and the majors. That gap is even wider this year because of the lost minor-league season in 2020, the trickle-down effect from that shutdown on player development and all the injuries after Major League Baseball’s lockout and a shortened spring training. 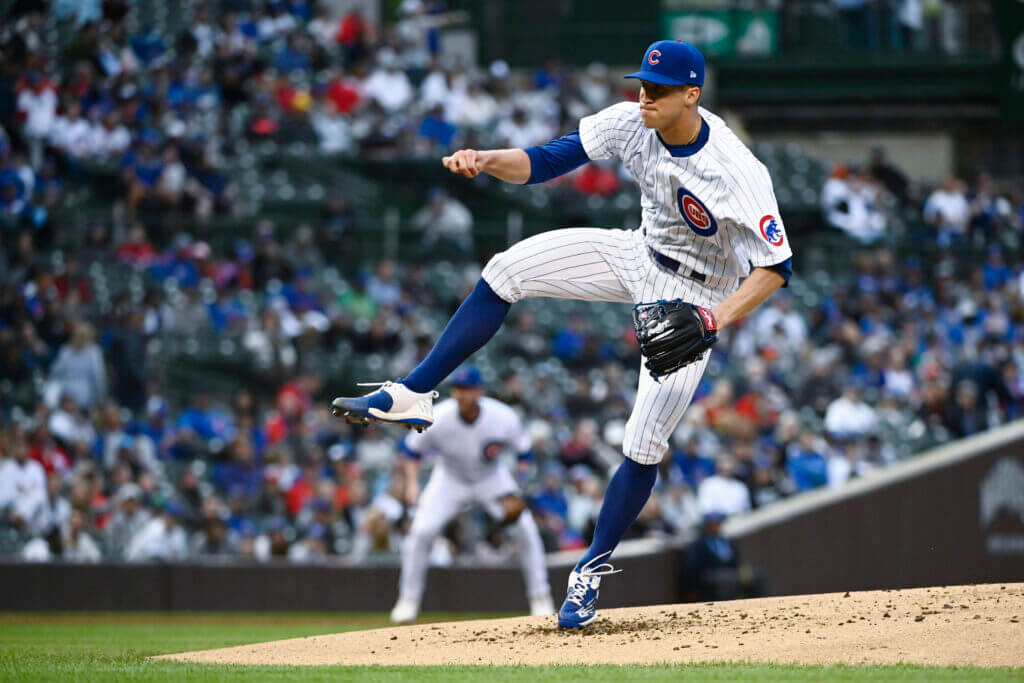 Kilian could get away with certain things against Triple-A hitters who don’t approach the strike zone with the same sense of purpose as Paul Goldschmidt or Manny Machado. The Cubs optioned Kilian back to Iowa with instructions to focus on the fundamentals and concentrate on executing his pitches with more precision.

“You know what to expect now,” Cubs pitching coach Tommy Hottovy said. “For guys that have a lot of success in their minor-league career and then come up and have some struggles at the big-league level, sometimes it can take time to adjust or take the important information out of those outings. The main message from us was: Get back to your routine. Get back to your focus on the mechanical stuff that you’re going to work on. And then it’s just attacking the strike zone with the sinker and the four-seam and letting everything else go from that point.

“The guys that last and make 30 starts a year look like Kilian,” Hottovy said. “They’re built like that.”

If not, the Cubs loaded up on more pitchers between this year’s draft (16 of 20 picks) and the David Robertson trade with the Phillies (for High-A right-hander Ben Brown) plus the Scott Effross deal with the Yankees (for Triple-A right-hander Hayden Wesneski) at this year’s deadline. It’s still hard to believe there wasn’t another interesting pitcher or two out there to be had in a Contreras deal.

What links A League of Their Own to Chadwick Boseman and Madonna?