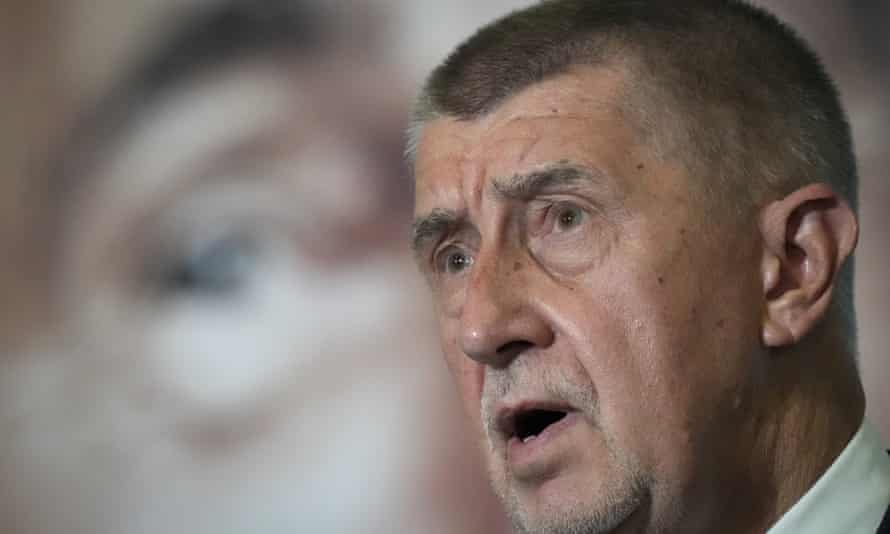 Despite his party losing election, Andrej Babiš says he was Miloš Zeman’s choice to lead next government

Czech politics has been thrown into fresh uncertainty after the billionaire prime minister, Andrej Babiš claimed the president had promised him a shot at heading the next government despite being defeated in a general election.

In a statement that was met with widespread scepticism, Babiš told journalists thatMiloš Zeman, gravely ill in hospital, told him “repeatedly” that he would choose him to lead a new administration when the pair met on Sunday, a day after the unexpected poll result.

The men, close allies, reportedly saw each other for 45 minutes at Zeman’s presidential retreat at Lány Castle, outside Prague, shortly before the president was taken by ambulance to Prague’s central military hospital, where he is in intensive care. Doctors say he is being treated for an unspecified chronic illness.

“On Sunday, when I spoke to the president, he talked about the fact that when the moment comes, he will address me. He said it repeatedly and it is up to me whether I accept the assignment,” Babiš said.

The prime minister – who reversed a pre-election pledge to quit politics in the event of defeat by declaring himself ready for opposition – did not say whether he would accept the apparent offer.

Babiš’s populist Action for Dissatisfied Citizens (ANO) party narrowly lost the popular vote to the centre-right Spolu (Together) grouping in last week’s election but took one more seat, 72 to 71, in the 200-member parliament. Zeman has said the next government should be formed by the leader of the biggest party, in this case ANO.

However, Babiš has no route to a coalition after Spolu, a three-party bloc led by Petr Fiala, refused to enter government with him and instead opened negotiations with a liberal faction, Pir-Stan, with whom it has a total of 108 seats, enough for a majority administration.

The prime minister’s assertion drew accusations that he was trying to sow confusion, with some questioning why he had waited more than 48 hours to disclose the unverified conversation after leaving Sunday’s meeting through a side door to avoid journalists.

It also contradicted some media accounts that the pair had not actually spoken during the encounter, which was brought forward by several hours because of Zeman’s illness and impending hospital admission. Afterwards, the presidential spokesperson, Jiří Ovčáček, said Zeman had not given Babiš his blessing to start coalition talks.

Miloš Vystrčil, the chair of the Czech senate, the parliamentary upper chamber, has been tasked with establishing the state of Zeman’s health amid criticism that the president’s office has covered up his illness and opposition demands that parliament invoke article 66 of the constitution to declare him unfit to conduct his duties. This would deprive him of the power to choose who is to form a new government.