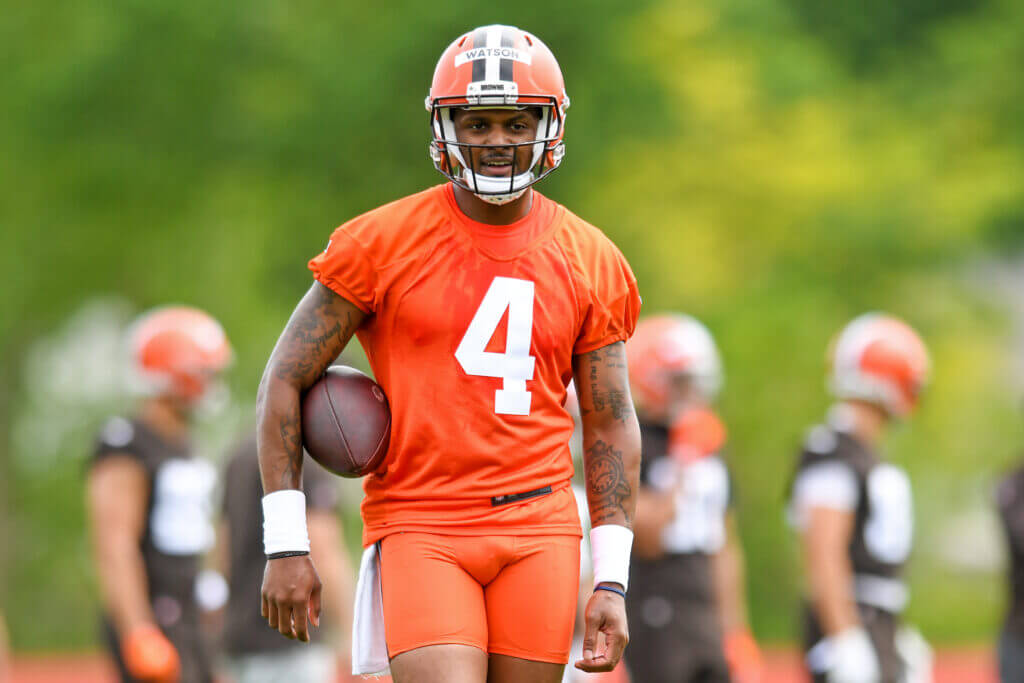 The attorney representing several accusers in the sexual assault and misconduct civil suits against Browns quarterback Deshaun Watson said his clients felt “invisible” during the investigation and “defeated” after Watson received a six-game suspension earlier this week.

Attorney Tony Buzbee said in a Thursday press conference that one of his clients said, “six games isn’t even a slap on the wrist. It’s a kiss on the cheek.” He added that his clients felt the league didn’t care about the truth or care about victims of sexual assault.

Buzbee said 10 of his clients met with NFL investigators and he offered more. He added that the league declined, and also declined sworn statements from others. He also said none of his clients testified at the three-day hearing in late June and they didn’t know what was presented, saying the NFL gave them no explanation.

Judge Sue L. Robinson, the independent disciplinary officer jointly appointed by the NFL and NFLPA handed down a six-game suspension for Watson earlier this week for violating the league’s personal conduct policy. The league has filed an appeal and is seeking an indefinite suspension that would last a minimum of one year, a source told The Athletic.

Watson was accused of sexual assault and misconduct by numerous massage therapists while he was with the Texans. Watson hasn’t been charged criminally but has civil settlements with 23 of his 24 accusers.

Ashley Solis, one of the first accusers against Watson, said in the press conference that she received several death threats and other threats and started suffering from depression.

“So if anyone has ever tried to abuse their status and overpower you, remind them that they picked the wrong one to try that with,” Solis said. “That is exactly what I am, the wrong one.”

NFL commissioner Roger Goodell will not preside over the league’s appeal in the suspension process for the now Browns quarterback, according to reports. Goodell will instead hand over the duties to someone who is not in the league office. Buzbee responded to that news by saying he doesn’t trust the appeals process will be handled by someone truly independent from the league.