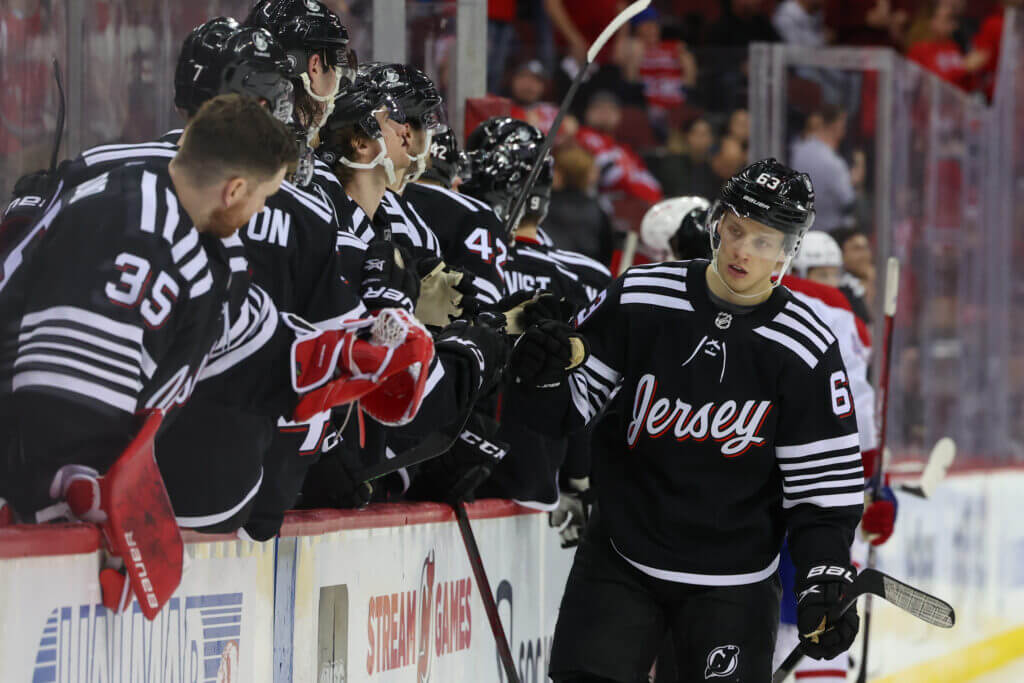 The New Jersey Devils re-signed restricted free agent forward Jesper Bratt to a one-year deal worth $5.45 million Wednesday. Both parties were scheduled to meet Wednesday for an arbitration hearing.

The 23-year-old Swede just finished his fifth NHL season where he posted career highs in goals (26) and points (73) through 76 games. He had the team lead in points and shared the team lead in goals with Jack Hughes. Through 307 career games, Bratt has 70 goals and 203 points. Bratt was drafted in the sixth round, 162nd overall, of the 2016 NHL Entry Draft by the Devils.

The deal could be seen as a discount considering his market value — which restricted free agents often don’t sign up to — is $9.1 million after his career season. That comes in higher than any of Evolving-Hockey’s projections, which on the high end featured a $7.2 million cap hit for eight years. Their model gave the highest probability to a four-year contract worth $5.6 million on average, which does line up with some similar players to Bratt.

The actual final value of $5.45 million is just above the mid-point of the difference between the arbitration filings from the player ($6.5 million) and team ($4.15 million). This middle-ground gives Bratt a chance to build on his stellar 2021-22 campaign, where he was one of the most valuable players on the team, to sweeten his next contract.

Bratt will also remain a restricted free agent at the end of the contract. Plus, with aging curves in mind, if the winger’s next contract is a lengthier deal, it could still age well.