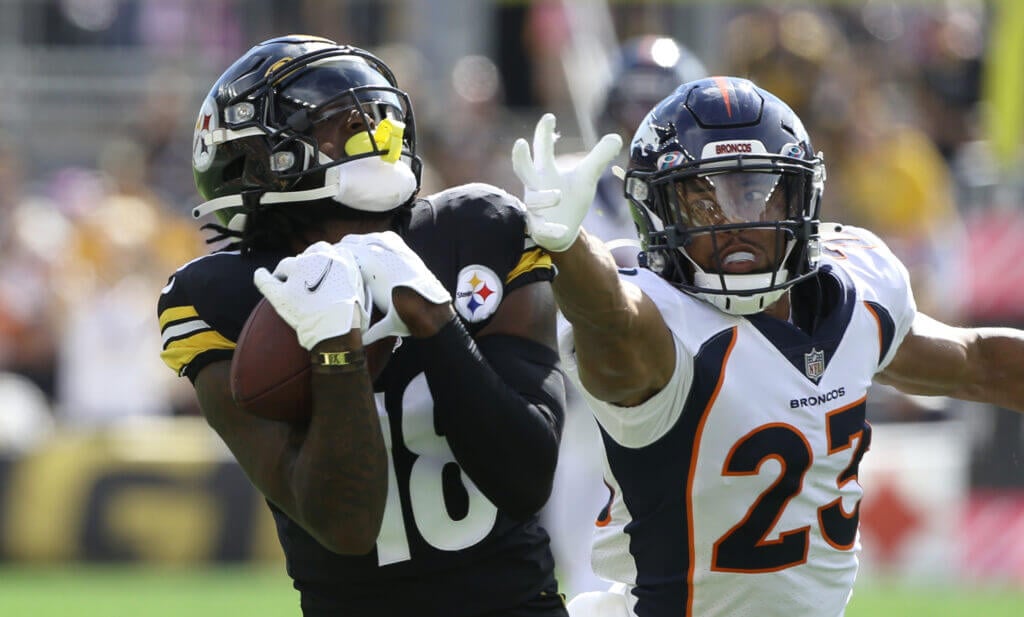 Steelers wide receiver Diontae Johnson has signed a three-year contract extension, the team announced Thursday. Pittsburgh did not release details of the contract.

Johnson has become the Steelers’ go-to receiver the past couple of seasons. He earned his first trip to the Pro Bowl in the 2021 season with 107 receptions for 1,161 yards and eight touchdowns in Ben Roethlisberger’s final season in Pittsburgh.

There’s little doubt how much the Steelers leaned on Johnson last season. Via Sports Info Solutions, he ranked second in the league in targets with 171 in 2021. Only the Rams’ Cooper Kupp (192) received more targets.

Johnson was always going to be the Steelers’ choice if he was willing to accept what the team offered. He wasn’t going to get the long-term deal like the rest of his 2019 draft class so a compromise had to happen. It is a good deal for both sides as Johnson got a nice guarantee and the Steelers aren’t tied to him past the 2024 season.

The extension also shifts the way the Steelers like to construct deals in the past under Kevin Colbert. New general manager Omar Khan showed he’s open to a different way to do things. Johnson joins Hines Ward and Antonio Brown as the only receivers who got multiyear second contracts with the Steelers as wide receivers.