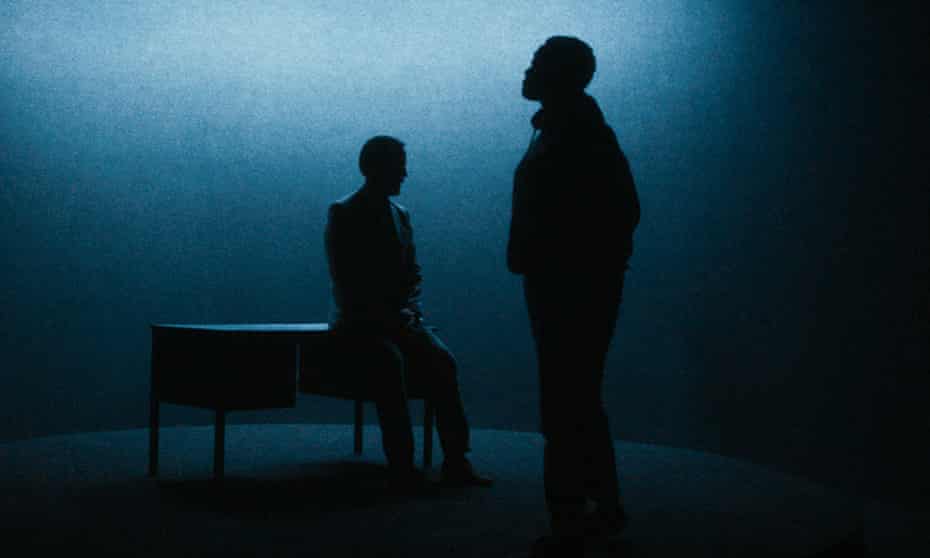 The new movie from debbie tucker green is a vivid hybrid artwork, combining filmed theatre, location set pieces and installation-style presentation, with a cast including Lashana Lynch (fresh from her performance as 007 in No Time to Die), Arinzé Kene and Carmen Munroe. It is about the black British experience and how it relates to American history and the larger context of empire and exploitation.

This is a balletically achieved cine-prose-poem in three sections. In the first, with actors positioned on what appears to be a dark stage, a series of encounters and confrontations are laid out, sometimes along gender or generational lines, about the reality of violence and the ever-present threat from the police. A mother tells her son to stay proud but also not to be arrogant, and not to court trouble. He is understandably angry. Another young man confronts his father about the civil rights generation and its failure to defeat institutionalised racism. Munroe has a tremendous spoken aria of spiritual defiance in the face of brutality.

In the second section, perhaps the keynote, Lynch plays a polite sociology student who has come to see her professor (played with chillingly smug calm by Demetri Goritsas) about his glib interpretation of a school massacre, evidently by a “lone wolf” white culprit, with black people among his victims. She challenges him over his obtuse emphasis on the perpetrator’s troubled home life, and advances instead her reading of the political and racial context – and finds that the professor is defensive and hostile and even winds up accusing her of sounding “aggressive” exactly as the police do. (The Sarah Everard case has incidentally given white audiences food for thought on all this.) It is an agonisingly tough watch, crackling with tension.

The third part (what I think of as the “installation”) shows white people simply reading aloud the brutally racist laws in force in the United States from the 19th century down to the end of the Jim Crow laws in the 1960s, building dramatically to another ensemble performance from the actors. ear for eye submits racism to a complex act of dramatic scrutiny.