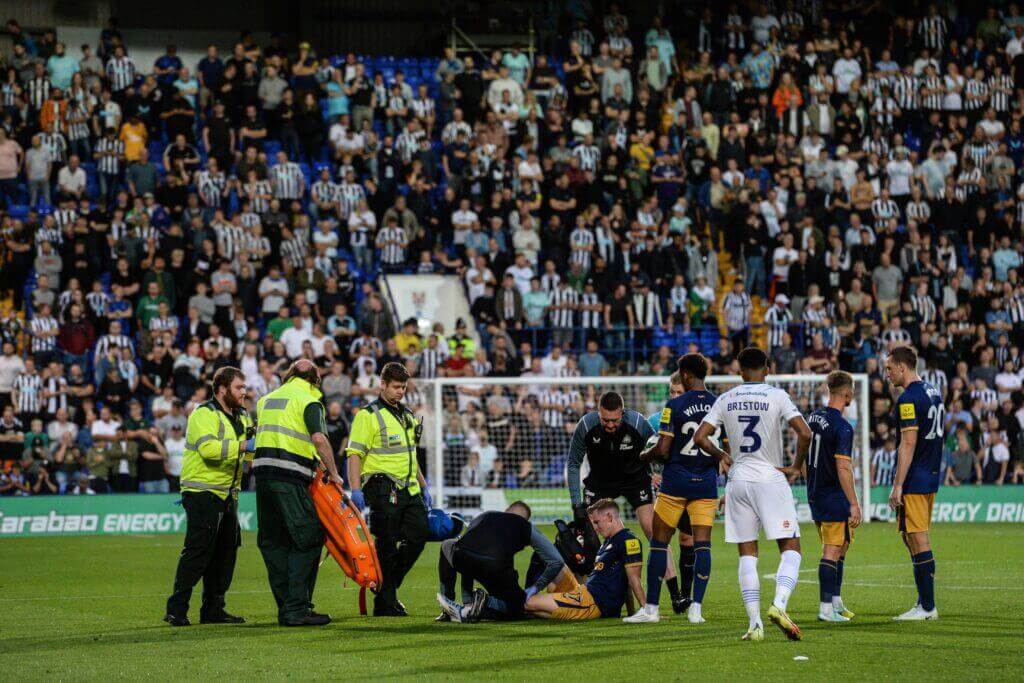 Eddie Howe has confirmed that Emil Krafth has suffered an anterior cruciate ligament injury and will be out for a few months.

The Newcastle United defender posted on his Instagram on Saturday that he had picked up a knee injury in the Carabao Cup win over Tranmere Rovers.

And Howe revealed the extent of Krafth’s injury after his side’s 1-1 draw with Wolverhampton Wanderers on Sunday.

He said: “It’s a massive blow for us. Emil has been superb for us ever since I came to the football club. In all sorts of ways, on the pitch and off the pitch, he’s a brilliant guy.

“We’re all really feeling for him now. It’s an ACL injury, so he’ll be out for a number of months.”

On injuries, he added: “We’re counting the cost of a spell where we’re getting some rough luck with injuries. The lads are exerting so much within the games that we’re feeling the effects of that.

“The lads emptied their tank. We’ve picked up a couple of injuries. I don’t know how bad they are.”

Howe also suggested Newcastle could yet sign more players this window, despite breaking their transfer record by signing Alexander Isak for around £60million on Friday.

Asked about whether injuries would see them make other moves: “Yeah, maybe. We’ll have a look, count the bodies, see who we have fit and then make a decision on whether we go into the market.”