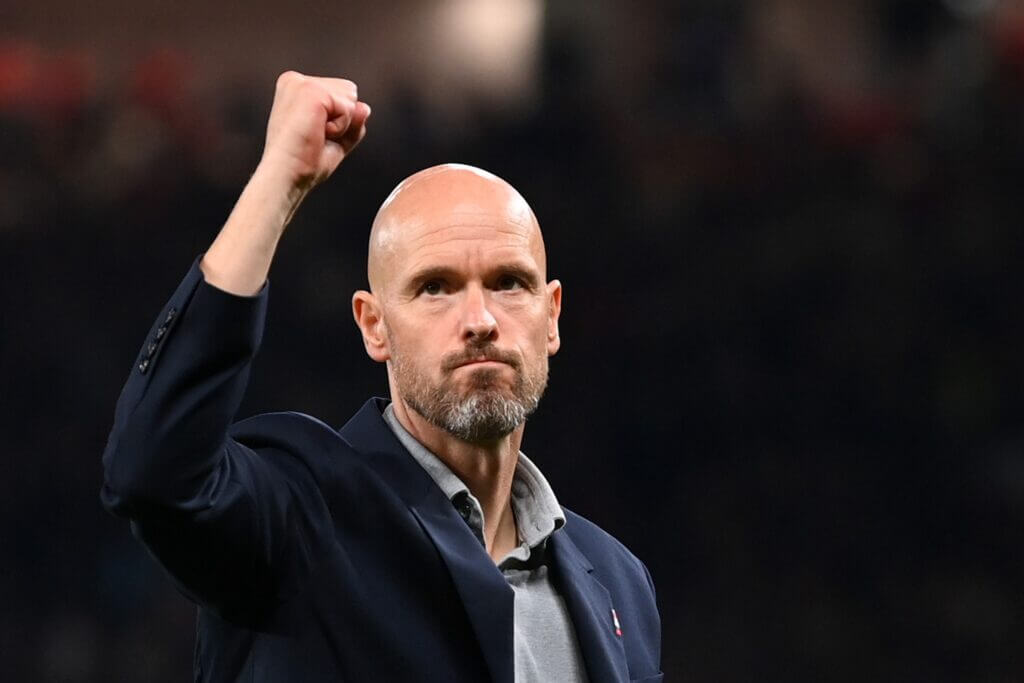 Erik Ten Hag hailed Manchester United’s attitude in their win over Liverpool — and praised his side for playing “fucking good football”.

United overcame Liverpool 2-1 on Monday night to end a bad start to the Premier League season following defeats to Brighton and Brentfors.

He told Sky Sports: “We can talk about tactics, but it’s all about attitude. We can see that attitude on the pitch.

“There was communication, there was fighting spirit, and especially there was team(work) and you can see what they can achieve, because they can play fucking good football.”

Ten Hag insisted he had wanted his players to show courage ahead of the game.

He continued: “I said to [the players] we have to act, not talk a lot. Make sure you are a team and battle and be brave. It’s not only about spirit out of possession.

“Sometimes strikers think they cannot do it because they have to save their energy for offensive actions.

“Nowadays it’s a demand and that is what you saw. It makes me happy Rashford and Sancho scored the goals.”

United are 14th in the Premier League, having won a game at the third attempt this season.

The Dutchman dropped Harry Maguire and Cristiano Ronaldo from his starting line-up, but played down the decision.

“I don’t have to mention Harry Maguire and Ronaldo — amazing players — they will play a role in the short future.”

House of the Dragon review – this Game of Thrones prequel is gorgeous, opulent television