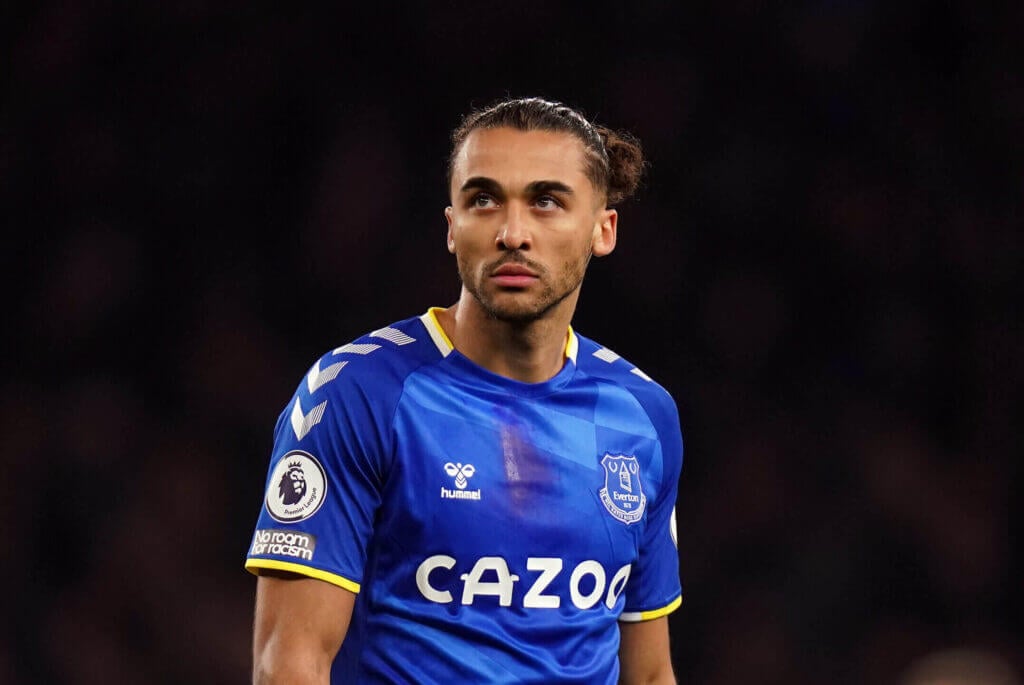 Everton striker Dominic Calvert-Lewin is set to spend six weeks out through injury.

Manager Frank Lampard confirmed on Wednesday that Calvert-Lewin would miss Everton’s opening Premier League game against Chelsea, but gave an update on the 25-year-old’s fitness a day later.

“Losing a player of Dom’s quality is obviously going to have an impact,” Lampard said. “I think we’re probably looking around six weeks for the injury.”

The Athletic reported earlier on Thursday that Everton are ramping up their search for a striker, in light of Calvert-Lewin’s injury.

Lampard also confirmed that defender Yerry Mina will be fit for Saturday’s game, as well goalkeeper Asmir Begovic who has returned “ahead of schedule”. Allan will be in the match-day squad but still needs more “match fitness”, while fellow midfielder Andre Gomes is still a week or two away from returning and Tom Davies should resume training next week.

Club captain Seamus Coleman will play for the Everton Under-21s on Friday in order to build up fitness.

Calvert-Lewin’s injury means Everton now have no senior centre-forwards fit for the visit of Chelsea, with Salomon Rondon suspended and Richarlison having departed for Tottenham Hotspur earlier in the summer.

Calvert-Lewin missed much of last season with a persistent quadricep problem but had featured regularly in pre-season.