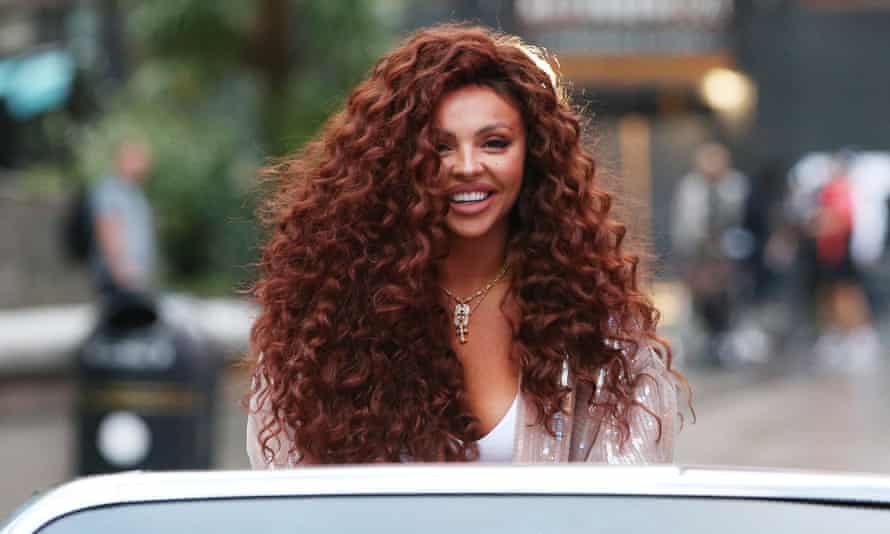 It was a hotly anticipated solo single from the former member of one of Britain’s most successful music groups, Little Mix. But Jesy Nelson’s foray back into the charts became mired in controversy after the singer was accused of “blackfishing” in her new music video.

Nelson, from Romford in east London, bore the brunt of social media criticism for her appearance in the video for Boyz. She was accused of blackfishing, a form of cultural appropriation where a non-black person tries to appear black or mixed race.

In a conversation on Instagram Live with Nicki Minaj, who provides a verse on the track, Nelson said she never intended to cause offence. The singer also denied using fake tan and said she had been to Antigua before the shoot, which explained her darker skin tone.

The video for the track, which also samples P Diddy’s 2001 single Bad Boy for Life, is a reimagining of his original, and includes a cameo from the veteran rapper. It begins in a picturesque US town, before the tranquillity is interrupted by the arrival of cars and a huge tour bus.

“I personally want to say that my intention was never, ever to offend people of colour with this video and my song because, like I said, growing up as a young girl, this is the music that I listened to,” Nelson said.

It is not the first time Nelson has been accused of disingenuously using the aesthetics of black women and R&B, including by curling her hair a certain way or wearing cornrows, overlining her lips and wearing dark fake tan.

Blackfishing is derived from the term catfishing, which refers to a person using a fake picture or a fictional personality to lure people into a relationship.

Rita Ora, who is of Kosovan descent, has repeatedly been accused of styling herself in a way that made people believe she was biracial. Similarly, the Kardashians, Ariana Grande and Iggy Azalea received backlash for trying to appropriate black culture.

Nelson’s comments this week followed reports that her former Little Mix bandmate Leigh-Anne Pinnock had warned her about blackfishing.

But Nelson said she was fortunate to easily tan when in the sun and told Minaj that Pinnock had previously commented on her propensity to tan. Her hair, she added, was naturally curly despite complaints she had changed her style. “I genuinely didn’t think I was doing anything wrong, because I’ve got naturally curly hair.”

Addressing alleged comments from Pinnock about blackfishing, Nelson said: “It’s just hard for me because I was in a group with two women of colour for nine years and it was never brought up to me up until the last music video I did with them.”

Minaj in turn defended Nelson and appeared to aim several barbs at the members of Little Mix. “Stop trying to hurt people and kill people’s lives and careers. This is the way people feed their families,” she said in the Instagram Live. “Stop. If you want a solo career, baby girl, just say that. Only jealous people do things like this.”

But Minaj and Nelson have courted further controversy by appearing to mock Pinnock, with many accusing Nelson of hypocrisy after she opened up about her own experiences of internet bullying in the BBC documentary Odd One Out last year.

Nelson announced her departure from Little Mix in December 2020 after nine years in the hugely successful girl group, who have sold more than 50m records worldwide and broke the record for the group with the most No 1 singles last year.

Blackfishing is a form of cultural appropriation where a person pretends to be black or mixed race. The term is derived from the term catfishing, when someone uses fake pictures or makes up a fictional personality to lure people into a relationship.

Where did the term come from?

The term blackfishing was coined by the journalist Wanna Thompson on Twitter in 2018.

Thompson told CNN: “Blackfishing is when white public figures, influencers and the like do everything in their power to appear black. Whether that means to tan their skin excessively in an attempt to achieve ambiguity, or wear hairstyles and clothing trends that have been pioneered by black women.”

“Instead of appreciating black culture from the sidelines, there’s this need to own it, to participate in it without wanting the full experience of blackness and the systemic discrimination that comes with it.”

Why is it an issue?

Blackfishing allows people to participate in black culture without getting the full experience of being black, including the discrimination that comes with it.

Johanna Yaovi, the founder of the Curl Talk Project, told the Guardian: “It’s about picking and choosing common black traits and characteristics for one’s benefit, while we continue to face discrimination on a day-to-day basis.

“As black women, we are constantly fighting for clear, authentic representation and diversity and then have to face individuals who do blackfishing, individuals who therefore look ambiguous enough for brands to use them as emblems for diversity.”