The transaction log of Jesse Chavez’s career is about as long as a CVS receipt. The right-hander has played on nine major-league teams. He’s had multiple stints for four of those teams.

Chavez was drafted by the Rangers in 2002, then threw his first pitch for Texas in 2018 after playing for the Pirates, Braves, Royals, A’s, Blue Jays, Dodgers and Angels. After his first stint with the Rangers, he suited up for the first time with the Cubs. He went back to the Rangers in 2019.

Chavez is the most traded player in MLB history, according to MLB.com. He’s been dealt 10 times. For the likes of Kyle Farnsworth, Liam Hendricks, Rick Ankiel and many more.

“I don’t know. It all depends on how people want to look at it,” said Chavez, who will turn 39 next week. “I’m just a good guy or a bad guy. It all depends. I feel like I’ve been on the good side.”

Just a few ticks before the trade deadline on Aug. 2, Chavez was traded to the Angels. He was swapped alongside Tucker Davidson in exchange for former Angels closer Raisel Iglesias. It was mostly a salary dump for the Angels.

On the outside, there are a lot of reasons why this trade would be disappointing for Chavez. He was pitching really well for the Braves and earned his first World Series championship with Atlanta last season.

Chavez had a 2.11 ERA over 38 1/3 innings with the Braves this season. He struck out 47 while walking only 10. It was a dominant season and he was truly healthy and comfortable. He and his family had settled in Atlanta. The Braves are well on their way to another playoff berth.

As things go for Chavez, that comfortability was gone in the blink of an eye. Chavez did what he’s now so used to doing. Packed up his bags. Said goodbye. And shipped off to a new team. In this case, an old team. He played for the Angels in 2017 and was with them in spring training last year.

He’s now trying to make the most of the situation. Make the most of coming back to his Southern California home with his family, and possibly play out the string on his very long career for a team that’s out of contention.

“He’s just such a class dude. He’s going to fit in great in our pen,” said Angels manager Phil Nevin. “He’s someone that I’m going to lean on to help bring those kids along. He’s happy to be here, he’s happy to be home. It’s got to be tough leaving a contending team. … But he also understands when he comes here, he has a job to do.” 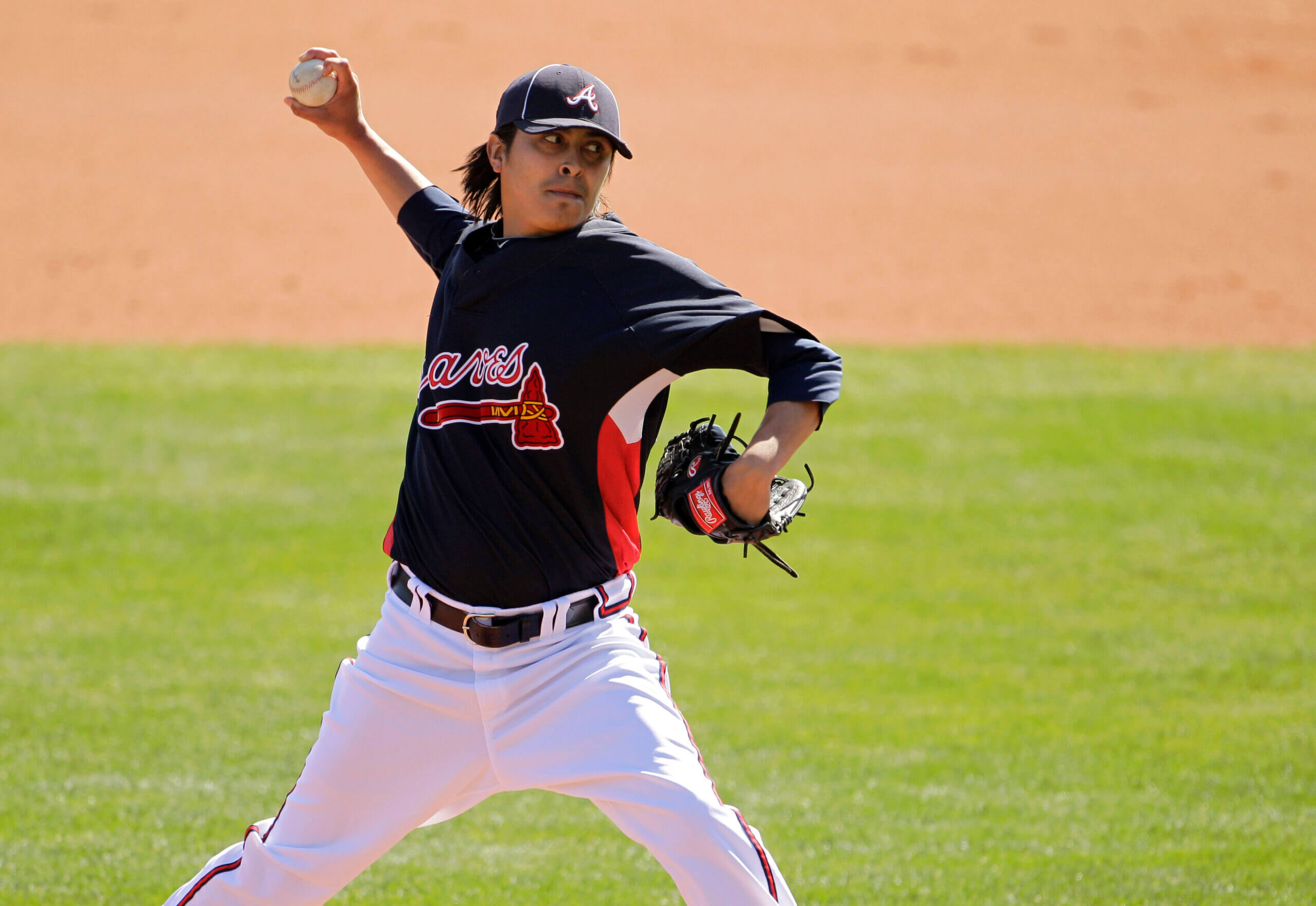 Chavez was picked up by the Braves last season when no other team called him following his release from the Angels. Prior to that point, it seemed like retirement might be inevitable. He wasn’t guaranteed a roster spot and went to the Alternate Training Site.

He proactively worked with younger pitchers. Proactively developed relationships with them, at a time when they were all competing for looks with the big-league club. Davidson was also at the Braves’ alternate site last season.

“He was one of those older veterans that said, ‘Hey, you’re really good. You have these types of things. I’m going to help you along, we’re going to become friends,’” Davidson recounted. “We started hanging out on the road, that type of thing.”

That mentorship continued into the postseason, when both players were on the big-league team and Davidson was tasked with opening a World Series game. He worked with Davidson in particular on keeping his heel on the ground a little longer during his windup, which helped him stay on his back leg. In turn, that bettered his fastball command.

That’s just one example. But it’s a role Chavez said he’s ready to embrace even further. He’s coming to a team where that might be more valuable than actually pitching, given the team’s place in the standings.

“I relish it. I looked up to older guys when I was younger,” Chavez said, noting that it’s cool to be leaders alongside Aaron Loup and Ryan Tepera, given that they were all young teammates with the Blue Jays a decade ago.

“I like to sit back and lead by example. And if you got a question, we can sit there for five hours and talk pitching. That’s kind of what I like to do and bring to the table. I’m an open book.”

Chavez has contemplated retirement in the past. An elbow injury during his latest stint with the Rangers forced him to consider the possibility. But now that he’s healthy, and feels good, that is on the back-burner but remains an ever-present and obvious question.

He said he’ll let the hitters decide when he retires. Also, once his fastball sits below 90 mph, that might be another factor. But it doesn’t now, and he’s still pitching at a pretty high level.

It meant the world to him to win the World Series last year. He’d been sitting at home for nearly a month. No one wanted him, until the Braves took a flyer. He was willing to go to Triple A. He said his ego didn’t get in the way.

He got his ring. For a player who has been everywhere and back again, this was the unique chance to live on forever in one place. He’ll always be a part of that championship team.

But for Chavez, that didn’t mean he’d stay in one spot. That just isn’t who he is.

So he packed up his family once again — his kids are 18, 12 and 7 years old. Moving isn’t easy for him. It’s harder for them. But it’s part of it, and Chavez knows that better than anyone. He also knows it’s a chance to elongate a career that could have ended long ago at several points.

When the latest trade went down, there was a sense of familiarity in embracing the unfamiliar.

‘The original title was Wouldn’t it Be Nice – it felt meaningless’: how Nik Kershaw made Wouldn’t It Be Good