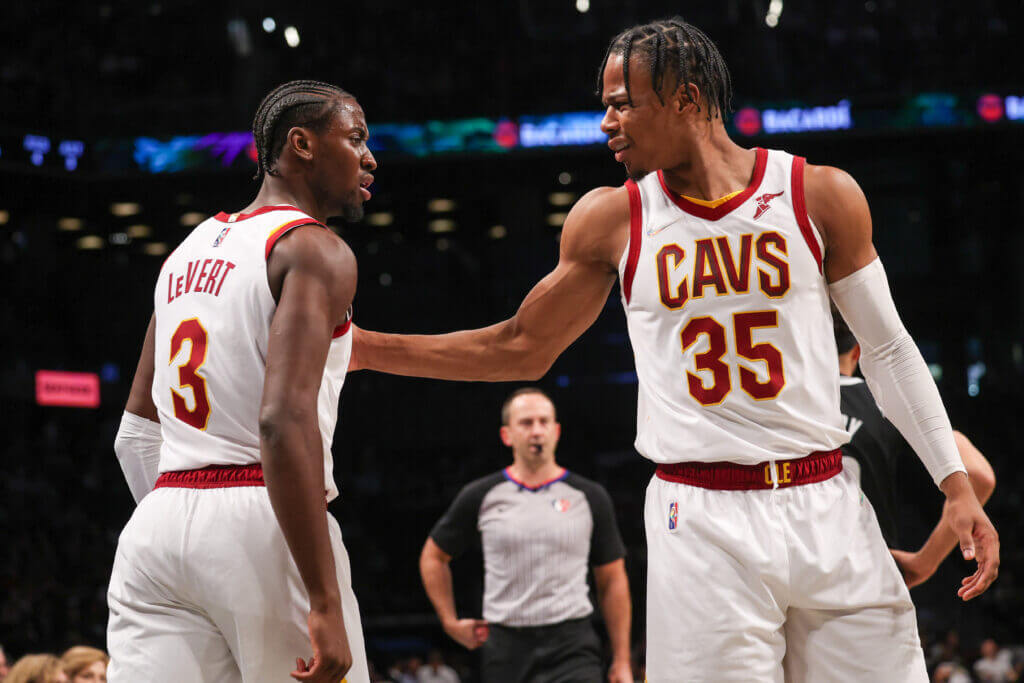 The start of the 2022-23 NBA season is just over two months away. It’s an important one for the Cleveland Cavaliers as they look to build off their progress from last season and take the next step forward.

While there will be collective goals for the Cavs as a team, several individuals will be under the microscope entering the new season. There could still be some roster decisions by the start of the regular season. The Cavs have 15 players currently on their roster, both two-way contracts filled and Collin Sexton still mulling a decision to remain in Cleveland.

But let’s take a look at four Cavaliers players who have something to prove during the 2022-23 season.

Okoro will enter his third season this fall with the Cavs and his third overall in the NBA. In his first two years, Okoro demonstrated his importance as a wing defender. He has been up to the challenge to guard some of the league’s top players at that position. Yet, Okoro has struggled with his offensive production.

At the end of the 2021-22 season, there was a belief that he could improve offensively, building off the flashes he displayed. But Okoro’s production has ebbed and flowed.

The Cavs recognized Okoro’s offense as an area of growth, and it’s something he’ll have to show this season. While his defensive instincts have proved beneficial, he hasn’t quite realized his full offensive potential yet. The Cavs have a bit of a logjam with guards Caris LeVert and Ochai Agbaji, so Okoro will have to prove he can be a two-way guy in order to earn his minutes.

Osman’s main goal is to show why he deserves a spot in the rotation. He often struggled with playing at a consistent level last season, especially toward the latter half when he was in and out of the rotation.

In 66 games, Osman averaged 10.7 points in 22.2 minutes per game – his second-lowest average minutes over his five-year career. He shot 43.3 percent from the field and 35.7 percent from 3 while dishing out two assists per game and grabbing 2.2 rebounds.

The Cavs can use Osman as an option at small forward behind Lauri Markkanen. Yet, guys like Okoro, LeVert and Agbaji also could fill that void, which would help the team find minutes for all their guards. In order for Osman to be an option, he has to show a higher level of consistency in his shooting and overall game, especially on the defensive end of the floor. He can earn his spot in the rotation and minutes with that improved consistency.

When the Cavs drafted Windler in 2019, the hope was that he was going to be a solid wing player and an outside shooting threat like he showcased at Belmont. But Windler’s first three seasons in the league haven’t been the easiest. He’s dealt with numerous injuries – including season-ending injuries his first two seasons – and couldn’t find a consistent spot in the rotation when he was healthy last season. During the 2021-22 season, Windler played in 50 games, shooting 30 percent from 3 and 37.8 percent from the field. He averaged 2.2 points per game and roughly 9.2 minutes per game. He also spent time with the Cavs G League team, the Cleveland Charge, to get more reps.

Windler needs to prove that he can stay healthy and contribute off the bench in any minutes he earns. That will be his biggest challenge this upcoming season.

Windler also is entering the final year of his rookie contract, as the Cavs exercised the club option for the 2022-23 season back in October 2021. If he is still on the roster, Cleveland could extend him a qualifying offer next offseason for the 2023-24 season, and he could become a restricted free agent. Regardless, Windler needs a healthy season to show his game and that he can stick in the league as a rotational player. That’s what his 2022-23 season will be about.

Here’s a bonus player and one that comes with a caveat. LeVert is extension eligible this offseason as he heads into the final year of his contract. If there isn’t an extension before the beginning of the season, then LeVert is playing for his next contract in a sense, either with the Cavs or elsewhere in the league.

The first few months after LeVert was traded to Cleveland weren’t exactly what the Cavs were hoping to see. Following the All-Star break, LeVert missed time due to a foot injury. Then, once he was healthy, he tried to acclimate to a team that was dealing with injuries and looking to make a final playoff push. The 24 minutes against the Atlanta Hawks in the final Play-In Tournament game, where LeVert started alongside Darius Garland and the five-man lineup excelled, wasn’t enough for a full evaluation in terms of a long-term extension.

LeVert expressed a desire to stay in Cleveland in his April exit interview. Yet, there has to be a reason to give an extension. The front office knew of his contract situation when they traded for him. They recognize all the factors that were in play in the final few months of last season that affected LeVert. They know the type of player he is and his potential with the Cavs. But, if they want to see more of a full season, LeVert can use the 2022-23 season as that opportunity.

Be warned: inflation could take British politics to a very dark place indeed