From Shakespeare to the Shatman: who is William Shatner? 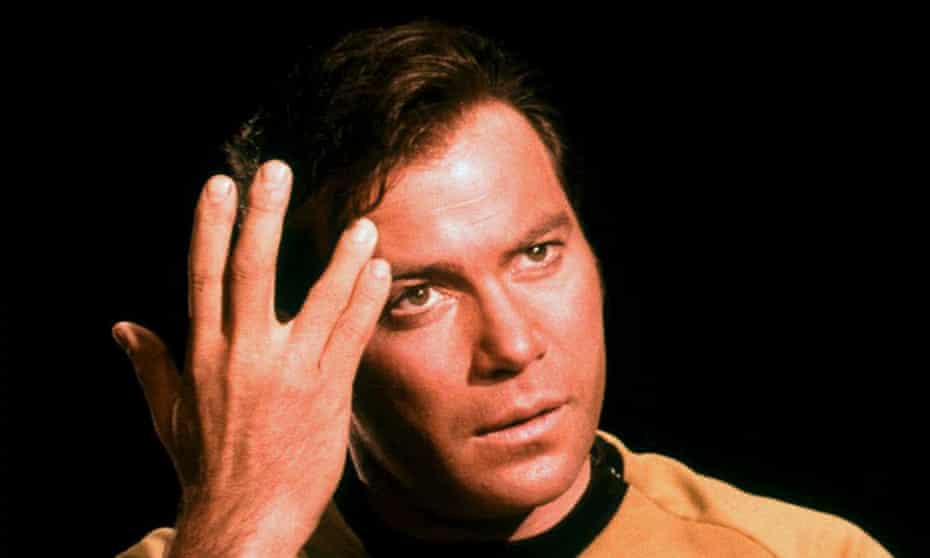 Famous for … his … HAMMY and … stacattodeliverystyle, the Canadian actor was in fact a member of the Stratford Shakespeare festival in Ontario, which he joined after replacing an ill Christopher Plummer as Henry V. He took Marlowe’s Tamburlaine the Great to Broadway, where he also played in A Shot in the Dark with Julie Harris and Walter Matthau, and he used that as a springboard into film and television: in the 1950s and 60s he had hundreds of roles, including in The Brothers Karamazov opposite Yul Brynner. But most of the efforts to make Shatner a leading man didn’t quite work.

Shatner may have been the second choice of Star Trek’s creator, Gene Roddenberry, but once he landed the part he nailed it, gamely investing the polystyrene sets and putty-foreheaded alien life with a kind of grandiose charm. Star Trek would have been nothing without Spock, the ship’s half-Vulcan and therefore mostly emotionless science officer, played by Leonard Nimoy in another career-defining role, but Spock would have been nothing without Kirk dragging him along to various planetary surfaces and teaching him the good old-fashioned human pleasures of fistfights and earthly love. Speaking of which …

He shared the first interracial kiss on US network television

Well, kind of. Six years after playing a bigot in Roger Corman’s The Intruder – an unflinching look at racial tensions in the south, which many theatres were afraid to run – Shatner and Nichelle Nichols, a Black woman who played the role of Lieutenant Uhura on Star Trek, shared a somewhat obscured kiss in the 1968 episode Plato’s Stepchildren. (He later claimed they didn’t actually touch lips; she says they did.) Though the clinch became well known as a US television first, various other earlier interracial kisses have since come to light – though by a weird twist of fate, the first of these also involved Shatner: with France Nuyen in a scene from a Broadway production called The World of Suzie Wong that was aired on the Ed Sullivan show in 1958.

He was kind of a nobody after Star Trek

Star Trek wasn’t exactly a flop, but it wasn’t a hit, either: it was only thanks to a coordinated letter-writing campaign by aggrieved viewers that it was saved from cancellation after the second season, and it was finally tanked after the third. Shatner’s career, and life, more or less tanked alongside it. He got divorced and moved into his truck. He also made The Horror at 37,000 Feet, about which the less said the better. But a new phenomenon, television syndication, allowed Star Trek to build a new following. It sparked fan conventions – another nerd-world innovation – as well as dozens of films, follow-up TV series, books, video games and a fully worked-out Klingon language. It is now one of the highest-grossing media franchises.

He revived his career by playing William Shatner

As well as becoming a convention mainstay, starring in a series of Star Trek films and taking various semi-serious roles – including the 1980s conservative cop in a PC world gone mad, TJ Hooker, and as host of the emergency-line reenactment series Rescue 911 – Shatner has made a kind of secondary career out of spoofing his own reputation for cheesy bombast. He parodied Kirk in Airplane II (1982), briefly played the WWF wrestling character the Shatman, and brought down the house in the 1998 film Free Enterprise, in which he played William Shatner as a man on a mission to make a rap version of Julius Caesar with himself starring in all the roles. The TV producer David E Kelley wrote the part of Denny Crane in Boston Legal specifically for Shatner, an ageing star with an ego so large he ends statements by saying his own name out loud to “sign” them. Shatner won an Emmy for it.

He’s sort of a musician

Q selected his first album, The Transformed Man, released in 1968 while he was still playing Kirk, and which includes a cover of Lucy in the Sky With Diamonds as well as Shatner delivering three separate Shakespeare monologues, as No 45 on its 50 worst albums of all time. But his star turn doing a spacey, tuxedoed, cigarette-dragging spoken-word take on Rocket Man at the Science Fiction Film awards in 1978 laid the groundwork for his much more successful second effort: 2004’s Has Been, made with Ben Folds, in which Shatner brilliantly covers Common People. He has since made six more albums. One of them is called Ponder the Mystery.

He wrote of his third wife, Nerine Kidd, that she “had the beauty and brains and a joy for living that I had rarely seen before. And she also had one other thing that I didn’t learn about for quite some time: she was an alcoholic.” Leonard Nimoy, also an alcoholic, would take Nerine to AA meetings. Shatner hoped marriage would sort everything out (“I was so certain that by loving her enough I could cure her”), but one night he discovered her body at the bottom of their swimming pool. His call to emergency services was made public. “These were the kinds of tapes that we had used as the foundation of Rescue 911 for seven and a half years,” he said. “Except this time it was my voice on that tape.” He later set up Nerine Shatner Friendly House, a 30-bed facility in Los Angeles where women with addictions can find shelter and support.

His alma mater’s student union is named after him

Shatner, who was born and raised in Montreal, Quebec, graduated with a commerce degree from McGill University. In 1992 a majority of students voted in a referendum to change the name of the student union building to the William Shatner Centre. The university rejected the results “because of toponymy regulations”. Everyone calls it the Shatner building anyway.

For two gripping minutes in what is widely considered by those with taste to be the greatest battle ever filmed.

The Storyteller by Dave Grohl – a Foo Fighter pulls his punches

Elizabeth Strout: ‘I’ve thought about death every day since I was 10’

How Leonard Cohen mined sacred texts for lyrics to his songs