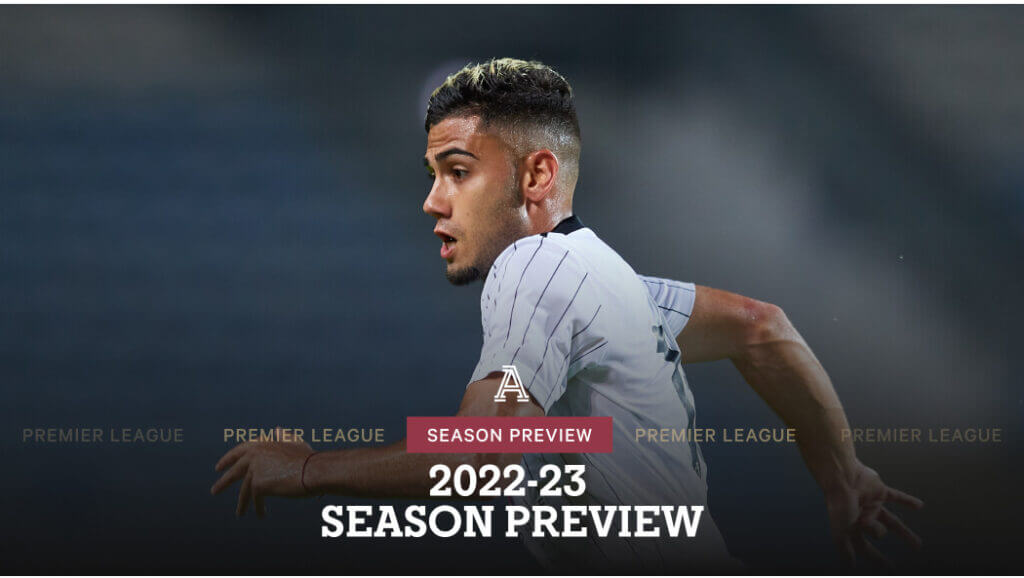 Fulham are back in the Premier League and another season of emotional turmoil awaits.

Will it end in the blissful comfort of top-flight security? Or another soul-searching summer debating yo-yo-inflicted nausea?

The mood music has not been great at Craven Cottage. The pulsating optimism that greeted May’s title triumph — the club’s first in more than 20 years — has begun to ebb away, with head coach Marco Silva declaring he felt Fulham were not ready for the start against Liverpool.

The squad still looks thin. But the players they have signed, such as Bernd Leno, Manor Solomon and Joao Palhinha, are undoubtedly quality acquisitions.

Can Fulham bolster their ranks in time, or will a slow start hold them back once more?

Here’s a preview of how it could all unfold…

Survival. That is the be-all and end-all. They would give anything to land 17th, which has proved elusive during their previous two top-flight stays. Breaking their yo-yo cycle is a key goal, which the club hope will allow them to build on a more sustainable footing.

It is easier said than done, but the hope is that with an experienced head coach, and a team full of internationals, this time, the result will be different. Anything more than 17th would be an extraordinary luxury and the euphoria would necessitate a new souvenir cheeseboard.

Thank you for your support on the road this season, Fulham fam. 🤍#FFC pic.twitter.com/vGlCC3dFAx

Failure to survive equals a bad season. This year is supposed to be the club’s best chance of breaking their cycle of promotions and relegations. After winning the Championship at a canter, they have had longer to prepare than in their previous attempts — and they take with them a stronger squad.

The club’s owner, Shahid Khan, has consistently invested heavily, allowing Fulham to punch above their weight. But to not make that investment count on the field in the top flight — again — would suggest wider failings. Relegation, for a third time in succession, would hurt much more this time.

Two things. Recruitment and whether his style of play will be too open in the top flight. Fulham have made some encouraging additions but Silva has found this summer’s transfer window frustrating.

They have only two senior centre-backs. Weak areas in the squad, a lack of depth and a slow start could hurt Fulham’s hopes, as they have done previously. Silva looks poised to attack the Premier League with the same philosophy that saw Fulham break records in the Championship. That can go one of two ways, and if Fulham find themselves struggling and suffering heavy defeats, that too could prove to be his undoing.

Player who will most impress

Harrison Reed has been reliable for Fulham in the second tier and in the Premier League. Except more of the same regardless of how well Fulham perform overall. This season, he has the bonus of having Palhinha alongside him in midfield, and that should allow his firefighting energy to come to the fore. A fan favourite, it would not be a surprise to see him excel this year.

Solomon. There are strong contenders for this award, as Fulham’s recruitment has seen the arrival of players who could really move the dial for the club’s fortunes (such as Andreas Pereira and Palhinha), but Solomon should bring a spark to the attack.

On paper, he is a perfect fit for Silva’s style and his track record of excelling for Shakhtar Donetsk in the Champions League and for Israel on the international stage bodes well. He will need to adapt to the top flight quickly, but he could be a difference maker in the weeks ahead.

The latest episode of FUL ACCESS has dropped. 🎥#FFC

Player with most to prove

Aleksandar Mitrovic. Serbia’s all-time leading scorer is yet to set the Premier League on fire in the same way that he has scorched the Championship, and this year feels like an important one for the striker.

During Fulham’s previous top-flight stays, he was hindered first by the club’s dysfunction and then by falling out of favour. But this time, he looks set to remain a key player for Silva, who has helped to take his game to new heights. Last season, he hit 43 goals, and he will be hoping to replicate some of that form in the Premier League. If he does so, it will go a long way to securing top-flight status.

Song they should sing that they don’t

Disco Inferno by The Trammps, but for Bernd Leno. Bernd baby Bernd, You won’t beat Leno…

Palhinha will be targeting a place in the Portugal squad, Mitrovic will have a key role for Serbia and Harry Wilson will be central to Wales’ ambitions. Full-backs Kevin Mbabu and Antonee Robinson should be involved for Switzerland and the United States, while Kenny Tete will be eyeing an international spot for the Netherlands. Leno will want to return to the Germany fold too.

Should be in the England squad but isn’t

Fulham don’t possess anyone who should be in the squad just yet but their best hope for the near future would be central defender Tosin Adarabioyo. He will need to start the season strongly and build on the form he showed during Fulham’s last Premier League season, but he has all the attributes to become a complete central defender.

He is outstanding in possession, effective in the air and strong in one-on-one situations. Fulham will be relying on his quality to keep them up. He is undoubtedly an outside bet for an England call but he will want to become a part of the international conversation before too long. At 24, his best years are ahead of him.

There is little doubt that this line-up may change in the coming days and weeks. Centre-half, in particular, should see additions. But for now, this is their best XI, in Silva’s preferred 4-3-3 formation.

Gary Numan: ‘I thought my comeback would take four years – not 41!’