Fulham striker Aleksandar Mitrovic has said he is “probably” Ivan Toney’s “idol” after the Brentford striker replicated the Serbia international’s celebration on Saturday.

Toney scored Brentford’s second goal in their 3-2 loss at Craven Cottage and celebrated by mimicking Mitrovic’s distinctive celebration, which sees the 27-year-old rotate his fingers around his ear.

But, far from being offended, Mitrovic commented after the match that Toney likely copied his celebration because the striker considered him to be his “idol”.

“Everybody has idols. He used to play with me in Newcastle and he was my boy,” said Mitrovic, who spent time with Toney on Tyneside earlier in his career. “My idol was (Alan) Shearer and I am probably his idol.”

Mitrovic also asserted that he belongs in the Premier League after his strong start to the new season.

Mitrovic, who has three goals from three games, scored a record 43 Championship goals last season — breaking Toney’s previous record of 31 goals — but found opportunities limited during his last spell in the Premier League with Fulham.

He registered three goals in 27 matches during the 2020-21 campaign, having falled out of favour under Scott Parker.

“I don’t care about the critics,” Mitrovic said after Fulham’s win. “I always know I belong here.

“I feel good. I am enjoying the Premier League and I am happy. Helping the teams and working hard is all I am looking for.

“The critics are always going to have different opinions. I don’t really care about it.”

Fulham continue their season on Saturday when they travel to Arsenal. Brentford, meanwhile, host Everton. 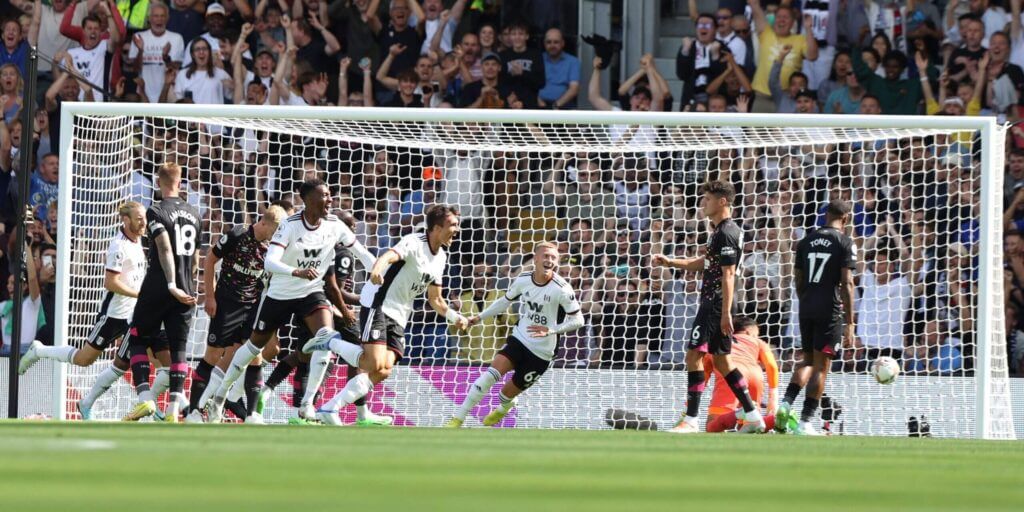 West London is ours (too): How Fulham and Brentford thrive in Chelsea’s shadow