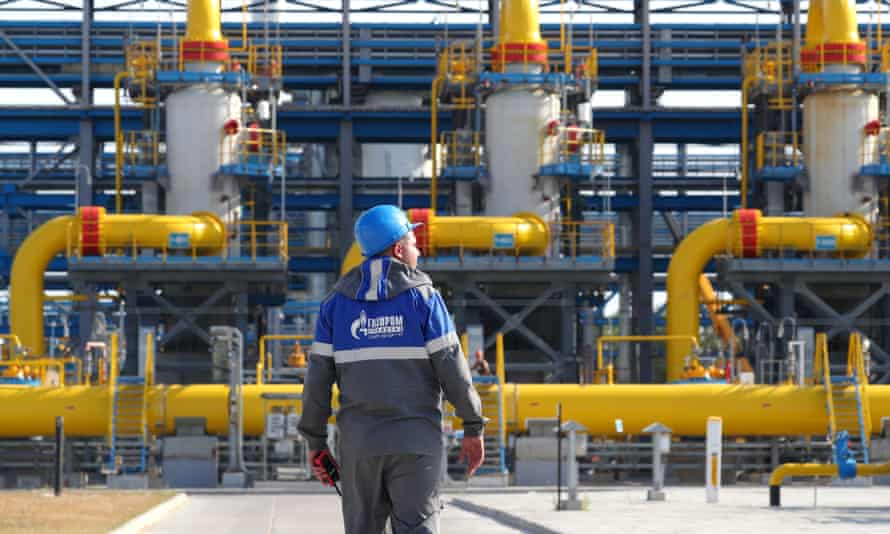 As demand increases amid the pandemic, there is a shortage of supply – and prices are rising rapidly

Global energy markets are facing the perfect storm. Demand for energy shot up after China and other major economies began to recover from the pandemic. In Europe, a cold winter depleted gas reserves, while a long spell of still days reduced wind power supply to the grid. Meanwhile, CO2 prices have hit record levels. Russia, one of Europe’s biggest suppliers, had declined to increase supplies on the short-term spot market, although the Kremlin recently said it was starting to help out.

In Asia and Europe, energy prices are going in one direction: up. And the US is watching anxiously.

On Tuesday, China, which is experiencing extensive power cuts, said it would allow coal-fired power plants to pass on the high costs of generation to some end-users via market-driven electricity prices. Allowing prices to be set by the market is expected to encourage loss-making generators to increase output. Local governments have been encouraged to help small and medium-sized firms and individual business users to cover the increased cost of electricity.

Companies in the industrial heartlands have been told to limit consumption, residents have been subjected to rolling blackouts, and annual light shows have been cancelled. In Guangdong authorities even banned the use of lifts in office buildings for the third floor or below.

Officials ordered more than 70 mines in Inner Mongolia to increase coal production by almost 100m tonnes this month. And on 29 September, Shanxi, China’s biggest coal-producing region, promised to supply coal to 14 other regions across the country to ensure sufficient energy this winter.

As the shortage persists, Chinese leaders signalled they are rethinking the pace of its energy transition. On Saturday, Premier Li Keqiang said that China should set a phased timetable and a roadmap for its carbon emission peak target, according to the official Xinhua news agency. Li was speaking at a meeting of the national energy committee, in which several senior officials were at present. He also said China should build a modern energy system and improve its “self reliance” in energy supply.

In a move that could push up already high global prices, India, where stocks of coal in power plants have fallen to unprecedentedly low levels, has asked power producers to import up to 10% of their coal needs and has warned states that their power supplies will be curbed if they are found selling electricity on power exchanges to cash in on surging prices.

The Indian power ministry said it had directed power companies to boost supply to the capital, Delhi, whose chief minister has warned of a potential power crisis.

At the state level governments are urging people to use electricity sparingly and deploying scheduled power cuts to reduce consumption. Scheduled outages introduced in Punjab, lasting up to six hours, have prompted protests.

European gas prices are at record levels, pushing wholesale electricity prices up 200% in the first nine months of this year. The UK, one of the hardest hit countries because of dwindling North Sea supplies and limited gas storage, is considering lending money to energy-intensive industries to help them pay their power bills.

In Spain, where electricity prices have tripled since December, the government has announced emergency measures to cap energy prices and company profits. France and Italy have pledged payments to help the poorest households.

The EU executive is exploring whether EU member states should jointly purchase emergency gas supplies. But countries are divided on whether joint procurement is necessary, and any scheme – to be discussed by EU leaders next week – is likely to be voluntary.

France and Spain are leading calls to reform the bloc’s liberalised energy market, although EU officials have signalled a mixed response to any sweeping changes. The EU energy commissioner Kadri Simson expects gas prices to “gradually decrease” from spring. Officials will also be hoping Russia follows through on its promise to increase gas supplies on the short-term market, further easing the pressure.

The US is warily eyeing the unfolding energy problems in Europe, amid growing concern the crisis may spill over to America this winter.

Gas prices have risen by 47% in the US since the start of August, while oil prices are also being pushed up. Bank of America has predicted a surge in demand because cold weather could push the price of Brent crude past $100 a barrel, which would be a seven-year high.

The rising price of gasoline – a political headache for Joe Biden in the run-up to next year’s midterm elections – has prompted Jennifer Granholm, the energy secretary, to say the US may tap its emergency oil stash to dampen oil and motor fuel prices.

The rising cost at the pump, which has reached $3.20 a gallon, recently led the White House to demand that oil-producing countries increase their output, a move that has angered climate campaigners.

The US is experiencing an unusually mild start to autumn, with relatively low gas demand, leading to concerns over how the country will cope should a sudden cold snap hit this winter. Experts largely have confidence in the gas storage capacity, however.