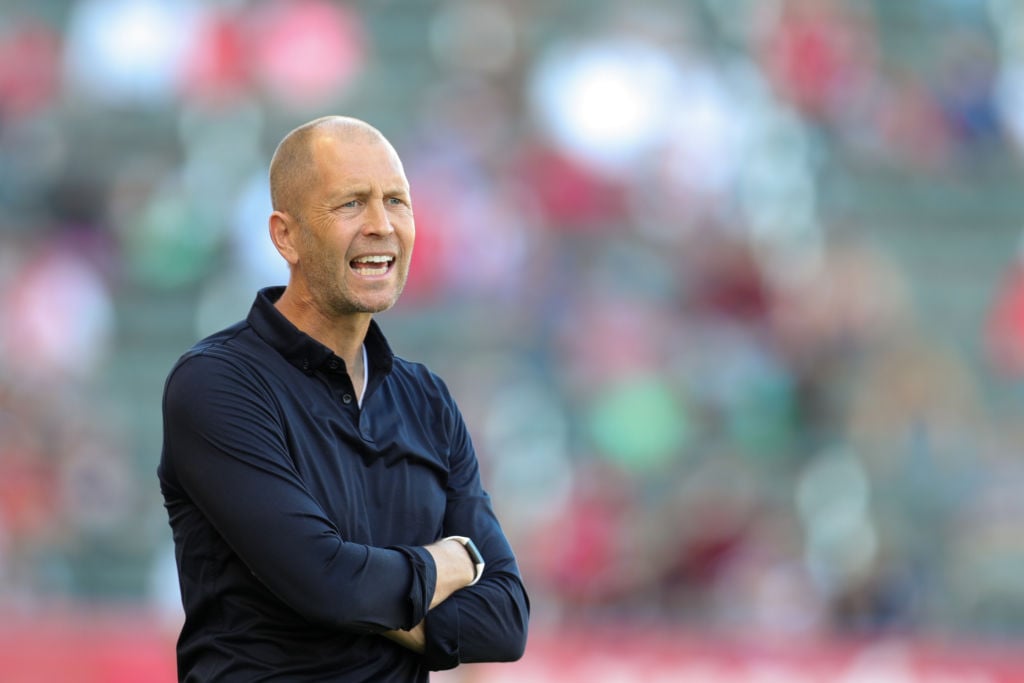 On the first episode of Allocation Disorder: 1v1, Paul Tenorio sits down with the U.S. men’s national team manager, Gregg Berhalter. They discuss Christian Pulisic’s consistency at Chelsea, Gio Reyna’s return to the field at Dortmund and Berhalter’s future after the 2022 World Cup in Qatar.

Berhalter on expectations for midfielder Christian Pulisic this season with Chelsea:

Berhalter on what he wants to see from Brenden Aaronson and Tyler Adams at Leeds:

With Tyler, for us, it’s a combination of things. I think defensively, for him to continue to work on his ball-winning, which he’s bordering on elite at. He’s a very high-level ball-winner. Press after losses is huge for him, as well. He really helps the group maintain possession when he’s able to press the ball immediately after losing the ball. And then it’s in build-up. Can he get on the ball? Can he be breaking lines, finding attacking players in between the lines or behind the line? One thing that we’ve been on him about is turning to face forward, passing forward, and taking more risks with the ball with his passing.”

Berhalter on Gio Reyna’s play, best position with the USMNT:

“Well, Gio’s a difference maker, we know that. We know that he can make a difference when he’s on the ball with his final pass, with his finishing actions. He’s really good at that, so that’s one thing that we’re excited to see, how he gets back to form, back to fitness, and then applies his game to what Dortmund’s doing this year with their new-ish coach, right? Not completely new. And then in terms of where we play him, that variation, the flexibility that guys like him – Gio gives us, Brenden gives us, Malik Tillman gives you – you can put them in a number of different positions and they can perform at a high level. For that, it gives us variation in both offense and defense, because if we want a more defensive formation, we can choose other players. If we want to go more offensive, we can choose the guys that I mentioned. So it’s a problem, but it’s a good problem to have when you’re faced with those difficult decisions and you want to tilt the team in a more offensive or defensive look.”

Be sure to subscribe to The Athletic Soccer Show on The Athletic app, Apple Podcasts, Amazon Music, Spotify or wherever you listen to podcasts.