Hey, have you heard about how 14 rookies have made their major-league debuts for the Guardians this season? Or that the team has a crowded 40-man roster, with even more participants scheduled to join the game of musical chairs in a few months? Or that Cleveland fields the youngest roster in the majors?

Those are three of the primary talking points. But how did the Guardians front office construct this team? How did it piece together a group of young players attempting to fend off the Twins and White Sox and capture a surprising AL Central title?

The process has required apt scouting in three arenas: the amateur and international ranks, as well as other teams’ farm systems and big-league rosters. Development is a critical component, too. The Guardians’ roster is largely a blend of draft picks, international signings and trades.

Austin Hedges: Acquired from the Padres in the Mike Clevinger trade in August 2020. 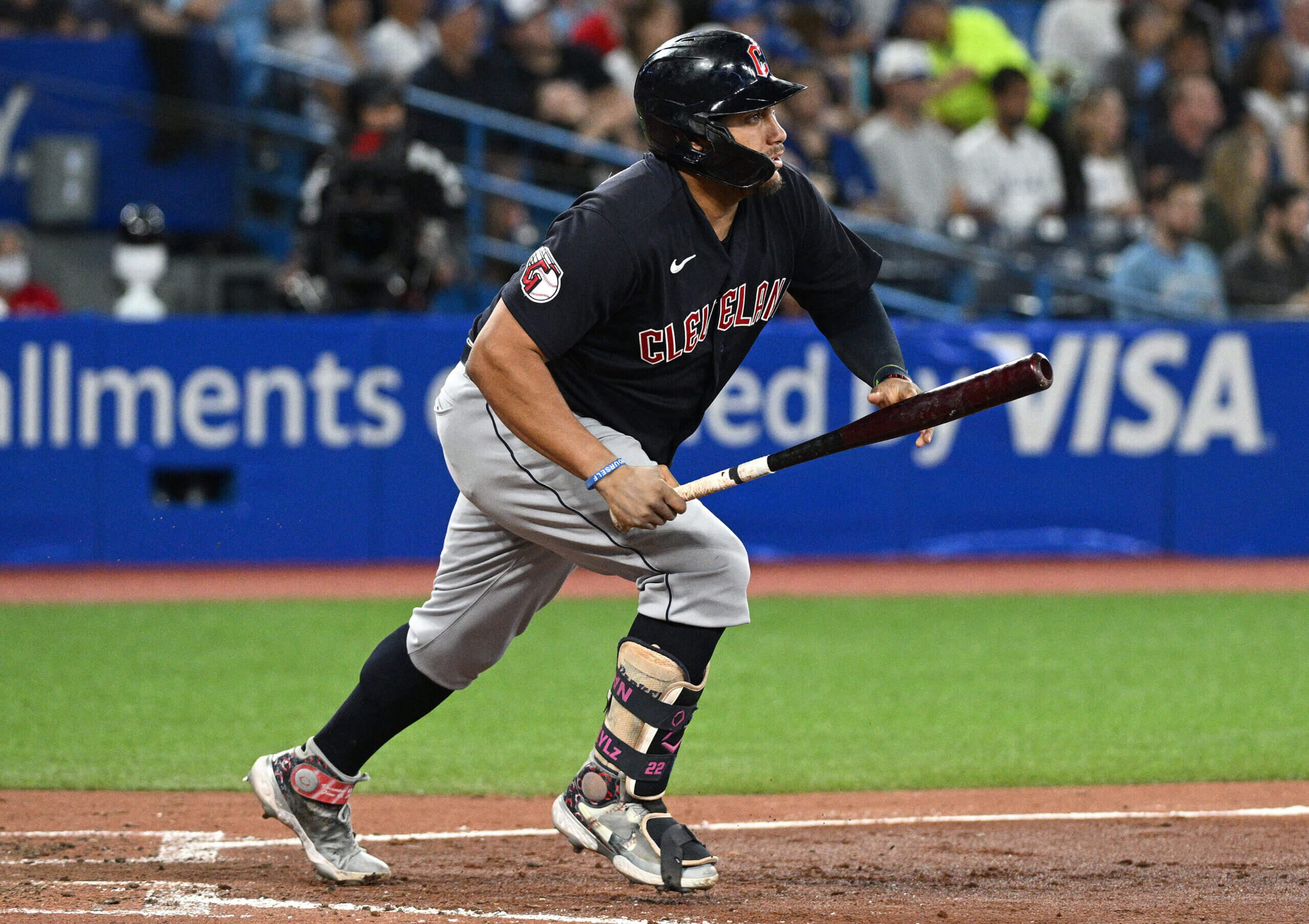 Josh Naylor: Acquired from the Padres in the Clevinger trade in August 2020.

Owen Miller: Acquired from the Padres in the Clevinger trade in August 2020.

Amed Rosario: Acquired from the Mets in the Francisco Lindor/Carlos Carrasco trade in January 2021.

Andrés Giménez: Acquired from the Mets in the Lindor/Carrasco trade in January 2021.

José Ramírez: Signed as an international free agent in 2009.

Tyler Freeman: Selected in the second round of the 2017 amateur draft.

Steven Kwan: Selected in the fifth round of the 2018 amateur draft.

Myles Straw: Acquired from the Astros in a trade for Phil Maton in July 2021.

Oscar Gonzalez: Signed as an international free agent in 2014.

Will Benson: Selected in the first round of the 2016 amateur draft.

Richie Palacios: Selected in the third round of the 2018 amateur draft. 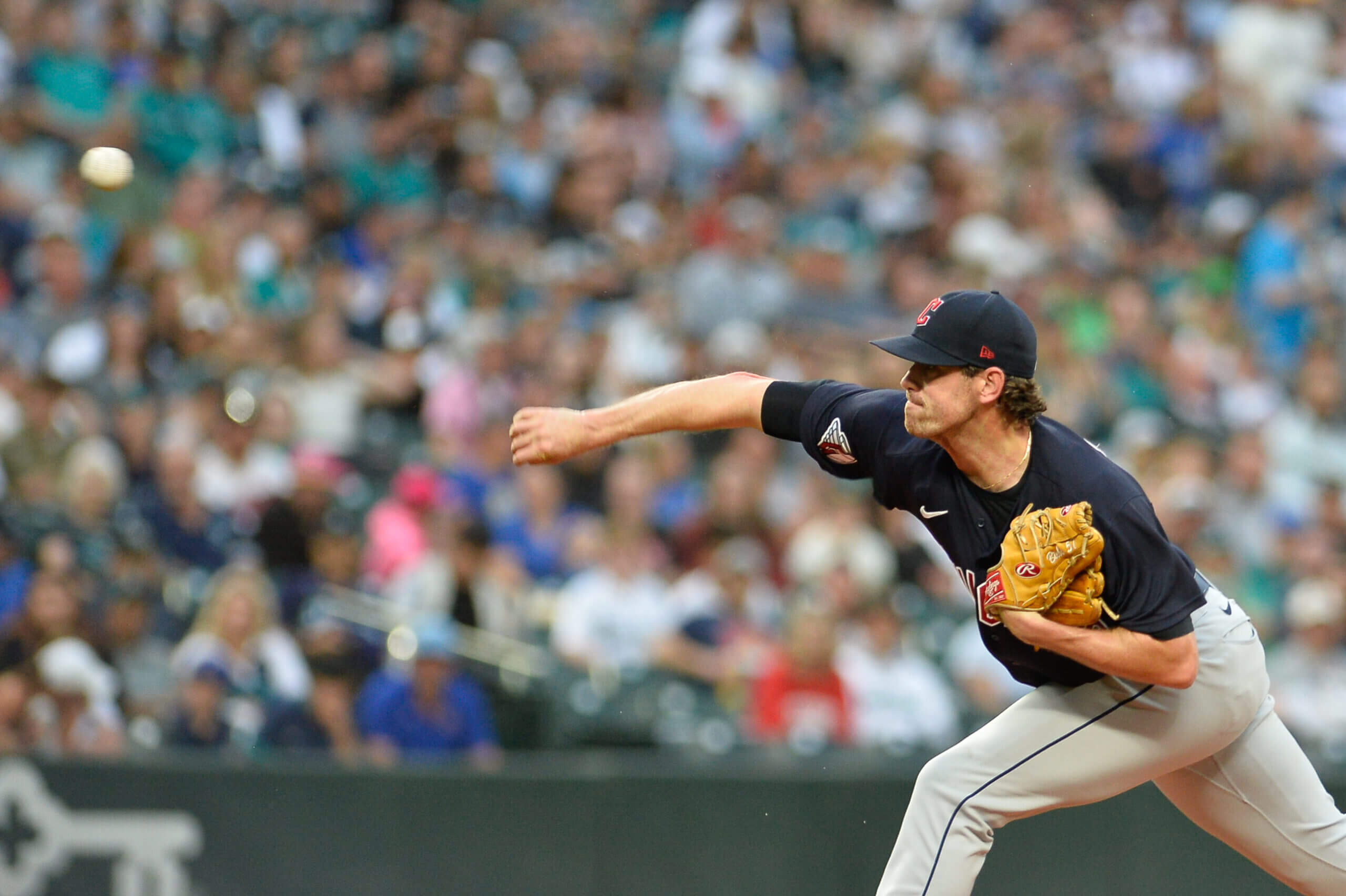 Shane Bieber: Selected in the fourth round of the 2016 amateur draft.

Triston McKenzie: Selected in the first round of the 2015 amateur draft.

Cal Quantrill: Acquired from the Padres in the Clevinger trade in August 2020.

Aaron Civale: Selected in the third round of the 2016 amateur draft.

Zach Plesac: Selected in the 12th round of the 2016 amateur draft.

Emmanuel Clase: Acquired from the Rangers in the Corey Kluber trade in December 2019.

James Karinchak: Selected in the ninth round of the 2017 amateur draft.

Trevor Stephan: Selected in the 2020 Rule 5 draft from the Yankees.

Nick Sandlin: Selected in the second round of the 2018 amateur draft.

Sam Hentges: Selected in the fourth round of the 2014 amateur draft.

Eli Morgan: Selected in the eighth round of the 2017 amateur draft.

Others on the 40-man roster 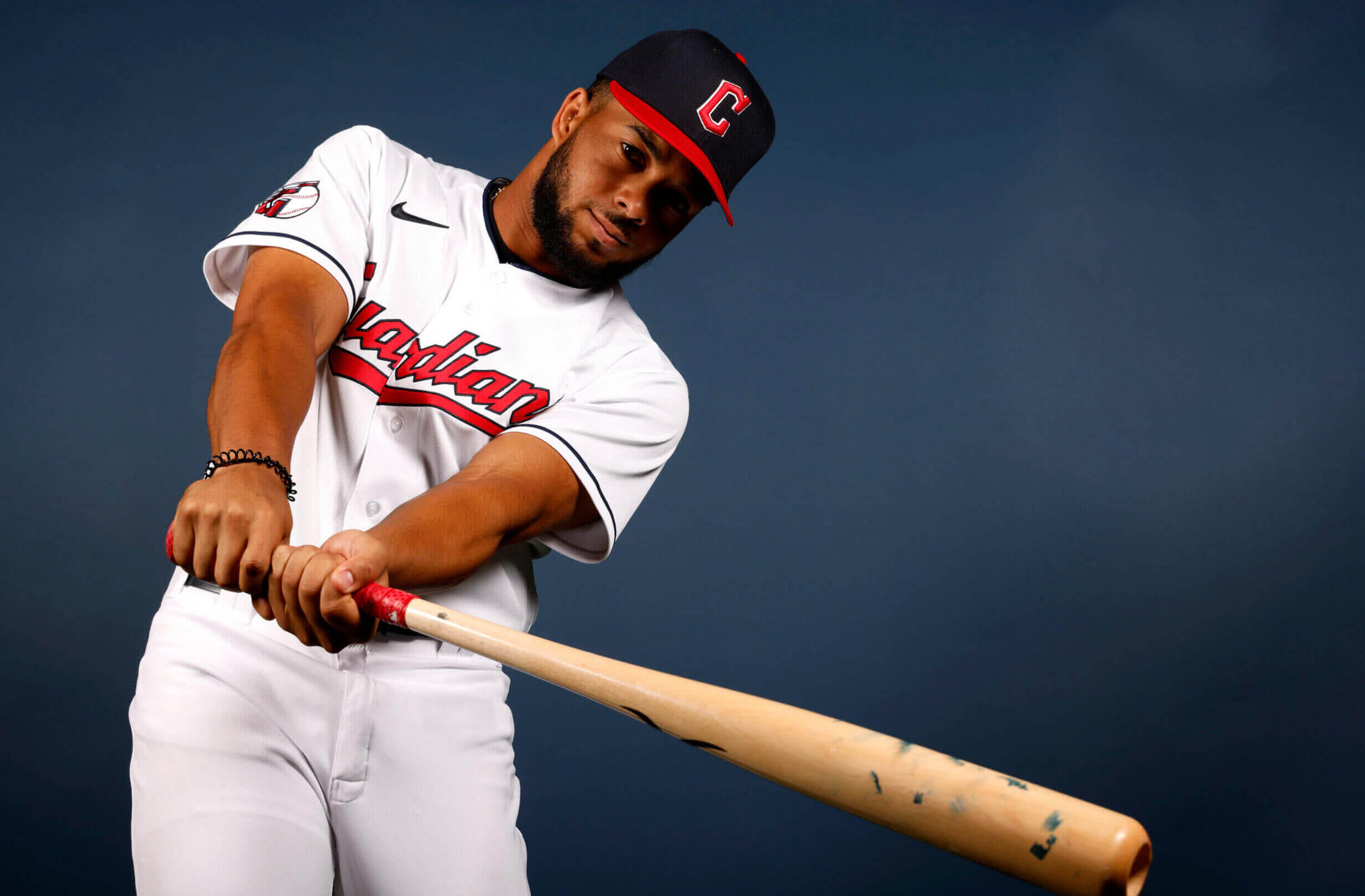 Nolan Jones: Selected in the second round of the 2016 amateur draft.

George Valera: Signed as an international free agent in 2017.

Brayan Rocchio: Signed as an international free agent in 2017.

Gabriel Arias: Acquired from the Padres in the Clevinger trade in August 2020.

Ernie Clement: Selected in the fourth round of the 2017 amateur draft.

Bryan Lavastida: Selected in the 15th round of the 2018 amateur draft.

Jhonkensy Noel: Signed as an international free agent in 2017.

Jose Tena: Signed as an international free agent in 2017.

Konnor Pilkington: Acquired from the White Sox for César Hernández in July 2021.

Anthony Castro: Acquired from the Blue Jays for Bradley Zimmer in April 2022.

Xzavion Curry: Selected in the seventh round of the 2019 amateur draft.

Hunter Gaddis: Selected in the fifth round of the 2019 amateur draft.

Carlos Vargas: Signed as an international free agent in 2016.

Kirk McCarty: Selected in the seventh round of the 2017 amateur draft (though, technically, claimed off waivers from the Orioles in July).

There are also two pitchers on the 60-day injured list who don’t count against the 40-man roster.

Cody Morris: selected in the seventh round of the 2018 amateur draft

Anthony Gose: signed as a minor-league free agent in March 2019

For a couple of comparisons, here are corresponding breakdowns for the Twins and White Sox.

1. The Clevinger trade is responsible for four players on the 26-man roster (and five on the 40-man). The Guardians’ games at Petco Park last week essentially served as a family reunion. The Guardians and Padres completed four trades from 2018-20, and have discussed other deals since. There might not be another farm system Cleveland’s front office knows better.

The sixth player the Padres sent east in that trade, left-handed pitcher Joey Cantillo, must be added to the 40-man roster this winter or he’ll be eligible to be selected in the Rule 5 draft. That was the case last offseason, too, and he might have been snagged by another team if the league hadn’t canceled that draft after the lockout. Cantillo boasts a 1.93 ERA at Double-A Akron this season with 87 strikeouts and only 38 hits allowed in 60 2/3 innings.

The Padres, by the way, have 39 players on their 40-man roster, and 22 of them were obtained in trades.

2. The Lindor trade gifted Cleveland its starting middle infield, and Giménez has blossomed into an All-Star at the age of 23. Rosario is eligible for free agency after one more year of arbitration. The club acquired two prospects in the deal, too. Outfielder Isaiah Greene has jarring walk and stolen base totals in A-ball this season. His teammate, pitcher Josh Wolf, has logged 21 2/3 innings with 20 walks and 21 strikeouts.

3. The organization acquired 60 percent of its starting rotation in the 2016 draft. And that doesn’t include Quantrill, the eighth overall selection that summer. Cleveland’s 2016 class is one to try to replicate. The organization tabbed Benson in the first round, Jones in the second, Civale in the third and Bieber in the fourth. Catcher Logan Ice, picked between Jones and Civale, topped out at Double A. Plesac, a 12th-round pick, underwent Tommy John surgery about six weeks before the draft.

The fWAR leaderboard for pitchers drafted in 2016:

4. The 2017 international class is Cleveland’s golden standard. It included Valera, Rocchio, Noel and Tena. Aaron Bracho was once well-regarded, too, but he’s endured a couple of rough seasons at the plate for High-A Lake County. Rocchio and Valera recently earned promotions to Triple-A Columbus. Rocchio could factor into Cleveland’s middle-infield equation at some point next season. He has played only shortstop for Columbus, while Arias has bounced around to first base and left field in recent days.

As for that year’s amateur draft, Cleveland forfeited its first-round selection when it signed Edwin Encarnación to a three-year contract. The franchise’s top pick was Quentin Holmes, a speedy outfielder who was selected at No. 64. His slash line in 243 minor-league games: .190/.254/.281. Holmes was released earlier this month.

5. In a couple of years, Ramírez will have spent half his life as a member of Cleveland’s organization. He and Shaw are the only players from the 2016 World Series team who remain on the roster, though Shaw took a three-year sabbatical to get whacked around in Colorado and then straightened out at Seattle’s alternate site.

Even when examining the team’s 2018 ALDS roster against the Astros, it’s evident how much has changed in a short period. Of the 11 pitchers on that roster, only Bieber remains, and he was a rookie who didn’t appear in the series. Ramírez is the only position player still on the roster. In fact, more than one-third of the players on that roster don’t even play anymore: Jason Kipnis, Brandon Guyer, Rajai Davis, Melky Cabrera, Encarnación, Oliver Pérez, Dan Otero, Andrew Miller and Cody Allen.

Reggae pioneer Jimmy Cliff: ‘In England we had to fight to get any kind of recognition’ | Jimmy Cliff