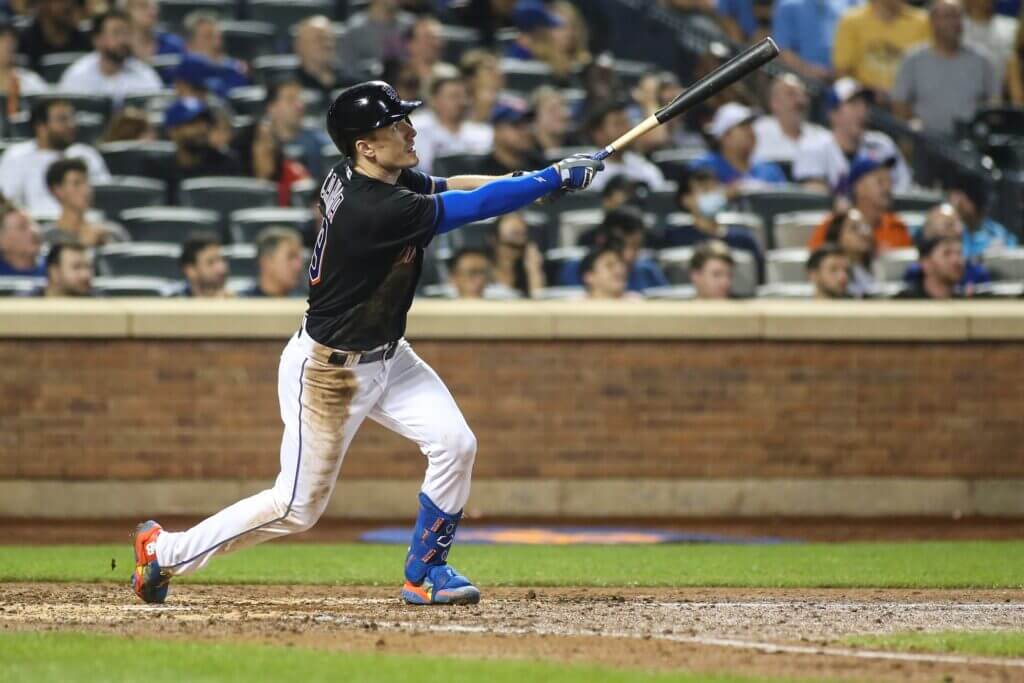 NEW YORK — This version of Mark Canha, the one with the slugging percentage rising faster than the prices of your favorite groceries, can be traced back to a couple of weeks ago and some frustrations against a rival’s reliever.

On Friday, Canha went 2-for-3 with three RBIs, coming through twice for the Mets in big situations in their 7-6 win over the Rockies. First, he hit a double to left-center to give the Mets a 4-3 lead in the sixth inning. It turned out not to be enough, so he did more. Later, Canha bailed out Mychal Givens — who allowed a go-ahead, three-run double in the eighth inning in relief of starter Chris Bassitt — by hitting another double to tie it at 6. The way Canha’s swinging it, he’s good enough on nights like this to make up for a team’s glaring shortcoming, which, in the case of the Mets on Friday, was a bridge to Edwin Diaz. Pete Alonso hit the walk-off single, but the Mets don’t remain two games in front of the Braves in the NL East on Friday night without Canha.

And for that, New York has Phillies lefty Brad Hand to thank.

How else did you expect Canha to quickly start racking up the power numbers?

Mark Canha has been on a tear. This time, he bails out the Mets’ bullpen.

Showalter was right. Canha does have such an explanation. You see, on Aug. 14, Canha was just starting to feel better at the plate. By then, his OPS had dipped to .735 after he had kept it above .750 (it’s now .794) for most of the season, and he was starting to lose playing time to freshly acquired outfielder Tyler Naquin. But in the game against the Phillies that day, Canha had two hits. The way he saw it, he was getting there. That is, until Hand took the mound. Leading up to that day, Canha was hitless in three career at-bats against Hand, with two strikeouts. On Aug. 14, in Canha’s last at-bat of the game, Hand struck him out looking.

At that moment, Canha was frustrated. He said he thought to himself, “How can I be feeling this good swinging the bat, but once Brad Hand comes in, all of a sudden, I can’t pick up the ball?” It didn’t take long, though, for him to make a realization that would later lead to a pivotal adjustment.

“Every time I’ve faced him in the past, it’s been a struggle for me,” Canha said, “and I realized it was because of his motion. He has a strange pause in his delivery and kind of a weird arm angle. I’ve just had trouble picking up his pitches in the past.”

Canha’s mind stirred with ideas on how to fix the problem.

The next day, Canha, a right-handed batter, saw something similar from Braves lefty Danny Young: another odd delay in a delivery from a special arm angle. In Canha’s first at-bat against Young, he hit a weak grounder to third baseman Austin Riley for an easy out. Canha would have one more chance against Young, another opportunity to put to practice an idea he had been pondering because of his struggles against Hand.

“OK,” Canha then said to himself, “this is the time to make an adjustment to test if this is going to work out.”

In the ninth inning against Young, Canha did something different. At the plate, he spread his legs out slightly more than usual with the objective to see the ball better. By doing this, he thought, he had a better chance to keep his head still. He would also cut down on his leg kick. The idea was to get more balanced, his weight more evenly distributed between his feet, his head not moving as much.

Canha saw the second pitch well from Young and hit a double.

Later in the series, Canha hit two doubles off right-hander Jake Odorizzi. Then he hit a home run off talented lefty Max Fried. Using the adjusted setup — his swing has remained the same — Canha hasn’t cooled off since.

“Surprise, surprise, it worked,” Canha said. “It sounds so simple, right? But it’s not always easy for us as players with certain comfort zones and everything.”

For helping to make the adjustment stick, Canha credited the Mets hitting coaches, and he specifically mentioned a drill in which Jeremy Barnes bounces balls in different directions to a swinging Canha, who is forced to maintain balance.

There’s no telling how long this hot streak for Canha will last. He joked that in two weeks he can slump, scrap the idea that’s been working and go with something else. That’s baseball. When Showalter often calls Canha “a professional,” it’s code for saying Canha, 33, is as responsible and studious as it gets. If it’s a way to get better, a way to win, chances are Canha is thinking about it. This recent adjustment is one born from general instinct, he said.

Even when things were going well for him in April and May, he was disappointed in his slugging percentage, thinking there was a way for it to improve. With Oakland, he had shown some power production. It’s now finally showing up with the Mets.

“I’m playing with a lot of confidence,” Canha said.

For New York, that’s important. Because with Canha finding his power stroke and starting to hit better against lefties, he deepens the lineup. A stronger lineup can sometimes make up for other weaknesses. As the Mets head into September with the Braves on their heels, there’s no better time in the season for this version of Canha.

TV tonight: treat yourself to Cynthia Erivo’s incredible voice at the Proms