Even now, 10 months on from the takeover that reverberated across the globe, there remains a disconnect between what many thought this version of Newcastle United would be and what it actually is.

With Saudi Arabia’s Public Investment Fund (PIF) holding a majority stake, Newcastle may, in theory, boast the world’s wealthiest owners, yet that does not make them the world’s wealthiest club. This crucial distinction continues to perplex those outside of the Newcastle bubble — but best explains why, despite the obvious need for attacking reinforcements, none have yet arrived this summer.

There has been no Robinho-esque unveiling. Newcastle have not attempted to bring Neymar or Kylian Mbappe to Tyneside. Rather, with less than a month remaining in their second transfer window, the only attacker signed under PIF’s watch is Chris Wood.

Those at the top of the club insist that their aspiration remains to win the Premier League and Champions League and that they will invest their way towards success, but they will do so in an organic and sustainable manner. 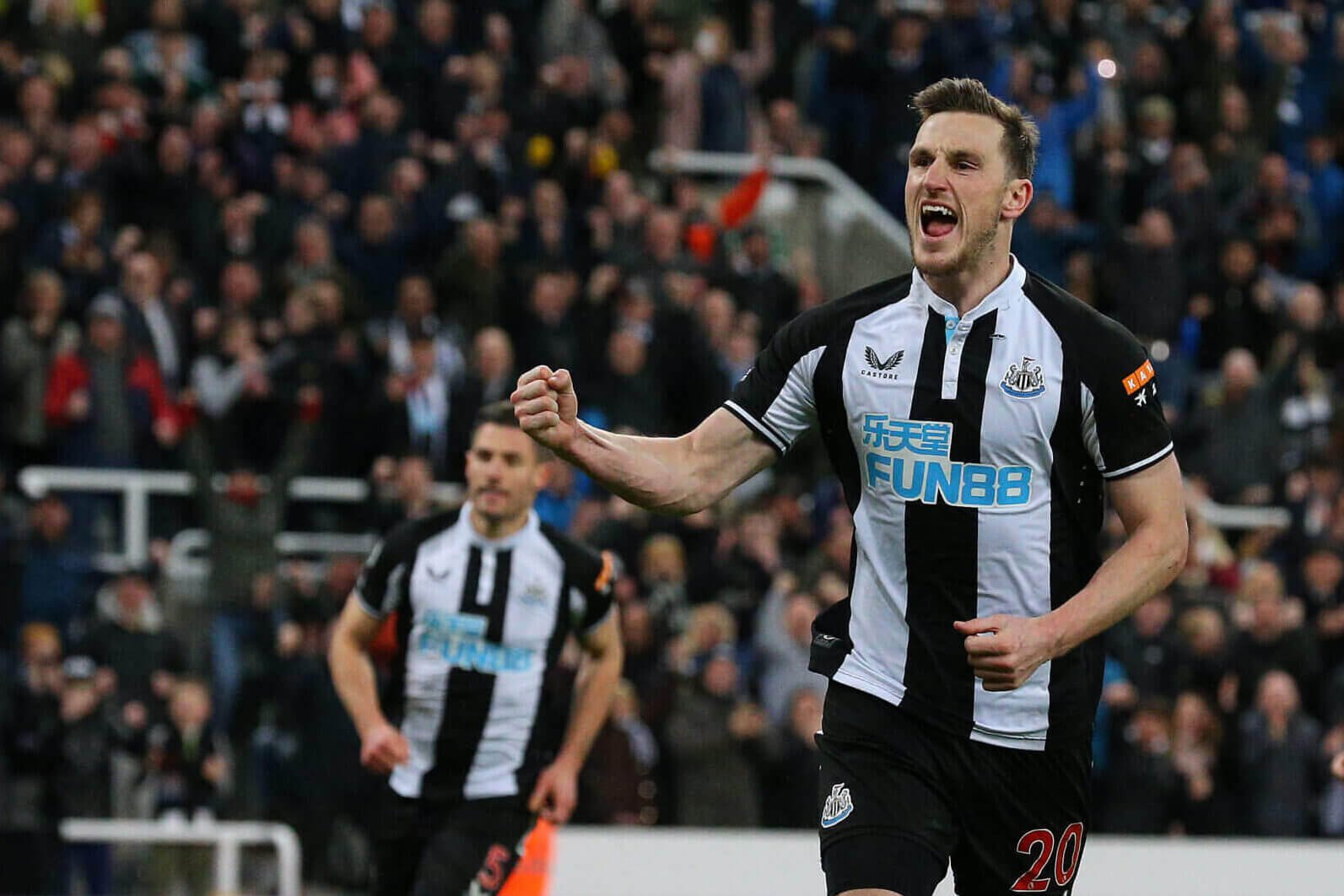 Wood remains the only forward signed since the takeover (Photo: Alex Dodd – CameraSport via Getty Images)

It is about building over time with the right people in the right positions to oversee that evolution. Dan Ashworth, the sporting director, is one; Darren Eales, the incoming CEO, is another; while Eddie Howe, the head coach, who has committed his future after signing a new “long-term contract”, has shown how improvement can be extracted by means beyond purely financial ones.

True, Newcastle did spend £92million ($112million) in January and have committed a further £50million this summer, showing funds are being made available, but they have not merely replicated the lavish model Chelsea and Manchester City adopted.

It is not for the lack of trying that no strikers or wingers have been recruited during this window.

However, Hugo Ekitike, Jack Harrison and Maxwel Cornet are not the stellar names Newcastle were predicted to target. James Maddison would be a statement addition, while Alexander Isak and Moussa Diaby featured on their wanted list, but Newcastle are not seriously attempting to compete for Europe’s very best talent.

The common theme connecting the aforementioned players, Ekitike aside? Newcastle have been unwilling, and sometimes even unable, to pay the fees demanded. As Howe stresses, Newcastle do not have “free rein” to do as they please.

Isak and Diaby were deemed too expensive because Newcastle hold valuations for individuals they will not exceed. With Maddison and Cornet, Newcastle’s preference to pay in instalments rather than the majority up front, even if that means the overall cost ends up being higher, has proven unpalatable for selling clubs.

What has become noticeable this window, however, is how infrequently Newcastle are now being linked with unwanted superstars.

They have made their approach clear, repeatedly passing when offered wantaway players on huge salaries. The club have their targets and valuations of those players, which they will not deviate from.

That is partly because they do not want to set a precedent by paying more than they feel an individual is worth. But it is due to what Howe terms the “financial constraints” Newcastle are operating under.

Their backers may have reported assets in excess of £300billion, but they do not intend to simply pour hundreds of millions into the club, nor are they able to.

The Premier League’s profit and sustainability rules limit what Newcastle can spend, with losses unable to exceed £105million over a rolling three-year period.

“Financial Fair Play impacts us and will continue to impact us for a number of years,” Howe said on Friday. “We haven’t the free hand that has maybe been perceived — that we can go and sign who we want and pay extortionate fees and wages. We’re not in that position and I don’t think we will be for some period of time.”

As of yet, Newcastle’s income has not ballooned. Their only fresh sponsorship agreement is with noon.com, which is worth around £7.5million.

Lucrative commercial agreements will follow — Eales is tasked with growing revenue streams — and will ease FFP concerns. But, in the meantime, Newcastle must be what Howe describes as “creative and smart” in their dealings. 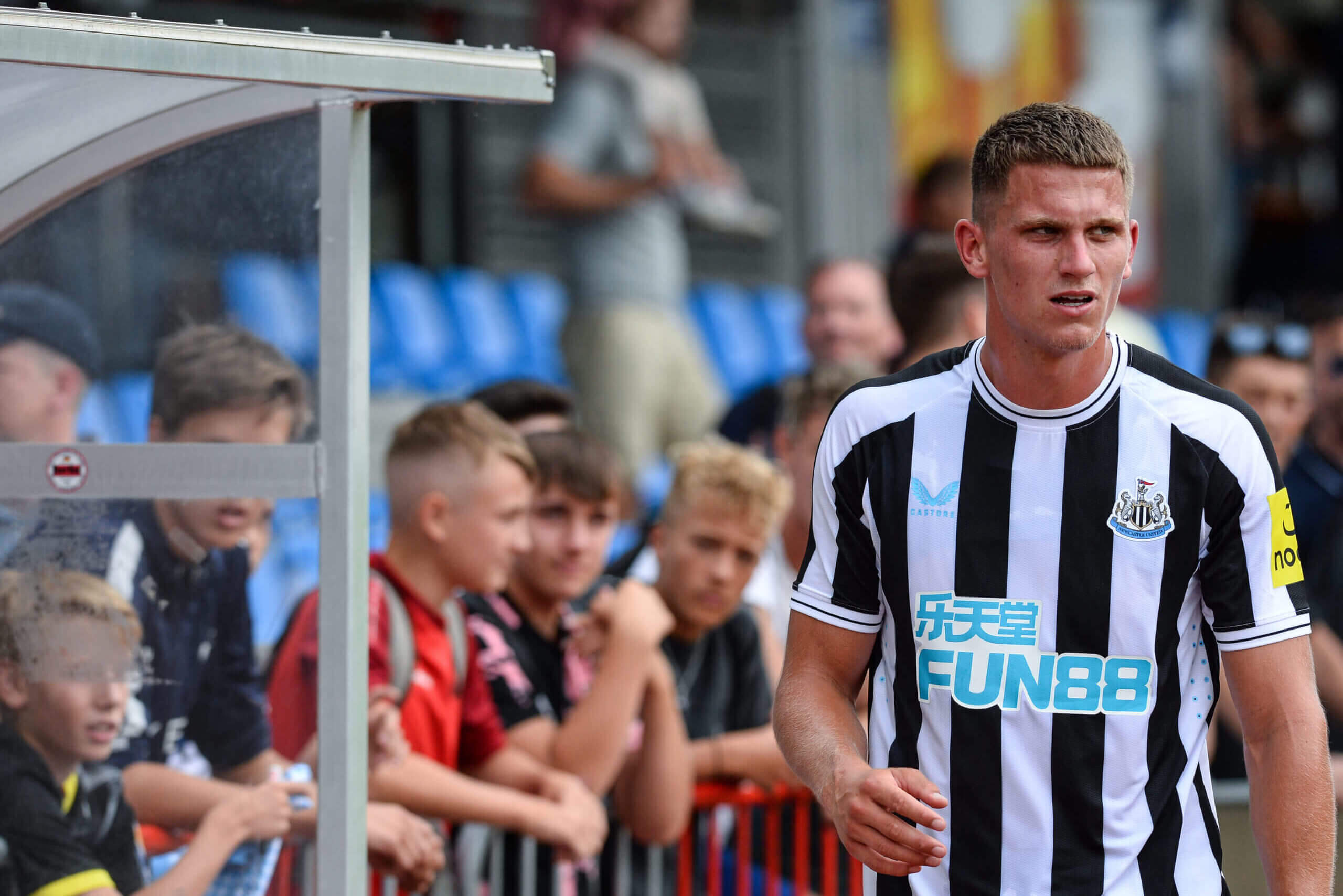 Botman, the centre-back, is the last signing Newcastle made – on July 1 (Photo: Serena Taylor/Newcastle United via Getty Images)

Paying in instalments is one such method by which Newcastle are attempting to maximise their budget, as they had agreed to do for Ekitike, before the Frenchman opted to join Paris Saint-Germain.

Ekitike’s rejection derailed Newcastle and they have yet to recover.

With Maddison appearing beyond them after Leicester rejected two bids and Cornet set to join West Ham United, Newcastle have made no material progress in the market since Sven Botman joined on July 1.

Newcastle are still “very active” and Howe is “hopeful” offensive reinforcements will arrive, with the loan market to be explored later in the window, given Chelsea’s Armando Broja remains of interest.

Yet, while some supporters are worried by the lack of back-up for Callum Wilson, there remains unbounded excitement and optimism among the fanbase heading into the season. That is despite the likely starting XI against Nottingham Forest featuring up to 10 outfield players who were at the club in May should Dan Burn be preferred to Botman at centre-back.

Howe, too, is talking positively about Newcastle’s aims for the campaign. Whereas Steve Bruce admitted that his remit during Mike Ashley’s final season was to keep the club “ticking along”, Howe is publicly declaring his desire to win a trophy during the same press conference in which he is outlining the curbs FFP places on Newcastle’s transfer business.

If he was not convinced by Newcastle’s direction of travel, then Howe would not have extended his deal. He recognises that, in the long run, Newcastle intend to compete, but that it will take time to get there.

The external perception of Newcastle may be different from the reality when it comes to short-term expenditure, but not ultimate ambition. Newcastle are plotting a pathway to the top, just not via the route many expected.

Leicester City – standing still and with an uncertain future