Andrei Svechnikov greeted the media at PNC Arena on Friday with his ever-genuine smile.

Maybe you were expecting a scowl after Thursday’s 5-2 loss in Game 6 in Boston. Coach Rod Brind’Amour wasn’t.

“Everyone’s bitter, mad and frustrated,” he said. “That was not the kind of game we expected to play. But come tomorrow, that’s all old news.”

Old news, and the coach wants the Hurricanes focused instead on what comes next: Game 7 at home on Saturday. So despite the missed opportunities on the road throughout this series, Svechnikov chose to smile.

Don’t get it twisted. He and the rest of the Hurricanes are not taking what happened in their lackluster Game 6 loss lightly. They’re just moving on.

Svechnikov has imposed his size and strength on the Bruins throughout the series, but the Canes needed a bit more from him on the scoring front prior to Game 6. He delivered with two goals at TD Garden, but that was one of only two bright spots in the 5-2 loss.

The other was Antti Raanta, who has been generally solid throughout this series in relief of Freddie Andersen, who is still nowhere to be found. Raanta made 29 saves on 34 shots, but as always in this series, the goals allowed were not reflective of the goaltending performance. Other than the first Bruins goal, which he admitted he would like back, Raanta was solid. He kept the game close through the second period, when they still had an opportunity to win, and he slowed the bleeding in the third.

Raanta is set to make his Game 7 debut along with Svechnikov on Saturday. Any changes to the pregame routine?

“It’s a 4:30 game. I’m going to try to get a good night’s sleep, wake up and start preparing,” Raanta said. “Mostly, for me, nap time is tough when the game has more meaning. I think (the early start) is good. I won’t have time to try to take a nap. When you go to the game, it’s all about (knowing) it’s just a game. Right now, you try to relax a bit. When you wake up tomorrow, it’s a new day.”

“Just going to grab lunch, take a nap and drive to the game,” Svechnikov added.

Come on, there’s gotta be more to it. Any superstitions? 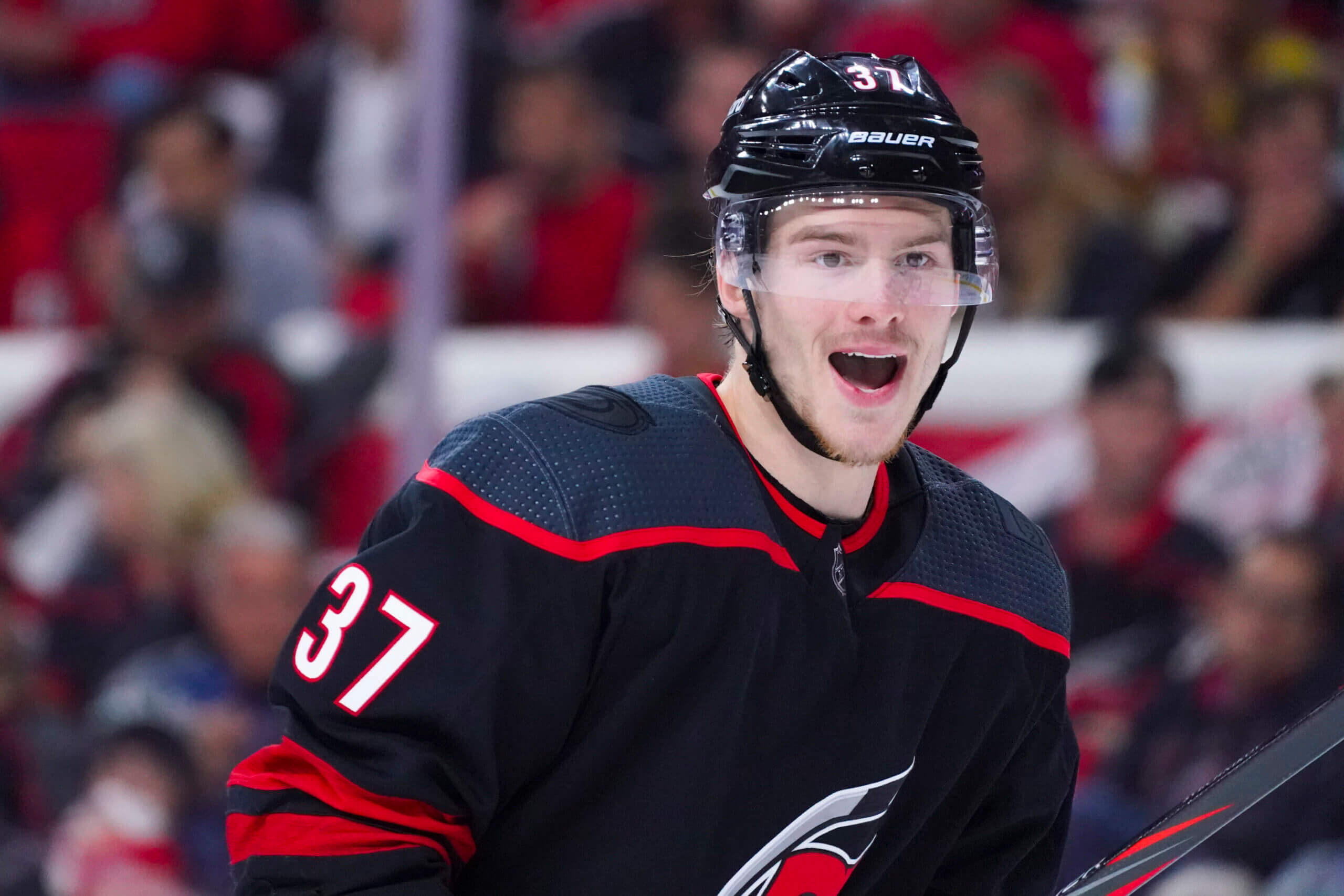 At this point, there’s likely nothing the players can change that will impact the team in a positive way.

We’ve seen the potential this team has in regular-season games against top opponents such as Colorado, Tampa Bay and Boston. We’ve also seen it play down to Detroit, Columbus and New Jersey. On an individual basis, the Canes have had plenty of opportunities to make minor tweaks after those gut-check losses.

Saturday will likely look more like a showcase of the small changes made over the course of a season than one magical line change that shocks the world. Deep down, we all know that one change won’t answer the existential question: Is this team really what we think it is?

Svechnikov can’t remember if he’d ever played in a Game 7 before his professional career, and maybe that’s for the best. The young star will need to step up, as he did in Game 6, so he doesn’t need ghosts of Game 7s past haunting him.

A few other notes as we close in on the do-or-die game:

• Brind’Amour said Friday that Sebastian Aho is fine and hasn’t needed any checkups after the hit from Charlie McAvoy. If he really isn’t banged up, the Hurricanes are going to need much more out of him. No pressure, but this Game 7 could become a defining moment in his career. He usually seems to thrive in pressure, though, which is why a Game 6 featuring zero goals, zero assists, zero shots on goal, a minus-2 rating, a penalty and a few notable giveaways was so confusing. In terms of his Game 7 history, Aho had a huge goal, a team-leading five shots and led all Hurricanes forwards with 32:40 of ice time against the Capitals in 2019 in two overtimes.

• Brind’Amour also said he doesn’t see “any changes” with the lineup. As much as we hand-wring about this, I think the current combinations are the best iteration of the team. I say go for it, and if you need to make in-game changes, act accordingly. The ball is in the Hurricanes’ court again with last change when it matters most. At the same time, the Bruins have had success with their lineup changes. The line of Taylor Hall, Erik Haula and David Pastrnak was the difference-maker in Game 6, and now the Canes have two lines they need to monitor extra hard.

• We haven’t thought much about Andersen throughout the series because goaltending somehow hasn’t been a huge deal and Raanta has done well. But ahead of Game 7, you have to wonder where his head’s at. And could goaltending have been a big deal in a positive way had he been healthy? Would this have been the year he shook the Round 1 and/or Game 7 reputation? I guess it’s pointless to wonder.

• Patrice Bergeron will play his 13th Game 7, the most of any forward in NHL history. Brind’Amour has been saying the entire series that while veteran presence obviously matters, sometimes bright eyes and bushy tails such as Seth Jarvis, Raanta and Svechnikov have an advantage because they can’t conceptualize how big the moment truly is. On Saturday, we’ll see which mentality prevails.

‘Schalke is my life! It’s my life!’ Fallen giant back in the Bundesliga in typically dramatic fashion