‘If I’m funny, no one cares who I sleep with’: queer comedians on finding a stage 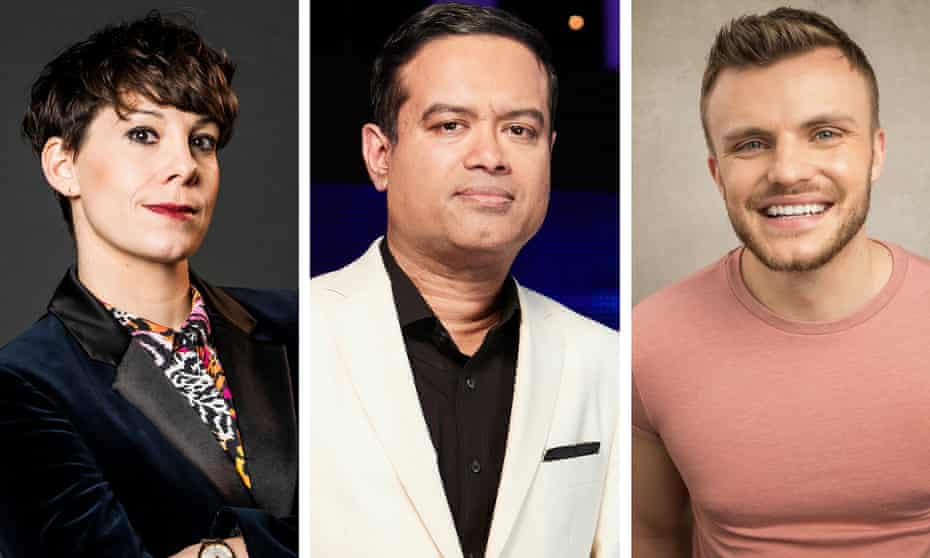 Standups including Suzi Ruffell, Paul Sinha and Lee Peart reveal how hecklers, bookers and ‘the gay slot’ have affected their appearances in the spotlight

The comedian Stephen Bailey was hosting an Instagram Live earlier this year when he got a message that shocked him. One of his followers, an open-mic standup, described “experiences of blatant homophobia when it comes to booking,” Bailey says. “One venue wouldn’t book him because, according to them, their audience ‘wouldn’t like the gay stuff’.”

In the past, Bailey has had homophobic heckles shrugged off by venues and been turned down for jobs because there was already one “camp comedian” booked. “Imagine all the people we’ve lost over the years, these beautiful queer artists and performers, because of attitudes like that. They’re saying: we don’t think our audience will like you – not because of your talent, because of who you are.”

While the industry has undoubtedly taken steps towards diversity, there is a persistent assumption that the default comedy performer and audience member is straight, white, cis and male. The Lol Word – a collective of queer women and non-binary comedians – set out to create a night especially for people excluded by that default because “at a lot of gigs, as an audience member, you never know whether you’re going to make it through the night without hearing something really awful,” says co-founder Jodie Mitchell. “The other part was just queer joy, being able to take up space.”

Fellow co-founder Chloe Petts says: “I think ‘white man’ is allowed not to be a genre, but ‘gay’ is a genre. No, gay is just a thing that we are. We’re all doing very different comedy.” Comic Lee Peart agrees: “No one bats an eyelid when it’s four straight, white comedians, but if you have four gay acts, people are like: is this a special night?” Peart has found people expect a certain style of explicit comedy based purely on his sexuality: “The assumption is: being gay is having sex with men.” Bailey describes the same thing. Despite having worked on daytime TV, he’s been told he’s “too rude” for certain jobs.

Ruby Clyde, one half of sketch double-act Shelf, says: “It’s weird that people consider gay people talking about their lives to be people talking about ‘gay stuff’. But a [straight] guy can get up and do a full hour about Tinder and no one thinks of that as the straight agenda.”

Queer comedians can find themselves in a catch-22. You’re expected to explain your identity as soon as you get on stage (Peart says: “If we don’t, we’ll never have the audience on our side, they’ll always be on edge”) but that’s often accompanied by accusations that they’re incapable of talking about anything else.

Paul Sinha describes a “cognitive dissonance” among audiences: “People like your comedy or they don’t. Based on that, you’re either being ‘brave and inspiring’ or ‘tediously banging on’ about your sexuality.” There’s a balance to be struck: “Have self-belief in what you want to talk about, and make sure you talk to the audience about what you and they have in common as well. But, most importantly of all, don’t let others impose their agenda on you.”

Suzi Ruffell says that, at some clubs: “I would be heckled before I even got to the mic about how I look, my sexuality, or just someone shouting ‘dyke’, so I had to make a joke about myself before someone else could.”

It’s still rare to have more than one queer performer on a bill. “It’s very rare that I’ll be on with another trans person, or even another LGBT person,” says Jen Ives. When Ruffell started out, she was told she couldn’t gig with Zoe Lyons or Jen Brister as “you might talk about the same thing”. Even now, she says, “I never gig with gay girls”. Peart says this can mean missing out on community: “That affects relationships, friendships, and it means we’re always seen as the outsider.”

This booking practice can make comedians feel they’re being viewed as a “representative” of their sexuality or gender. Ives says: “I’ve always felt people underestimate me. Promoters will say: ‘We booked a trans act before and we didn’t really like it.’”

While more LGBTQ+ comedians are appearing on live lineups and TV shows, it can often feel tokenistic – anyone will do, because they’ll be telling the same jokes. In TV there’s often a reluctance to book two gay acts on the same series, never mind the same episode. “But they’ll do that for two straight white men – many even host shows together,” Bailey adds.

Clyde says she and Shelf’s other half, Rachel Watkeys Dowie, have experienced this conundrum with TV commissioning. “You get it all the time where you’re pitching a script: ‘There’s actually already a gay show out at the moment.’ Or all queer ideas are up for one slot, despite being wildly different from each other.”

Sinha says it works both ways. While “it would be ludicrous to think that I haven’t been treated differently because of my sexuality”, that’s only one facet of his identity and there are other factors affecting the decisions of bookers and commissioners. “However you try to label yourself, doors will both open and shut,” he says.

In TV, you’re more likely to be restricted to making work about sexuality, says Watkeys Dowie: “We’ll present a load of ideas, and they only want gay stuff. It’s like: ‘If you’re going to tick our gay box, we need you to fully tick that gay box.’”

Mitchell says that while many queer comedians do want to make work about their sexuality, pressure to explore traumatic experiences can feel uncomfortable: “Do this sketch specifically about your trauma or the platform’s not there.”

The success of shows such as Mae Martin’s Feel Good proves there is demand for queer stories. Yet when the TV show isn’t about sexuality, it’s rarer to see a queer comedian at the helm. Ruffell says: “When I was growing up there were three lesbians on television: Sandi Toksvig, Sue Perkins and Clare Balding. Now I’m 35, it’s still those three women. There’s not even one out lesbian that’s come through in the last 10 years.”

Despite a track record of sellout tours, viral standup clips and a popular podcast, could it be that hiring a queer woman like Ruffell to host a mainstream show is still viewed as risky? Experiences such as a TV producer asking: ‘Do you always have to wear a suit?’ make her feel like “they don’t know what to do with me”.

I think ‘white man’ is allowed not to be a genre, but ‘gay’ is a genre. No, gay is just a thing that we are

Peart and Bailey are constantly compared to Alan Carr and Tom Allen, despite their material being very different. It can feel like there’s a ladder where only one person is allowed to occupy each rung.

Some promoters and commissioners may be wrongly pre-judging their audiences. Peart, Bailey and Ruffell all say they have majority straight audiences. “If I’m funny, no one gives a shit who I sleep with,” says Ruffell. “I think people are second-guessing the audience.” Many comedians have heard their material is “not relatable” – but does that affect what’s funny? “I’ve never understood that criticism,” Ives says. “Even when I see a straight white male comic – even then! – I still am interested in their life.”

During Sinha’s 20 years in comedy, he’s seen “vast improvements” and says LGBTQ+ representation is important “within a framework of broadening people’s horizons, so that all manner of under-represented voices are heard, in a manner that offers opportunity to the talented and funny, and doesn’t feel tokenistic. I’m at the point where I can’t honestly believe that LGB representation is the issue. T, however, is the issue that needs most urgent attention – because we haven’t really started yet.”

Ives agrees that “trans representation is in the toilet” and adds: “I don’t feel like trans people feel confident about going into [comedy].” This is understandable she says, when clubs book comedians who use trans people as a punchline. “Another act will say something that’s incredibly transphobic and the audience will react in a positive way,” she says. “Then you have to go up and remind them that there is a trans person in the room.” On TV, you’re more likely to find a cis comedian talking about trans people than a trans comedian talking about anything. (Since we spoke, Dave Chappelle’s latest Netflix special, in which he makes jokes directed toward the LGBTQ+ community and declares “I’m team Terf”, has been released.) Yet Ives encourages other trans people to try comedy. “It’s a forum for you to speak for yourself; there aren’t many of those,” she says. “People don’t understand what our lives are like. They think they know, but they don’t. The truth is our lives are quite normal really, and we need more people to tell people that.”

More trans comedians could also encourage trans people to attend comedy shows, which Ives says is rare, even at LGBTQ+ comedy nights. The Lol Word has grown from a tiny room at the Edinburgh fringe to Soho theatre sellouts in London. Ives also praises smaller nights such as London-based Clandestina for their inclusivity. Their success shows it’s possible to build an alternative vision of live comedy but wider change will be driven by the mainstream – larger clubs and TV, especially. “The media generally has a real responsibility for how it affects the world,” Ives says. “If people are not seeing you represented as you really are, it’s going to affect how they think about you.”