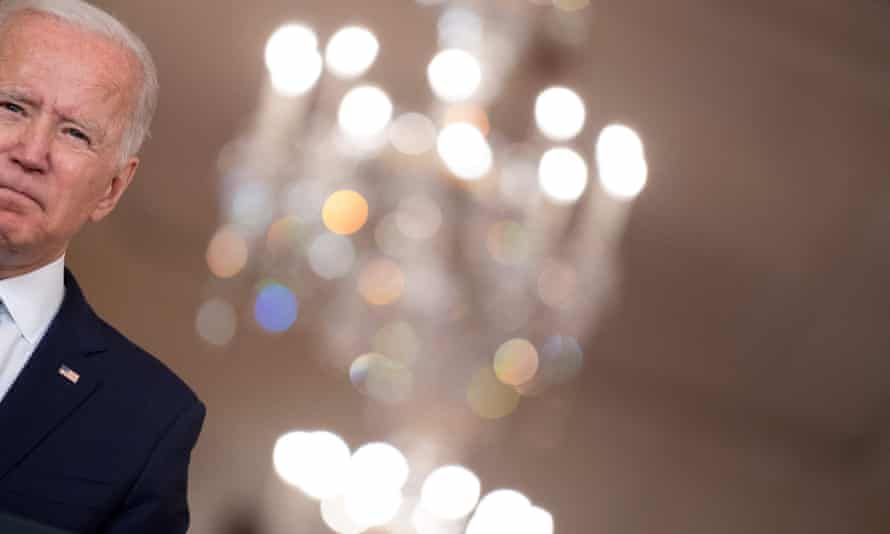 An Afghan interpreter who helped rescue Joe Biden after his helicopter made an emergency landing in 2008, when he was a senator, during a snowstorm has escaped Afghanistan with his family.

After the Taliban takeover in August, Aman Khalili remained in hiding for weeks before crossing into Pakistan and then flying on a US government aircraft to Doha, Qatar, where thousands of refugees from Afghanistan are being processed by US officials.

Khalili, his wife and five children had been unable to flee in the emergency airlift after the fall of Kabul, but managed to escape with the help of US military veterans and former Afghan soldiers, the Wall Street Journal reported.

In 2008 Khalili was working as an interpreter for US forces when Biden and two other lawmakers, Chuck Hagel and John Kerry, visited Afghanistan.

When a snowstorm forced the military helicopter carrying the politicians to make an emergency landing in a remote valley, Khalili joined a small military unit which drove from Bagram airbase to rescue them.

“Aman helped keep me and other Americans safe while we were fighting in Afghanistan, and we wanted to return the favor,” said Brian Genthe, a combat veteran who worked with Khalili told the Journal. “He’s a blessing.”

He was unable to secure a US visa before the Taliban seized control, and was quoted in a Journal story in late August saying: “Hello Mr President: Save me and my family.”

The White House press secretary Jen Psaki later pledged to help Khalili and his family, who hid in a safe house in Kabul.

Unable to board a refugee flight from Mazar-i-Sharif, in part because they lacked Afghan passports, the family traveled overland surreptitiously for two days to the Pakistan border, which they crossed on 5 October.

“After 144 hours of driving day and night and getting through so many checkpoints my family was so scared, but right now this is a kind of heaven,” he told the WSJ. “Hell was in Afghanistan.”

The state department is understood to be fast-tracking immigration visas for Khalili and his family, but such help is not available to thousands of Afghans at risk still hiding in Afghanistan.

Rights groups working to evacuate vulnerable Afghans say that more than 75,000 people at risk are still stranded inside the country.