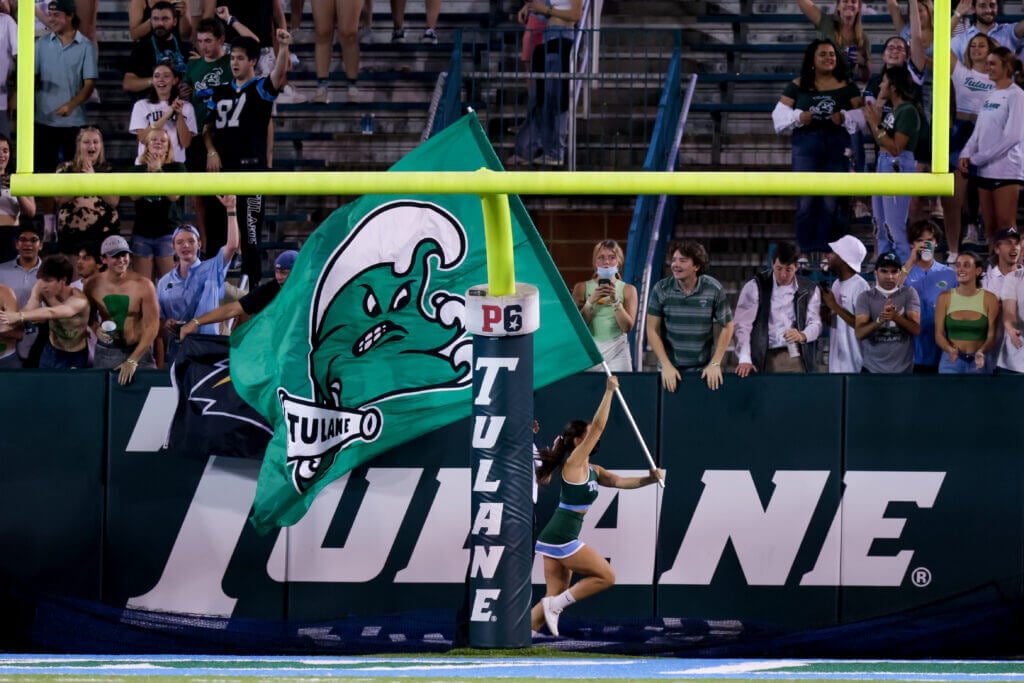 Jaxon Smolik put down his 9-iron after working on chipping and walked inside his house in Iowa. What was supposed to be a relaxing summer afternoon for the Class of 2023 recruit morphed into a story that will long be told among his family and prospective college quarterbacks.

A missed call and a follow-up text from a California number left him puzzled. What happened next could go down as the moment that changed Smolik’s quarterbacking career.

Five-star prospect Nicholaus Iamaleava backed out of the Elite 11 Finals at the last minute. Just one day before the quarterback showcase was set to take place in California, Elite 11 president Brian Stumpf called Smolik, the first alternate, to invite him to fill the last spot.

Smolik froze on the phone. The Tulane quarterback commit who had zero Power 5 scholarship offers and didn’t even have a rating in the 247Sports Composite said he needed to check with his parents first.

“I hung up the call and I started like freaking out,” Smolik said. “My parents called them back and then I was like, ‘Yeah, I can make it.’ They got a flight for me the next day at like 6 a.m. On the flight I didn’t even know if this was real or not. I thought I was dreaming.”

Been dreaming about this since 7th grade. Honored and blessed to compete @Elite11 @Stumpf_Brian. #Elite11 pic.twitter.com/9tsEYWxQGf

Smolik barely slept that night. With the benefit of hindsight, he was glad he didn’t have enough time to psych himself out. In the month since, as recruiting classes are rounding out and teams are still in need of a quarterback, the 6-foot-2, 200-pound prospect who opened eyes at Elite 11 has suddenly become an in-demand player.

“There’s an inspirational feel to him,” said Joey Roberts, director of scouting for Elite 11. “And I get people may have dubbed him the underdog or the last guy in, whatever you want to call it, but I think people quickly noticed like, ‘OK, so when they asked him to do this on rhythm, five-step, three-step, whatever, the ball is going exactly where he wants it to go.’ That’s the name of the game: Can I put the ball where I want it to go? And he did it over and over and over again.”

During the showcase event, Smolik wasn’t wide-eyed and he proved he was more than just a feel-good story. He roomed with Miami commit Jaden Rashad, though Smolik admittedly had no clue who the other quarterbacks were except for Iowa State commit JJ Kohl, who’s also from Iowa. The two played youth basketball together.

The Elite 11 staff was certain the other quarterbacks headlining this class initially had no clue who Smolik was either. But everyone took note of his accuracy and quick release. He picked up an offer from Cal — his first Power 5 offer — during Elite 11. He’s now a three-star recruit ranked No. 824 in the 247Sports Composite.

“He was just fearless and confident,” Roberts said. “It was like straight out of a movie — here comes the kid from Iowa and he’s not gonna care who is to his left or right, he’s just gonna throw it. … That alone, hands down if any college coach calls and is like, ‘What do you know about Jaxon Smolik?’ We know he’s hyper competitive. He sought out to compete with the best of the best and did pretty darn good.”

Days after the event ended and four-star quarterback Marcus Stokes flipped from Penn State to Florida, Nittany Lions offensive coordinator Mike Yurcich called to invite Smolik to Penn State’s final camp of the summer. Penn State coaches wanted to get their own evaluation on him, and Smolik put his nerves aside last week and earned a scholarship offer. With available quarterbacks dwindling and Penn State in need of one, he’s become the program’s top quarterback target.

Smolik spent Friday evening in Penn State’s quarterback room up at the board working to show Yurcich he understands what’s asked of him. Together they watched film of last year’s Penn State-Iowa game, one Smolik, a lifelong Iowa State fan, attended while being recruited by the Hawkeyes. Yurcich pointed out what the quarterbacks should and should not have been doing during that game. Smolik nodded along before meeting with James Franklin, who worked to try to quickly build a relationship with him.

“I loved it up there,” Smolik said. “I come from a pretty small town, Van Meter, Iowa. It’s kind of a little outside Des Moines. It’s pretty small. I’ve grown up in a small-town environment and I loved the campus there.”

Penn State won’t be alone in trying to flip Smolik, who committed to Tulane on June 23. Wisconsin and Notre Dame have expressed interest in recent weeks, he said. Both of the school’s offensive coordinators have reached out. While they haven’t offered scholarships yet, Smolik said both coordinators asked him point blank if they would stand a chance to land him.

Smolik had never spoken to either before and was unsure what to tell them. He’s still trying to wrap his head around all that’s transpired in the past month. With his high school preseason underway, he doesn’t have time to get out and see some of these places where he could only dream of suiting up just a month ago.

“This has all happened in the span of like four weeks for me,” he said. “Back when I wasn’t really kind of getting recruited, I sent just about every D-I college my tape and my film. Nobody really responded, which was kind of heartbreaking. But now here we are. How the tables have turned.”

Smolik laughs as he says it, exhibiting the same confidence that kept Stumpf enthralled as he sifted through quarterback evaluations and kept coming back to this “it” factor that Smolik’s limited sample size showed. They purposely look at the quarterbacks based on an assigned number as opposed to their names or star rankings. Throughout the regional evaluations, where Smolik was with a stacked group of quarterbacks in Nashville, his number kept popping up. Those working the regional event kept telling Stumpf they had no clue who this guy was, but they liked what they saw.

When watching the filmed drills back, Stumpf was intrigued too. He looked at Smolik’s breakaway ball score, the result of filmed throws where the quarterback’s release time and velocity are captured and then measured by a data company, and Smolik’s score was among the top 1 percentile of all quarterbacks measured this year. That score kept him in the conversation when figuring out where he should slot in with this class.

The problem was they didn’t have much game film to factor into his evaluation. Smolik broke his collarbone during the first game of his junior season and then returned late in the year when it was just 60 percent healed. Perhaps that detail is another to add to the Smolik scouting report.

“Every time we circled back and talked about him, we didn’t ever question his physical ability; it was just more so does he have the historical performance, do we know enough about him as a player in pads?” Stumpf said. “That was the challenging part of the evaluation because between sophomore and junior year, he’s only thrown a little bit over 200 passes as a varsity quarterback. He just didn’t have the biography of some of the other guys and the catalog of film and throws like some of these other guys.”

The Elite 11 staff knows that some of what Smolik will be up against as schools try to figure him out is that limited sample size. There’s also the fact the former baseball player wasn’t on the 7-on-7 circuit and isn’t coming from a talent-rich state like Florida, Texas or California.

In a day and age when quarterbacks are evaluated and their skills dissected years in advance of their commitment, there’s also something refreshing about a player like Smolik. Talent evaluators eventually found him, and suddenly teams in need of a 2023 quarterback are scrambling to learn more about him. Whether he decides to flip to a Power 5 school soon or waits to see how his senior season unfolds — and maybe leads to even more interest — remains to be seen.

“It may be a little stressful for the kid in his family, but sometimes it can actually be a benefit to be one of the last guys still on the board,” Stumpf said. “You’ve almost become the belle of the ball a little bit. … I’m sure the kid and the family would’ve loved to have had this happen earlier in the spring to be aware of some of these suitors and have a chance to build more long-term relationships, but at the same time he’s gonna have some pretty neat opportunities.”