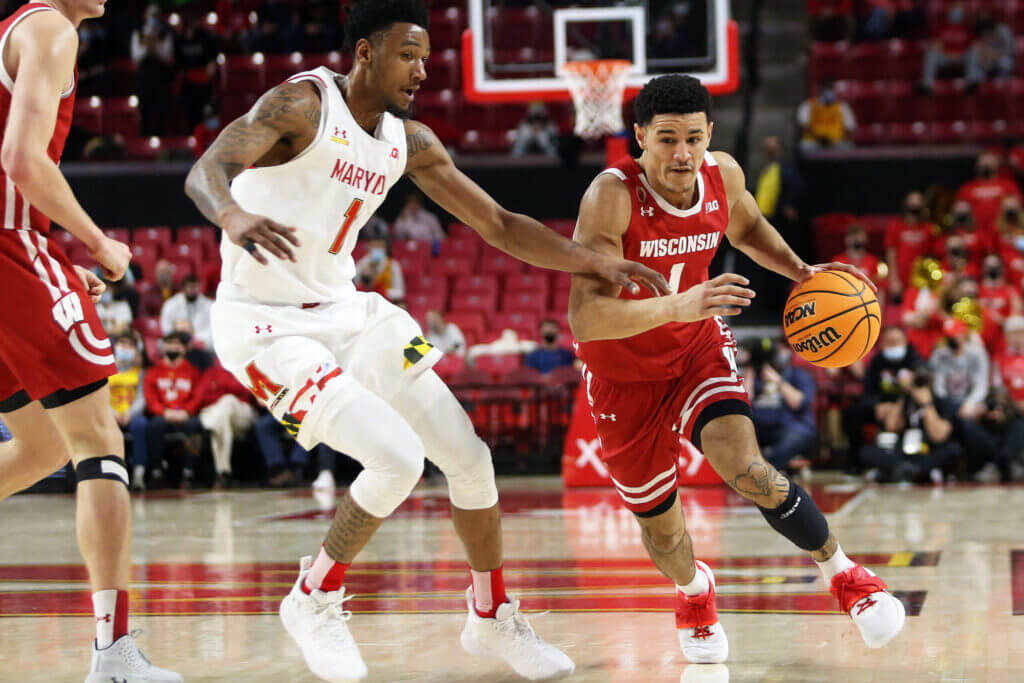 WASHINGTON — Johnny Davis never experienced anything quite like what he experienced on June 2, inside the Washington Wizards’ practice gym.

With Wizards president and general manager Tommy Sheppard, head coach Wes Unseld Jr. and the entire coaching staff dissecting his every move, the team exhausted him with one-on-one drills, and then it tried to put him through hell. As they do with every prospect who visits the District for a workout, team staffers asked Davis to sprint the length of the court and touch the baseline a total of 20 times — and do all 20 sprints within two minutes. And then they asked him to shoot 3-pointer after 3-pointer, in part to see how he would handle the fatigue.

Davis could have eased up. Instead, he confirmed what team officials already had heard about him throughout their deep dives into his game films at the University of Wisconsin and into his background: He might be the tough, competitive “dawg” Washington so desperately needs, especially on the defensive end of the floor.

On Thursday night, three weeks later, the Wizards selected him 10th in the 2022 NBA Draft and then billed him as someone who will earn a spot in the playing rotation at the beginning of his rookie season.

Davis, who measured just under 6-foot-6 in sneakers at the NBA Draft Combine, figures to add depth on the wing behind starting shooting guard Bradley Beal and starting small forward Kentavious Caldwell-Pope — assuming that Beal will re-sign with the team in free agency and Caldwell-Pope won’t be traded in the weeks ahead.

Davis most likely will compete with second-year wing Corey Kispert for playing time and could potentially eat into the minutes that combo forwards Deni Avdija and Rui Hachimura sometimes receive at small forward.

We welcomed ✌ new members to the squad tonight! #DCAboveAll | #NBADraft

Sheppard said if Davis had to play in an NBA game right now, Davis could “go between the one and the two pretty easily” and could serve as a third ballhandler in multi-faceted lineups.

Whether Davis can be a primary ballhandler may be an area in which Sheppard and Unseld differ a bit, at least for now. When Unseld was asked if Davis can serve as a lead creator for extended stretches, Unseld responded, “I don’t know yet, honestly. I don’t think he’s been tasked to do that at this point in his career. To say ‘no,’ I think would be jumping the gun, but I think he could grow in that area, for sure.”

Davis starred as a sophomore during the 2021-22 college season as he primarily played small forward, earning consensus All-America honors as he averaged 19.7 points and 2.1 assists per game and played enthusiastic defense.

How well his game will translate from college to the NBA remains an open question. Davis acknowledges that he relied heavily on his midrange game in college, and in the pros, he’ll need to prove he can space the floor. He made only 31 percent of his 3-point tries as a sophomore, but Davis noted that a good share of those attempts occurred when he needed to bail out his teammates at the end of the shot clock, leading to low-efficiency shots.

Sheppard and Unseld raved about Davis’ competitiveness and cerebral nature. Davis excelled at diagramming plays on a dry-erase board during his meetings with team officials, first during an interview at the NBA Draft Combine in Chicago and then during his subsequent visit to the Wizards’ practice facility.

“You could really tell that you had something special,” Unseld said.

With their second-round pick, the 54th choice, the Wizards drafted 18-year-old center Yannick Nzosa, who played the last two seasons in Spain’s top professional league and will be stashed there.

The team on Thursday did not accomplish a critical goal: acquiring a starting point guard through a trade.

“It wasn’t there,” Sheppard said. “I think a lot of times if you force something on draft night, you’re taking away the opportunity in free agency and everything that free agency represents. … The point guard, all along I felt it was going to come after the draft, not during the draft.”

Davis, who will turn 21 on Feb. 27, traced his competitiveness to having a twin brother, Jordan, who plays basketball at Wisconsin. Both Johnny and Jordan starred as football players at La Crosse Central High School, and as children, they often battled against each other on the family’s backyard basketball court.

Johnny Davis’ toughness manifests itself in his rebounding. He collected 8.2 boards per game as a college sophomore, and Wizards officials said they expect Davis to continue to rebound well as a pro.

The Wizards’ previous three first-round draft picks — Hachimura, Avdija and Kispert — often are described as high-floor, low-ceiling players. Because Davis is not thought of as an explosive athlete and because he struggled last season with his long-range shooting, he is likely to be labeled by some analysts as another high-floor, low-ceiling prospect until he proves otherwise.

But Wizards officials insist that Davis’ intangibles and potential are off the charts.

“He’s got an edge to him,” Sheppard said. “He wants to compete at everything he does.”

Open your eyes to Britain’s hidden history. Here’s our pick of places to explore