There are so many ways to explain why Juan Soto was just made the centerpiece of the biggest deal in trade deadline history. But here’s a way I always find fun:

Juan Soto by the numbers — the numbers that explain why a hitter like this just got mixed up in a deal like that.

Soto is 23 years old. I counted 20 players in the Futures Game who were older than him. Those 20 players haven’t even started their major-league careers yet. Soto just got traded for the half the population of La Jolla.

Soto’s career OPS+ is 160. In other words, when you adjust for his era, league and home ballpark, he’s been 60 percent more productive than the average hitter in the majors over the last five seasons. He’s 23! Who does that?

Glad you asked. I checked. These are the only hitters in the modern era with an OPS+ higher than Soto’s through their age-23 season (and at least 2,000 plate appearances): 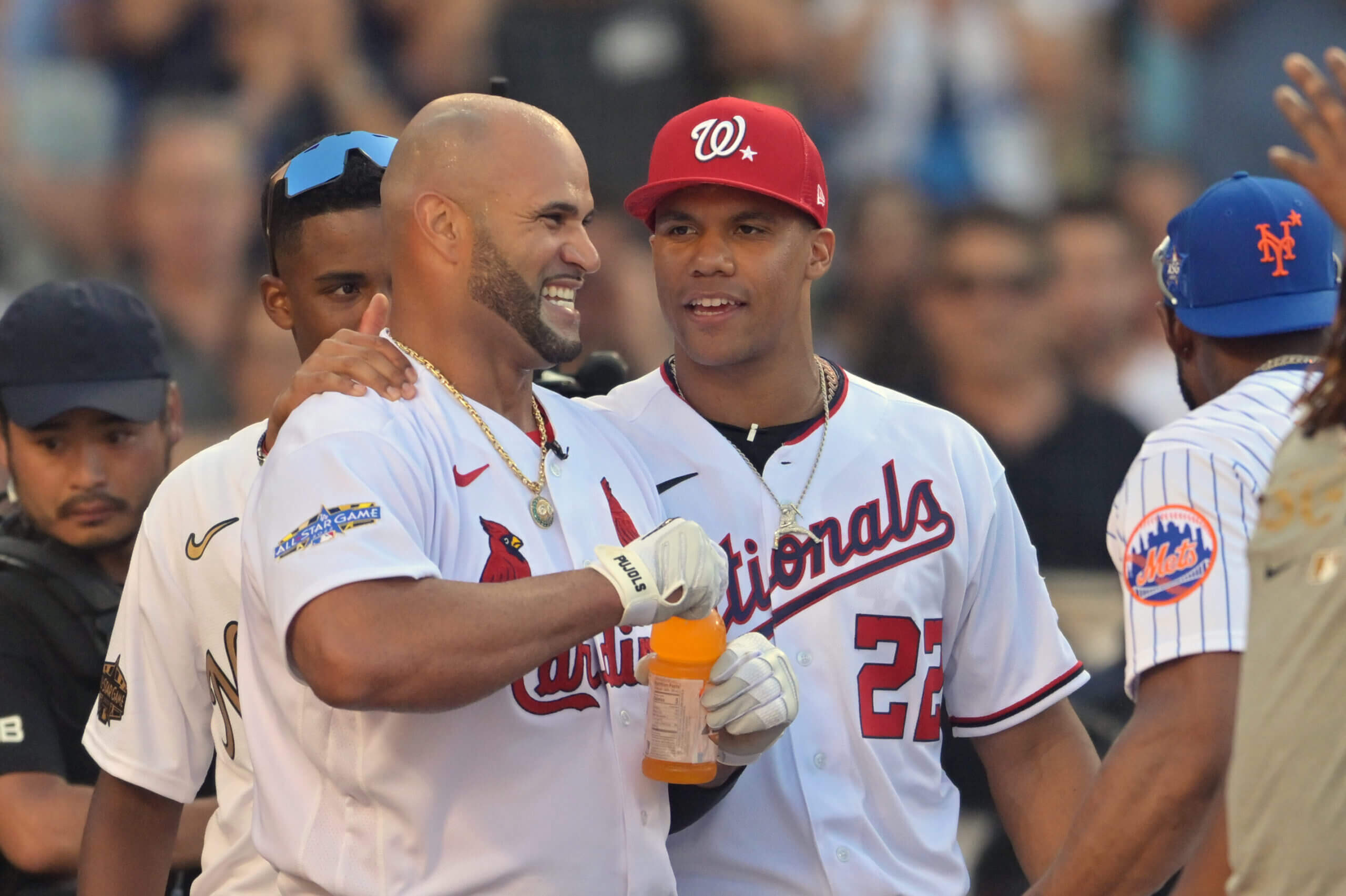 But hang on. Of the top 15 players in modern history on that list, every one of them is a Hall of Famer — except for Trout, Pujols and Soto. Does it seem a little premature to predict Soto is heading for Cooperstown someday? Of course it does. Until you start digesting the idea that everyone who has had this career path is either a Hall of Famer or a Hall of Famer waiting to happen. And on that note …

Have I mentioned that Soto is only 23? Oh, that’s right. It’s come up. But even at 23 — an age at which Chipper Jones hit his first home run — Soto already has launched 119 career homers. History tells us players with that many homers at that age never get traded. But apparently, the historians haven’t spent much time around Padres president of baseball operations A.J. Preller.

Since we just established that Soto is on a Hall of Fame track, I looked at all future Hall of Fame position players in the live-ball era who changed teams in their 20s. Only one of them was Soto’s age or younger at the time he was traded. That was Roberto Alomar, who went from San Diego to Toronto, at age 22, in a memorable 1990 offseason deal that also involved Fred McGriff, Joe Carter and Tony Fernandez.

Alomar had 22 homers at the time of that deal. That’s the most of any future Hall legend who was traded this young. So Soto just blew away Alomar’s record by almost 100 homers.

That’s Soto’s career on-base percentage. Here’s the full list of players with that good of an OBP through their age-23 season (and at least 2,000 plate appearances):

Five seasons into his career, Soto’s career walk percentage is 19.02 percent. Here’s your leaderboard for highest walk percentage by any player in the live-ball era through his age-23 season (and at least 1,500 plate appearances):

Yes, you read that right. Soto draws walks at a higher rate than Williams, the most selective hitter who ever lived. Who knew that was possible?

OBP titles won by all Padres players combined since the franchise was born 53 years ago: One!

Before we move on, here’s every hitter in the modern era who has led his league in on-base percentage at least twice by his age-23 season:

FYI: You can dig up more background on those other five guys in Cooperstown, N.Y.

In his final game with the Nationals, Soto walked three times (and also homered off Max Scherzer), because of course he did. It was the 31st game of three-plus walks in his career. He’s 23!

That’s more than the total number of three-walk games in the entire Padres careers of Tony Gwynn, Dave Winfield and Fred McGriff.

So here comes another magical list, of players in the live-ball era with more walks than strikeouts, plus at least 100 career homers, by their age-23 season:

That’s five Hall of Famers … and Soto. Ohbytheway, the only one of those guys who has played a game in the last half-century is … Juan Soto.

Finally, Joe DiMaggio is a Hall of Famer. His career OBP was .398.

Honus Wagner is a Hall of Famer. His career OBP was .391.

So why do I bring that up? Because Soto heads for San Diego with a career on-base percentage of .427. Here’s what that means:

And that, friends, is why Juan Soto just got mixed up in the biggest trade deadline deal ever.