PITTSBURGH — The play at third base was freaking awesome, of course. We’ve come to expect that from Ke’Bryan Hayes.

It was — but don’t overlook the routine fly ball Hayes hit in the 10th inning. Wait … what?

With runners on first and second and none out, Hayes flew out to right field. Nothing too special about it, except it was deep enough to move Bryan Reynolds to third base. That eventually led to the walk-off wild pitch that lifted the Pirates to an improbable 5-4 victory and a three-game sweep of the NL Central-leading (and now swiftly sinking) Brewers.

“What a weird game, man,” said Michael Chavis, who was at the plate when Brewers reliever Matt Bush bounced a curveball and opened the door for Reynolds to score.

Weird, wonderful, gritty, mind-blowing … choose your adjective. They all apply.

For the third straight game, the Brewers blew a multi-run lead after the fifth inning. Their decision to trade closer Josh Hader seemed puzzling when the deal went down Monday. Now, it reeks of short-sightedness. 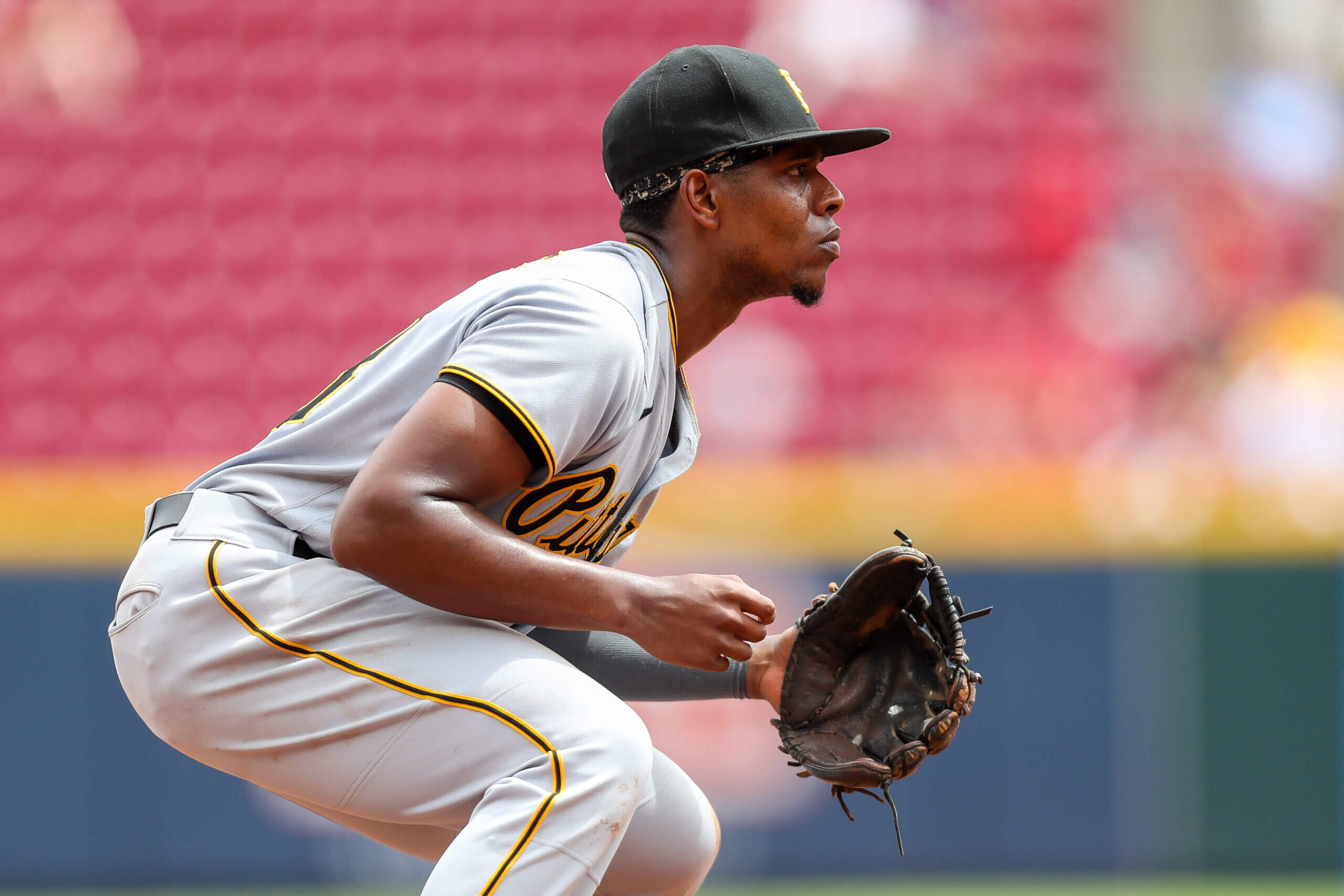 The Pirates pecked away at right-hander Brandon Woodruff, and got two runs in the seventh to tie the score at 3. In the ninth, the Brewers loaded the bases with one out against righty reliever Colin Holderman, whom the Pirates acquired two weeks ago for Daniel Vogelbach.

Holderman fell behind 2-1 against pinch-hitter Tyrone Taylor. The scouting report says Taylor is a pull hitter, so Hayes took an extra step to his right when he saw catcher Jason Delay call for a cutter.

Taylor lashed the ball down the third-base line. Hayes made a ballet move to snag the ball. “I knew I had time because I was playing in and I was right on the bag,” Hayes said.

In an instant, Hayes gathered himself, coolly stepped on the bag, then unleashed a throw across the diamond that was both elegant and as brutally efficient as a back-alley stiletto.

“I was thinking he might go home, but I’m (going to) the (first-base) bag just in case,” first baseman Chavis said. “As soon as I turn, I see him stepping on the (third-base) bag and making a throw. It’s Ke’Bryan, bro, so I just have to stand there and catch the ball. It’s going to hit me in the chest. He takes care of everything.”

Taylor was out by a step at first. Double play, inning over.

“We get spoiled,” Shelton said. “We see maybe the best defender on the planet almost every night. This guy’s special.”

Watching from the clubhouse, right-hander Zach Thompson knew right away it was a money play.

“That play saved us huge,” Thompson said. “He should get paid.”

Thompson paused and grinned, waiting for some wise guy to point out that Hayes signed an eight-year, $70 million extension in April.

“Pay him again,” Thompson said. “The guy is incredible.”

The Brewers got a run in the 10th, but again left the bases loaded when left fielder Ben Gamel made a diving catch to end the inning. That set up the wacky bottom of the inning, which began when Reynolds, who won Wednesday’s game on his first career walk-off homer, dropped a first-pitch RBI double into right field.

“I’m sure everybody saw me go 0-2 (in the count) and they’re like, ‘Welp, he’s screwed,’” Chavis said with a laugh. “But everything worked out.”

Bush spiked a curveball and catcher Victor Caratini had no chance. “Very tough to block (because) he bounced it very short,” Brewers manager Craig Counsell said.

The ball rolled toward the backstop and Reynolds ran home. It was the Brewers’ second wild pitch of the game. Caratini also had a passed ball that allowed a run to score in the second inning.

Later, someone suggested that funny bounces cost the Brewers the game, but Counsell wanted no part of that.

“Look, let’s not. … You can call it what you want, but you’ve got to give them credit for making plays,” Counsell said. “That’s not ‘the ball bouncing your way.’ That’s them earning the win. We got swept. We didn’t play quite good enough. This was a series where they just beat us. They played well and they beat us.”

The Pirates rode a seven-game losing streak into the Brewers series. They endured the stress and uncertainty of the trade deadline. On Tuesday, Shelton held a closed-door meeting with his players.

“He talked about how close we’ve been and (how) there were some good ballgames in there, some really good at-bats, some really good outings from pitchers,” Chavis said. “He told us things were going to fall our way, eventually. Today’s game was a great example of it.”

It wasn’t a perfect game, but any stretch. Thompson yielded three runs in 4 1/3 innings and is winless in his past eight starts. But the bullpen was solid. Newcomers Eric Stout (called up Thursday), Yohan Ramirez (called up Wednesday) and Holderman (called up Tuesday) blanked the Brewers for a combined 4 2/3 innings.

“We’re headed in the right direction,” Hayes said. “As long as the pitching keeps us right there, we’ll be OK.”

That and a few timely hits were enough to produce the Pirates’ sixth walk-off victory and finally give them a winning record (17-16) in one-run games.

“It’s nice to come out of the (trade) deadline and play that well for three days,” Shelton said. “We did a nice job throughout this whole series of creating our own opportunities and our own breaks. That’s how you win close games.”