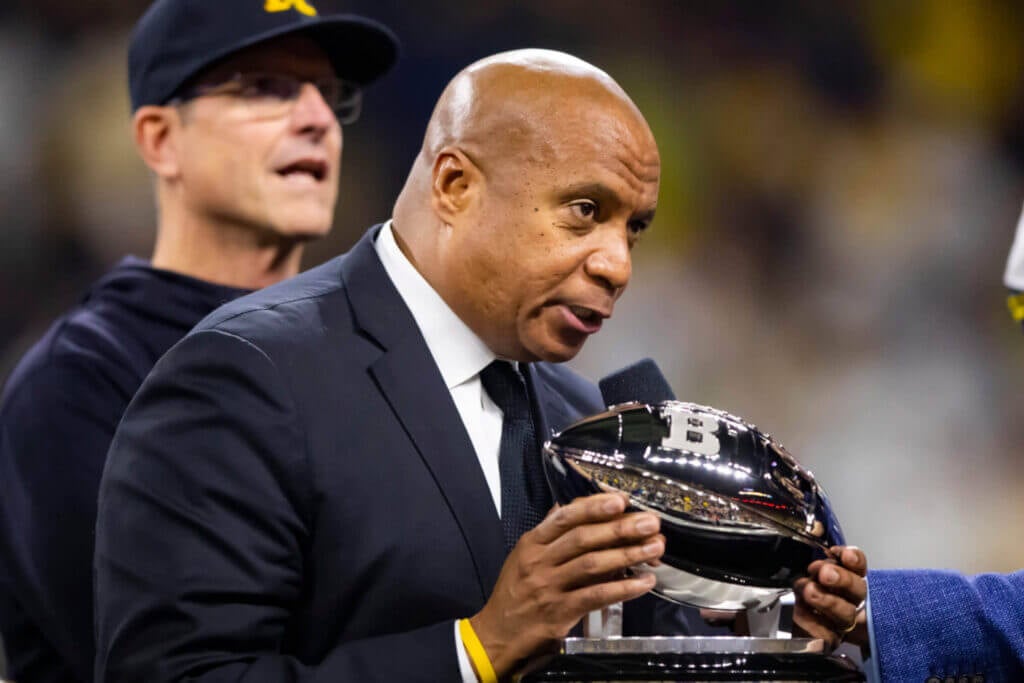 Big Ten commissioner Kevin Warren said the conference may expand further in the future after moving to add USC and UCLA this summer during his opening address at Big Ten media days in Indianapolis.

“It may include future expansion,” Warren said of the league’s road ahead, “but it will be done for the right reasons at the right time … We will not expand just to expand.”

The conference announced on June 30 that USC and UCLA would leave the Pac-12 for the Big Ten with a start date of Aug. 2, 2024, sending college football into another realignment rumor frenzy.

B1G commish Kevin Warren on future expansion: It will be strategic, it will provide additional value and provide a platform for athletes. Big Ten will not expand just to expand.

Warren, entering his third football season as Big Ten commissioner, is also leading the league’s negotiations for its next media rights agreement. The current deals with ESPN and FOX run through the 2022-23 academic year. He confirmed that USC and UCLA will receive full revenue shares right away upon joining the league.

On the topic of College Football Playoff expansion, Warren said he was “100 percent supportive” of a larger format and stressed the need for multiple media partners in the Playoff’s next iteration.